Put to the Test 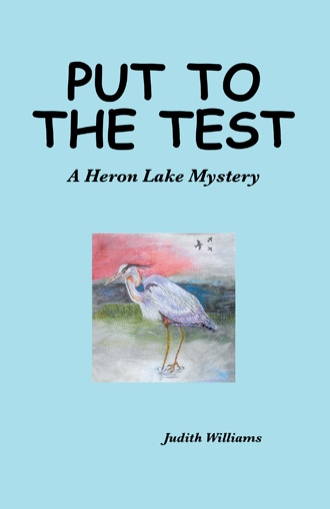 An apron of gravel adjacent to the only public landing on Lake Alberta's east end seemed the best place to park the squad car. As he set out on foot his concentration was tunneled on the marshland and forest beyond. Hikers had beaten a path along the water's edge but this trail abruptly ended, and David found himself fighting his way through tall grasses. Added to this impediment were hidden ground depressions he soon termed ankle-turners and as the marsh itself loomed closer, the suction of the spongy soil threatened to claim his shoes. More than once he asked himself how an old man could possibly hope to reach so inaccessible a spot, but the prospect of gleaning new information overruled his misgivings. Plus, he told himself, native Heron Lakers knew the terrain better than he did. Maybe there was a far less arduous access to the forest.

His appointed meeting place lay just yards distant when he heard the shouts. At first he dismissed them as children at play, but when the yelling persisted and grew more strident, he was compelled to tear his thoughts away from his mysterious informant. Straining to hear while he struggled back in the direction of the lake, he finally made out several distinct calls for help. Two young boys were shouting from the southeast shore, their eyes fixed on a makeshift raft bobbing near the center of the lake. As David drew closer he realized with horror that the raft was just a piece of plywood and that seated precariously on top was a toddler. 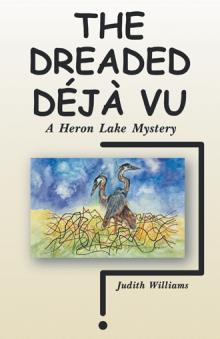 Willow Rather is a lonely Chicago transplant who decides to return to her small town of Heron Lake and to Aaron Rather, the grandfather she loves. While Willow is still wrapping up her affairs in Chicago, Aaron Rather dies in a fall that is officially deemed a suicide. Despite the existence of a suicide note, Willow is convinced that her grandfather was murdered, and she returns to Heron Lake to ferret out the truth.

Aaron’s death and its aftermath cause a reluctant psychic to come forward, and soon everyone questioning the suicide is in danger. Stymied by the lack of a clear motive and hampered in the investigation by their own police department, Officers David Kennison and Doug Podgorski struggle to net a wily, determined adversary. As the threat to the town escalates, David must deal with mounting tensions in his marriage, and Doug begins to fear that his deepening feelings for Willow may never be reciprocated.

Despite a breakthrough in the case provided by an unexpected source, the two officers find themselves locked in a game of catch-up with a killer whose obsessive quest manages to put everybody to the test.