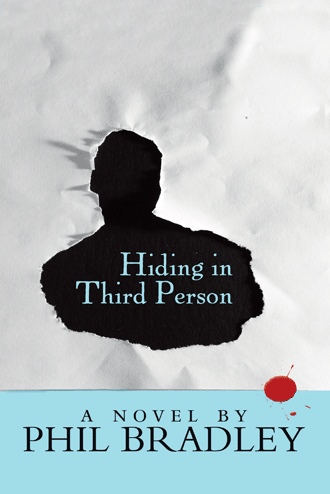 Orderlies hear a lot of stories at the Cumberland County Psycho Spa and Dude Ranch. That, of course, is not the real name of the place where I work, but that is what everyone calls it. By “everyone,” I mean me. The real name is the Cumberland County Asylum for the Mentally Ill. Somehow, referring to it as a spa and dude ranch makes it a less depressing place to work.

Through the security glass in the door that separated those who lived at the asylum from the sane but unfortunate people who looked after them, I could already see some of the crazies milling about. I got a chill when I noticed a face peering at me through the glass. I smiled, and the face in the glass did as well. Does my face really look like that? I wondered. It was an impish, bony face; that had always been true. But my smile seemed unfamiliar, as if it belonged to someone else. I pushed the door open and pushed my reflection away from me. I stepped into the inner workings of the asylum, the psycho spa, to begin my day.

Yesterday Dr. Benitez stopped me while I was mopping the floors. One of her patients had a story to tell me, she said. For several reasons, I was interested. Some stories told at the spa and dude ranch are way out there, incredible and undeniably the product of lunacy. Wackos who live in worlds they create for themselves make up all kinds of stories about all manner of people and creatures in places real and I have worked here for five years, and in that time, I’ve heard some crazy tales.

Most of the time, my job is monotonous: escort patients, mop up vomit, make beds, and clean common areas. The work is mind numbing day after day. However, there are two types of entertainment at the psycho spa, as far as I’m concerned. One is watching the loonies do dumb things: run into walls, fight with each other, talk to the plants, laugh at the wallpaper, and millions of other insane stunts. Seriously, it’s better than watching cartoons.

Listening to some of the guests tell their wacky tales is the other way I keep myself from going batty at work. Some of their stories are absolutely priceless. Stephen King couldn’t write them any better.

Often, I free up an hour or so between my morning tasks and what some of my coworkers call “loony lunchtime.” I find a patient and encourage them to talk. Wackos tell stories about their past exploits. Some stories seem plausible and even authentic. Some are pure fiction, such as stories about fighting in the Civil War or being Amelia Earhart. One lunatic told me about the time he fought alongside George Washington, for crying out loud.

Schizoids might talk impressively about many different characters in the same story and even provide each character’s intimate thoughts. Sadly, it seems that some of these loons have multiple people living in their brains. That is why some of them are strapped into their wheelchairs or tied down in bed at night.

Listening to the kooks’ descriptions is often better than reading a book. Loons paint their yarns with the smallest of details— time-and-place-appropriate details that make their accounts come to life. Clothes, names, family trees, houses, cars, street names, smells, and colors—you name it, and they can describe it. The best part— what makes their stories so wonderful—is that they seem completely sincere. They sell their stories by the looks on their faces, their body language, and their tone. They put all of their emotion into the tales they tell.

Sometimes the doctors ask me to listen to patient stories. “Ricky,” they will say, “please sit and listen to poor Mr. So-and-So or sad Mrs. Loopy Lady.”

Our patients come in different flavors—that is, we have patients who suffer from a wide variety of ailments or psychosis. For some, it is dementia. For others, it is depression. For a few, it is brain trauma caused by a physical accident.

Some tell far-fetched stories that are obviously born of hallucination—the little-green-men variety, for example. Some tell stories that are real but not consistent with the present—for example, an old person describing something he or she was involved in as a child but acting as if the event took place recently.

Occasionally, some of the elements of a patient’s story are true, and some of the elements of the story are false or inaccurate for some reason. For instance, one man told me that when he was thirteen, he and a friend got trapped on a railroad bridge as a train was coming across. I’ve heard that story over and over again. The train came faster than they anticipated; the friend got stuck on the tracks and lost his leg to the train. Funny thing was, the man who told the story was missing his right leg. Turns out it was easier for him to remember the story as if he were the friend who made it off the tracks safely and not the one who had his leg amputated by the locomotive. The thing is, I can relate to these kinds of stories and these kinds of people. Part of my life is a lie. I cover up the lie well, but sometimes I think about how my life might have turned out if I had not been so stubborn and reckless.

Hiding in Third Person is the story of friends who help each other during desperate times. Ricky, a flippant orderly befriends a mental patient at an asylum he refers to as the spa and dude ranch. He listens to the man, the other orderlies call Mr. River, tell a dubious tale of two teenage boys on the run from an assassin.

In River’s story the boys, Malachi and Doc, take refuge at an abandoned military base, BOMARC, nestled in the heart of the idyllic New Jersey Pinelands. The killer, known to the boys as The Finder, hesitates to follow them into the facility because it was once the site of a plutonium spill.

Unknown to the teens, three law enforcement officers are also on their trail. Cancer worries, and false identities hinder the cops in their search. Evidence from a suspected murder scene, and a mysterious code baffle the officers, keeping them one step behind the killer. The Finder, ultimately corners the boys, and Mr. River’s story ends with a bloody showdown.

Asylum doctors believe Mr. River is a hopeless case and plan to move him to a dark and remote institution. Their diagnosis hinges mainly on the fact several characters in River’s tale are imaginary. Ricky, though, is certain the story is completely true and knows that he can prove it to be so. These circumstances leave the orderly with a serious dilemma.

Hiding in Third Person shares the gripping tale of two runaway teens as they confront an assassin the New Jersey woods, and life comes full circle to finally reveal the truth years later.

Phil Bradley is a high school teacher and retired Air Force officer. He was stationed in Central New Jersey when he was inspired to write his debut novel. Phil now lives in North Carolina with his wife, Darla.