The Story of James Rubin Shepard 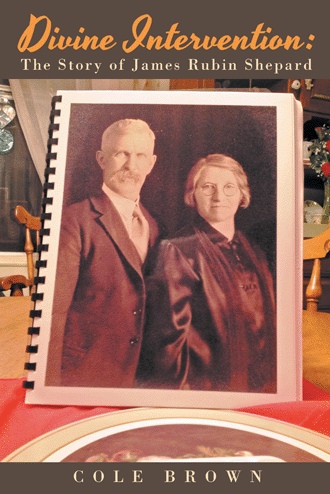 The train now headed directly west as it entered Ohio. Presently they advanced to Canton, a short passenger stop on the itinerary. As they pulled into the terminal James examined his pocket watch, 11:40 a.m. He held the watch to his right ear; he strained to hear the distant ticking. It served to unravel his already frayed nerves. James disembarked the train, alighting and walking west along the tracks. He figured to re-board the train in Massillon, another scheduled stop further to the west several miles. James didn't care how far he had to walk; his fragile mind and emotions were in a place far from rational contemplation. If his path took him off the edge of the earth and into the abyss, so be it! The chaos in his mind and soul had reached its zenith. About three miles into his hike west James recognized a lake one mile in the distance. He had viewed this body of water from Massillon two days earlier on his journey east to Galluadet. Now, on his return trip he approached the lake heading west and close at hand now a small white building with a sign which read "Krause's Hardware" sprang into immediate view. A train east happened by, all along the tracks the car wheels chimed out the rhythmic refrain "better off dead", "better off dead". In his now tragic frame of mind, James sauntered up to the front window of "Krause's", where he gazed at the various items on display. Now frozen before this array of products one in particular caught his attention. It was a small revolver, an 1856 Smith and Wesson. Without hesitation James entered the store and purchased the weapon, along with a box of cartridges. He mused as he left the store that one cartridge would have been adequate. He put the cheap bulldog revolver and the cartridges in his pocket and continued on to Sippo Lake to the west. The train track ran close to the southern tip of the lake, which up close appeared quite substantial in size, with 2-3 miles of shoreline extending northeast. A row of icehouses stood between the track and the lake. Running far out into the water was a chute in which the blocks of ice were carried up to the icehouse in the winter. No ice apparent now, the early spring and mild temperatures had seen to that. James clambered into the chute and walked down to where it entered the water. He could see no one anywhere nearby, except one person at least a mile or so across the lake. He was very much alone for this life ending moment. Someone had thrown a heavy chunk of steel rail in the lake and a long wire fastened to it revealed that it had been used as an anchor for some fisherman's boat. With the rail submerged in the water, James wrapped the wire around his body several times. The weight of the iron rail had a strong pull; James knew it would hold him under the surface once the deadly deed was completed. He double checked the wire. It was secure to his person. He was ready to end the misery. James dropped one of the cartridges in the water and inspected the air bubbles in the water; he estimated the water depth at 6-8 feet. Everything was silent. No one else in sight for more than a mile. From the other side of the lake came the faint smell of burning leaves or grass. James put a single cartridge in a chamber and revolved the cylinder until it was in the firing position. Then having made sure he was in the correct position to drop in the water after the fatal shot, he placed the muzzle in his mouth and with his thumb pushed the trigger back hard.

Born at the peak of the Civil War in 1863, James Rubin Shepard faced overwhelming tragedy and daunting personal disability in his struggle to rise above his obstacles and persevere. Even so, his intelligence and academic prowess helped him find a way through the difficulties he encountered. Divine Intervention tells the life story of James Shepard, from early childhood through his dreams of becoming a lawyer and entering politics, ambitions that were forestalled when a sudden hearing ailment brought on total deafness. This disability, poorly understood in the late nineteenth century, left him in mental and emotional anguish. As James struggled to quiet the turmoil within his soul, he also searched for a way to reconcile himself to his strange and silent new world and to the fact that he had to leave his lofty dreams behind. This fictionalized memoir shares the remarkable life of James Rubin Shepard, offering a true and inspiring story set in late nineteenth-century America.

Cole Brown was born in Lansing, Michigan. After living and working in North Orange County, California, for fifteen years, he returned to Michigan, where he currently lives with his wife of thirty-one years, Kathy, and their two children.