Out of the Ashes Came Hope 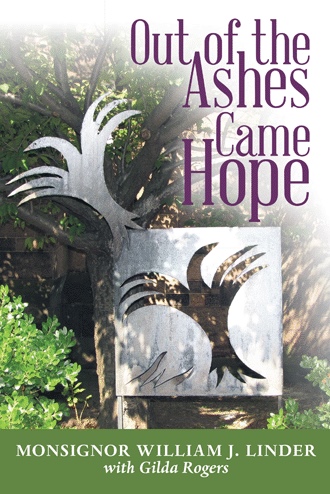 That Tuesday, I reported to the chancery in Newark, where the archbishop handed me an envelope with my assignment. The content within this envelope held my future. All that I had imagined myself doing - serving God and His people - waited for me inside the envelope. While sliding my finger beneath the seal, I said this quick prayer, "God use me where I am most needed." My journey to Newark would cause me to defiantly question my Catholic faith. God in heaven and of the universe had ordered my steps into a thicket of unknown uncertainty, into the wilderness of a broken city, where all hope was shattered and dreams snuffed out. . . My challenge was to manifest His love through deed. At age 27, I had never set foot in Newark until the day I received my pastoral assignment. I had no idea what to expect. But because I believed in God's Providence, it resonated in me that Queen of Angels was where I was supposed to be. . . The truth of the matter was that being Black and Catholic was not a popular choice. . . There had been a small group of Black Catholics in Newark dating back to the 1920’s. . . Poet and activist Amiri Baraka’s mother, Anna Jones, belonged to Queen of Angels in the early years. The majority of parishioners at the church came from the Central Ward housing projects. . . Ninety percent of the parishioners were new to the Catholic religion, which, for me, made the atmosphere truly thrilling because there was a cross-section of ideas emerging. The year 1963 was a dynamic time at the church.

The 1960s in Newark, New Jersey, were a crucible of racial tensions. While the civil rights movement slowly planted the seeds of hope and resilience across the rest of the nation, the movement in Newark faced intense challenges from an entrenched and racist political power structure—culminating in the ’67 Newark riots. But while these riots reduced the Central Ward to rubble, one place was spared from the destruction and would become a hub for social change—Queen of Angels Church.
Out of the Ashes Came Hope is an inspiring and timely memoir that illuminates the life work of Father William J. Linder, a newly ordained white priest whose radical transformation takes place once he is assigned to the all-black parish at Queen of Angels in Newark, New Jersey, in 1963. Father Linder imbues hope into a dread of hopelessness that plagued the lives of many black residents—many of whom had grown accustomed to living in squalid conditions and dilapidated public housing. As a messenger of God’s love, Father Linder’s journey to Newark activates and galvanizes the community to believe that change is possible, and together they embark on a task of epic proportions—to rebuild Newark’s Central Ward.
His journey hand in hand with his community speaks to a life dedicated to working with the most vulnerable and downtrodden people in society. He is a servant of God who is always bound to hope—the most spontaneous prayer that exists.

William J. Linder retired from active ministry in the priesthood in Newark in 2012 after serving residents there for over fifty years. He holds a master’s degree and PhD in sociology from Fordham University, and he is a renowned expert in the field of economic and community development. His mission is to help residents of inner cities improve the quality of their lives to reflect individual God-given dignity and personal achievement.