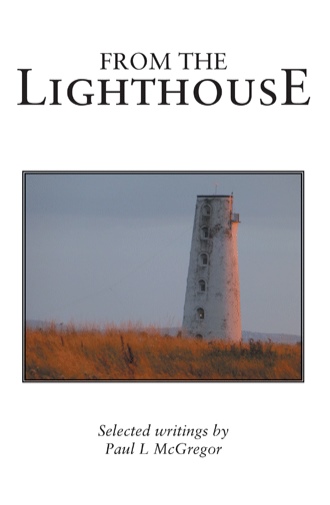 That was the year Dad got a promotion and his firm sent him on his first ‘business trip’ – to New York! He talked about it for days before he left. So we were all excited when the postcard arrived. It was just before we left for school one day and Mum picked it up off the rug in the hall. But she didn’t look excited at all. She read it quickly and then handed it to me.

‘They’ve diverted his plane,’ she said.

‘What is diverted, Mummy?’ my three year-old brother, Simon, asked.

‘It means they had to land somewhere else. There was a lot of snow.’

I turned the postcard over and I still remember the disappointment. Where was the Empire State Building? Where was the Statue of Liberty? It was just some place called Bangor, Maine.

Tom, my elder brother, pulled his school atlas out of his satchel and started looking for it.

‘Here it is!’ he shouted, pointing at a spot on the map just two inches from our home. ‘He could be back here tonight!’

I pulled the atlas out of his hands.

I turned to page 39 and ran my finger over Portland, Augusta…

‘Bangor! There it is!’ I announced, trying to keep my finger on the spot on the map as I showed the page to Mum. I think she was proud of me for being able to use an atlas, but she also had that look of anxiety on her face, the look that never left her.

I picked up the postcard again. It was the type with four small pictures instead of a big one. The words, Bangor, Maine, were printed in a circle in the middle.

In the top, right-hand corner was Bangor Public Library. It had a dome and white marble steps in front. Two men in shirt sleeves, carrying brief-cases, were walking up the steps. They looked so relaxed, just like all Americans, I thought. Our Dad never looked that relaxed.

The next box showed a ‘Standpipe.’ I had no idea what it was. It just looked like our Leasowe lighthouse, just a lot fatter.

On top of the City Hall was the American flag. The flag was my favourite part of the picture. I loved the straight, white and red horizontal lines, so bright, strong and no-nonsense. But it also had the fireworks and fun of the bright stars. It was much better than our British flag with its complicated diagonals and crosses and you could never remember which way up it had to be.

Then there was a single-storey building with a green awning, casting a shadow over the pavement. (My Dad told me they call them sidewalks over there.) It was obviously always sunny in Bangor, Maine. On the awning I could make out the words, ‘The Lobster Basket, Seafood Specialties.’ I wondered what lobster tasted like and whether my Dad had tried some. Maybe he’d eaten in that very restaurant.

Next was a picture of some a strange sculpture with workman with no shirts on. Simon pointed at it with his grubby finger.

‘Daddy! Daddy in the garden!’ he shouted, as his finger left a trail of jam on the card.

Mum took the card off him, but a sticky red trail remained.

We had to get to school, so Mum jammed the card in between the mirror and its frame, high up over the fireplace.

It seemed a long time before Dad finally got back. I asked him to tell me all about Maine and New York. He just said that Bangor had an old railway bridge and that he especially liked the Buick motor cars that we never see in England.

‘Did you mind having to stay in Bangor?’ I asked, still curious.

‘Where did you stay?’

That was all he’d tell me about Bangor, Maine.

The postcard remained up there over the mirror for at least two or three years. I couldn’t reach it, so whenever I wanted to feel what it was like to be in America, I’d ask Mum to take it down for me. I’d stare at it and imagine I was in America. As time passed it started to fold at the corners from the heat of the fire. Then one day it disappeared. It was about the time Dad also disappeared. Mum wouldn’t say where he’d gone.

Many years later, after Mum died, I was reminded of Bangor, Maine once again. A letter arrived from a woman over there. She claimed to be my half-sister. She told me that our Dad had just died and that her Mum wanted to invite me or one of my brothers to Bangor so that she could get to know the side of the family she had never met. Her Mum was rich and would pay the airfares.

From a back garden near Liverpool to the borders of Afghanistan, from Moscow to New York, author Paul L. McGregor takes us on a journey of discovery through fiction and journalism.

A son of the working class, he presents narratives that combine fictional portraits of those who today would be called underprivileged with journalistic pieces whose countercultural commentaries offer a reminder of long-lost and much-maligned cultural, spiritual, and personal values. In these tales, McGregor recalls his parents, his childhood home, and his working-class neighbourhood in England; the collapse of the workers’ paradise in Russia; and meeting the saintly Fr. Ho Lung in Kingston, Jamaica. Riding a bus to the Mexican border an ex-convict gives him a lesson in dignity, and centuries-old frescoes in Italy lead him to reflect on what future awaits the Western world.

By turns poetic and whimsical, this insightful collection of stories describes one man’s quest to sail off into the world and share the adventure.

Paul L. McGregor was born in Dublin in 1955. He graduated from the University of Oxford in 1978 with a degree in modern history and modern languages. He has lived and worked in France, Belgium, Russia, Azerbaijan, Central Asia, and Lebanon. He now lives in New York where he works as an interpreter. He interpreted for Pope Benedict XVl at the United Nations in 2008 and for Pope Francis in 2015.