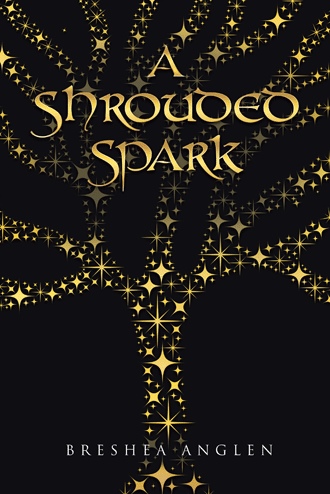 He sat at the bottom of the front steps. When he heard her come outside, he stood immediately and turned toward her. Noni closed the door but stayed close to it.

He opened his mouth to speak but nothing came out. He seemed troubled, torn, and unsure of how to proceed. Noni didn’t push, didn’t prod, she only waited for him to say something, because before the night was out, she wanted answers.

“Please take this seriously.” Alex took one slow step forward, trying his best not to intimidate the girl before him. “Do you believe that there is something else…out there?”

Noni watched him warily, immediately thrown off by his question and his subsequent hand motion, arms encompassing everything around him.

Alex smiled nervously. “No. Not exactly.” He spoke. “Not so much that as…that there are things in this universe, beings, that can’t exactly be explained.”

“You’re not making any sense.” Noni folded her arms across her chest protectively. “I didn’t come out here for an existential conversation—I came out here for you to tell me the truth about what you want with me—”

“—But I am.” Alex cut in. “That is exactly what I am doing. Everything I mean to tell you will be extremely difficult for you to believe, and so I need you to be open. Open to everything. Or else this will all be in vain.”

Noni watched him—his eyes—and saw nothing but truth in them. And fear.

She spoke again. “Okay, Alex. I can entertain the idea that…that humans aren’t the only things out here. I mean I’ve read enough and watched enough to believe that we aren’t alone.”

Alex stepped toward her, up the stairs and stopped two stairs below her. Still, he was as tall as she was, standing there. “I won’t hide things from you anymore Noni; from here on out, I will be absolutely and completely truthful.” He told her. Noni nodded.

Alex took a deep breath and peered directly, deeply, into Noni’s eyes. Then, as he spoke, chills ran up and down Noni’s spine, cold and jarring. This was his truth. No more lies.

“The truth, Noni, is that I…I’m not exactly from this place.” He paused. “Or this Universe.”

Noni Grace always thought she was just an average teenager with an undying determination to leave her hometown. However, on the day of Noni’s high school graduation, everything changes, and the façade of her ordinary life fades away. A near-fatal car crash alters her life, as does the man who rescued her.

Noni’s savior, Alexander Albright, reveals that Noni is anything but ordinary. She has unimaginable power inside her, and that power is now sought after by dark entities that won’t stop until they possess the very essence that keeps Noni alive. Leaving her hometown is the least of her worries, as Noni must now struggle to survive.

With the help of Alex and his sister, Ileana, Noni learns everything about the powerful Light that lies dormant inside h er while trying to keep the truth hidden from her family. Noni must protect herself, her loved ones, and her Light from the creatures that seek it. It will take strength, sacrifice, and faith to awaken the truth about her power and keep everyone safe.

Breshea Anglen is a middle school English teacher from Ohio. She was born and raised in Cleveland but attended college in Bowling Green, OH at Bowling Green State University. When not writing, Breshea is a spoken word artist, an animal fanatic, a lover of superhero movies, and a retired Quidditch player.