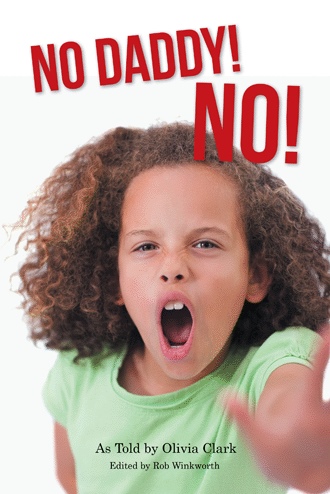 It's one thing I do know most of us have experienced some difficult painful times in life. Death disapointments, etc. The person that was suppose to love, protect and guide me hurt me the most my father. As kids he would make us get on our knees and beat us with a large belt telling us not to cry, if we did cry he would beat us harder. If my mom would try to stop him he would beat her. Many mornings mom would send us to school with no breakfast or lunch. Coming home from school we would walk down alleys looking for food. Find old bread, chewed up gum or candy pick the rocks out and eat it. It wasn't that daddy didn't care he drove a cadillac had his suits tailor made. He treated his family so bad its as if he wasn't human. I remember one Saturday daddy called me into the bedroom asked me to pull my panties down so that he could taste me I asked if I could tell mom he said no it was a secret between us I told him no daddy no. I knew as a nine year old that was wrong. Diane my sister got the worst end of it. During the night he would come into our bedroom with a knife and force her into the bathroom and molest her. This went on for years, On Sundays he would take us to the park, never my brothers. Take Diane out of the car along with a shotgun that he kept in his trunk take her into the woods and rape her. I'm sure my mom had to be aware of what was happening to her daughter. She didn't say anything, she was afraid of him. I finally told mom what he was doing, he threatened to kill me. I saw him as a monster, funny I stilled love and respected him, i would have followed him to the ends of the earth. He was still my father. He himself was murdered, my brothers never forgave him for the way he treated us as kids. Dad didn't value life, he murdered his son-in-law only becasue he was helping one of my brothers with his home work. Dad felt like he was tking over his house. Diane disappeared one day was found murdered in her car. Never found out who committed the crime. Never open another door until you close the first one for if you do you only bring pain to yourself and others. You can never be happy at the expense of some else's pain. Mom talked I listened If your husband doesn't honor the marriage vows you still for fills your vows, two wrongs doesn't make it right. Otherwise you will have nothing. If dinner isn't ready put a raw onion in the oven smelling the baking onion lets hubby know dinner is beign prepared. Trust me it works. My home is my castle. I will do everything possible to keep it happy. Hubby didn't take the vows seriously. I would often be raped or beaten by him. But guess what? I had a good relationship with God. I realized I was someone special. Often dreaming of the actual woman he was having an affair with, telling him in the dream that she was going to have his child. When I would have dreams he wouldn't come home that night. I always admired the older person they have alot of wisdom. I was sitting on the bus one day, I was crying the older lady asked me what was wrong, I told her my husband treats me so bad she told me to wipe the tears away, get my bible out and read it every night and thar would take away my pain. She was so right it worked after a short while I found myself not caring anymore about what he was doing or not doing. He asked me why I didn't complain any more, I told him I didn't care anymore, I really didn't. I realized the power of God is real. If I am stressed out about anything I pray it always works out in a way that I could never have imaagined. My first miracle I was within inches of being hit by a train soon as I stepped off of the tracks it went past me I stood there for a moment I could feel the wind as it drove past me. I prayed opened my eyes I would be surrounded by white clouds I was told that was the presence of God. My husband was murdered, my bucket over flows, but with so many tears flowing I wasn't left wounded or angry or bitten.

Olivia Clark was born in 1938 in Mississippi at the tail end of The Great Depression.

Her father was from Alabama but left home to get a job with the Civilian Conservation Corps, and that’s how he met Olivia’s mother and started a family. Eventually, she’d move with her parents and siblings to Detroit after her father got a job making cars.

Olivia was only nine years old when her father first approached her for a sexual favor. He said it was a secret—and she could not tell anyone else.

Her sister, Diane, received the brunt of his abuse. Some nights, he would enter their room, take Diane from the bed and bring her down the hallway. Olivia would have to listen to her sister’s cries. She’d find out that in addition to threatening to kill Diane if she ever told their mother, he’d give her money, too.

Even though Olivia saw her father as a monster, she still loved him—and she shares how she overcame his abuse and a myriad of other obstacles in No Daddy! No!

Olivia Clark has experienced some horrific things throughout her life, but she has always gotten through difficult times by reading the Bible and through prayer. She believes that if you want something really bad and don’t get it, it wasn’t meant to be—and something better for you awaits. Clark currently lives in Detroit, Michigan.