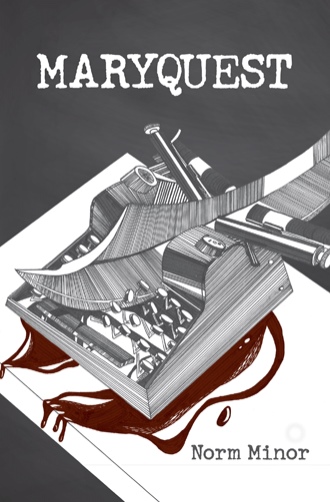 Their plan had been to drive to a point about a half mile from the transmitter, which was located on a relatively high place in the hills for maximum transmitting range. The transmitter was carefully hidden while not in operation, but while in use could not be kept concealed. Because of this, their plan was to set up a four-poled tent shelter, clearly visible from the air, and adequate to partially conceal two people from view.
Michel would slip away to the transmitter to uncover the equipment and perform any necessary maintenance, while Mary would keep vigil. She would be tending a smoky fire, hoping to distract any patrolling plane or roving patrol from the site of the transmitter, while connected with him by a small radio clipped inside her blouse. After the maintenance and testing were completed he would return to the campsite, and she would go to the transmitter to do her work, while he would continue the smoky distraction at the tent.
They arrived at their destination without incident and set up the tent, gathered dry wood and green brush for the fire, and then arranged a stone circle and started the fire. Michel had quickly slipped away through the woods to the transmitter, as Mary tended the fire and began thinking through the communiqués one last time, walking in and out of the tent as she did, rehearsing out loud so as to pretend talking with him, in the event that anyone had her in telescopic view. She laid the blanket on the ground, keeping part of it in view from the air. They exchanged brief encrypted words on the radio to be sure they had contact, and then continued with their chores.
In what she clocked as nine minutes she received the signal that he had located the transmitter, and was about to ‘crank it up’ and test it. Nineteen minutes after that he let her know that everything was in working order, and that he was about to head back, leaving broken branches to guide her to the transmitter. She noted the time, expecting him back in nine minutes, but in six minutes he’d come back into view, walking very briskly although not running. It was then that she’d seen the single-engine army lookout plane coming more fully into her view. She'd seen it earlier at a much higher altitude but now it was gliding lower, tipping its wings so that the pilot would be able to observe the ground below more clearly.
Without a word, Michel had come directly to her and pulled her down on the part of the blanket that was in aerial view, and began kissing her and caressing her body animatedly. Understanding the intent of his actions Mary responded in the same manner, while the plane circled lower so that the pilot could keep them in view. When the plane continued to circle she had surreptitiously unbuttoned and opened her blouse, then rose and waved. The pilot had smirked and stared at her partially naked torso, barely avoiding a tall tree, convincing them that the distraction was working.
When the plane finally headed off, they had lain there, psychologically exhausted, until they were sure that the danger had passed. Then Michel had raised her by the shoulders and pulled the sides of her open blouse together, saying, "I am so sorry, Mary, but I could not think of any other way to distract the pilot."
It was then that she had looked deeply into his eyes, opened her blouse again, and slowly brought her bare chest back down on him, and pressed her mouth to his, first lightly, then more firmly. She had then rose, looked questioningly into his wondering eyes, and again came down to kiss him, this time for several moments, this time with his cooperation. They had lain there for some time, her body on his, the emotion blocking out the potential danger.
After a while he’d looked without expression into her face, and then put his hands to her shoulders again and raised her. As she smiled and buttoned her blouse he said, "We have to leave here quickly; the pilot will likely have radioed our position, and the soldiers could be here any minute. I already shut down the transmitter and put it back into hiding."

American journalist Mary travels to Algeria to investigate the brutal death of her college roommate, also a journalist and colleague. Once there, she builds a family around her in a country unwelcoming of reporters to the point of criminal violence. When her plane explodes after leaving Algeria, it perhaps shouldn’t come as a surprise.

The death of her twin sister throws Janet’s life in the United States into upheaval as she prepares her own trip to Algeria to find answers. She’s met with suspicion but soon finds a small group of global journalists who are willing to help her find the truth about Mary. To complicate things, it would seem Mary was involved, perhaps romantically, with a group member named Michel.

Together, they risk life and freedom to report on conditions in a country that, in the late twentieth century, many considered the most repressive and ruthlessly corrupt police state in the world—one that seemed to do everything imaginable to silence the voices of those who tried to expose the terror. What began as Janet’s search for closure becomes a much bigger adventure as she joins the ranks of Algerian journalists as a screaming voice in the foreign wilderness.

Norm Minor is an attorney and actuary who consults with corporations and trusts of all sizes. He is a partner in a firm based in Massachusetts, working with clients in the United States and abroad. Norm and his wife enjoy spending time with the seagulls at their compound on the Maine coast.