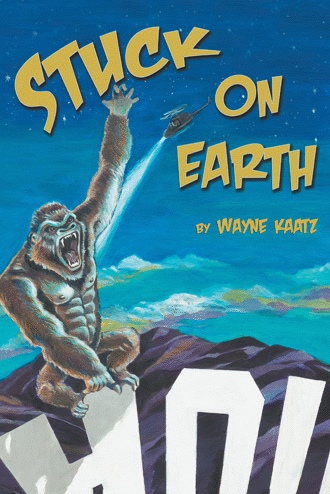 Len nudged me and nodded his head up at the event as if I hadn't been sitting there watching, but I noticed there also was a keyboard player now knocking out boogie boogie and a younger clean-cut bass player keeping up lazily as if were easy. A Henry Fonda looking guy in long brown hair stepped up unnoticed to play a simple guitar as if he had drunk the blood of Chuck Berry, chasing his memory up and down the fret board almost violently, threatening to break every string on his instrument of naked wood, kind of clunky with no pick guard, no trademark, and before the first song ended one string was hanging loose and dancing as if taking early bows.

The short guy whipped off his glasses and showed his teeth to mimic a smile, singing a rocking rhythm and blues number with lyrics a few beds just this side of the psych ward. He finished and told us thank you so much, then fell directly into another one equally wild. The originally static crowd was dancing, not only on the dance floor and around the tables, but against and up the walls. I wanted to dance, to chew on a partner. I wanted to join the tribe and regretted having no years in the jungle for future primal moments. I had a sudden love of growls and howls and wanted to pound a hollow log, thinking of old records thick as my thumb, southern radio stations drifting north on the static of humid nights, poems written on a cell wall above the toilet, and Moe Howard practicing syncopation against his brothers' heads.

There was no talk between songs about what they meant or how they were written, the way most guitar people tell you in soft self-reverant voices as if reading from a diary during therapy, their testimony propping up an average ballad. The songs were thrown at us as if they were unloading the day's catch of tuna or shark at the dock. The set ended the way it had begun, extremely cool with the singer and sax man exiting through the big squeeze of fans. The lights came on and the remainder of the band packed up their own gear. The crowd was sucked toward the entrance as if the space were being drained.

Len and I were caught in the flow as everyone went into the night, all partied up with nowhere to go. We stood on the corner of the liquor store still open and waiting for us, but instead of going in we waited for any females in the crowd to smell our need to inseminate something. A breeze blew delicately from the southwest and I could smell the thick wet air of Africa where our ancestors had the same urge with more success.

Having poor success as son or student, a young guy gets evicted by his parents. He leaves Lake Michigan’s shore for the west coast, finding adventure on the streets of Hollywood. Events force him to mature, evolving from a dirty, hairy primate into an upright member of civilization.

Stuck on Earth shares the nostalgic journey of one person’s dream and search for identity, learning that change may be the only constant. Nothing in life is guaranteed, so being stuck might be the beginning of maturing and growing beyond any static human condition.

Wayne Kaatz was born and raised in St. Joseph, Michigan, leaving for warmer winters and wilder times. He worked in costumes at Disneyland, puppeteered for television commercials and variety shows, and wrote scripts for Hanna-Barbera, Universal, and Warner Brothers animation. The Emmy winner lives on Monterey Bay, but that is not evidence he still is stuck on the planet.