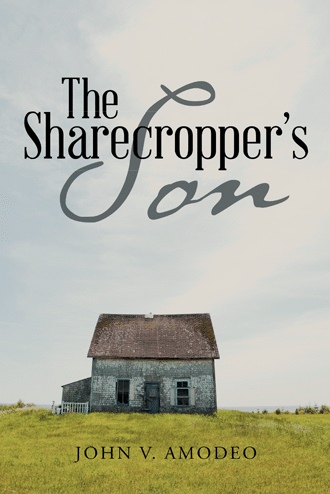 He envisioned the angel as a young, beautiful woman clad in a silk white gown in need of him. In his daydream, he would sweep her away and they would have no cares and live a free and abundant life. It kept him going in the worst of times while humming the songs he learned in church. And the music now in the Delta was taking on a unique style of old-time religious songs plus the lyrics put to a different rhythm of deliberate distortions and timbre. He could hear it in the clubs whenever he went into Vicksburg and listened intently to the new sound. He had heard of musicians going from town to town and making the new sounds of jazz available to all audiences. “Perhaps it will happen, I’ll sing or strum the guitar that I have and make it at some club.” It remained an illusive dream but kept him thinking of his future as a performer.
Music would set James off to a new height. Improvised with slapping of thighs to keep a constant rhythm, unpredictable and improvised, creative lyrics would spew forth. What resulted is a new music variation born in the Delta—jazz. Harmony, tone and a constant syncopated rhythm were its elements. James was a quick learner and soon he would have his own variation of the new music sound. Indeed, James would attract an instant crowd whenever he broke into unique style. People would join in, adding their own lyrics or just humming along.

In 1917, there is no escape from the tight grasp of the Mississippi delta, especially for a black young man. As James Hayes grows up tilling the soil with his disabled father and younger brother, all he can think about is how badly he wants out. Lured by stories of the Great Migration north, he dreams of the day when he will be able to leave and make his mark on the world. Finally on one October morning, eighteen-year-old James gets his chance.

When he is drafted and sent to France at the height of the Argonne Offensive by Germany, James becomes embroiled in the thick of battle, eventually standing out from other soldiers by winning the French Croix de Guerre. As the conflict ends in 1918, he ventures to Paris where he is invited to sing at a local bistro. Soon, he becomes a sensation, settles in his adopted country, and marries a local woman. But when he is called home to be near his terminally ill father, fate rises up to meet him and changes everything once again.

In this tale of hope and perseverance, a black World War I draftee from the Mississippi delta journeys from the trenches of the Western Front to 1920s Paris and back home again.

John V. Amodeo earned master’s of arts degree in US history from the University of Albany and a master’s of science degree from Baruch College. For three decades, he worked for the NYC Board of Education as a teacher and assistant principal. Now retired, he is an adjunct professor of Political Science and American History at Mercy College. This is his sixth book.