Love, Lust, and Regrets in the Deep South

by Julia A. Roberts 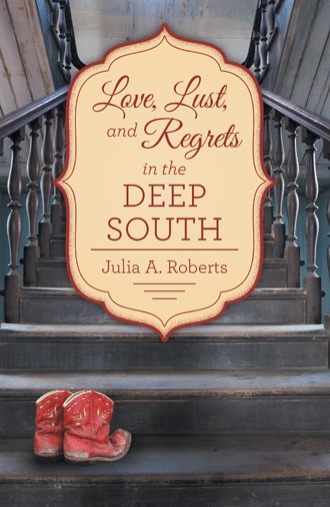 A new chapter in many lives was about to take place. I wasn’t sure how it would all play out but it was time for people to quit covering up their lies and face the truth. Life in Davenport and Trenton will settle down after they get tired of talking about what had happened to us. They all have skeletons in their closets the same as we do. Men in Davenport will be afraid of what could happen to them if the town knew about their affairs with Annabelle. The women in Davenport will be glad she is gone.
It is another blistering hot day with no chance of rain in sight. Life will go on and people will continue to mind everybody’s business but their own. After all, they can sweep their inappropriate behavior under the rug. The sultry humidity will continue to hang on your skin like a wet blanket. The old timers will say they can’t remember a summer this hot. Who knows what the future will be for all of us. We are still trying to work through the drama. One thing you can count on, the weather will continue to be hot.
Welcome to The Deep South. Not only is the weather hot down here. Y’all come see us sometime. Have a cocktail with us at 6:00 PM sharp. Bless your heart and hope see you at Church on Sunday.

It is 1943 when Robert Madison V returns home to the Deep South, injured but relieved to be removed from the horrors of World War II. Now that his parents are gone, it is up to Robert to carry on his family’s hardware business in the sleepy town of Davenport. While working tirelessly, Robert builds a successful business. Now all he needs is a wife.

Annabelle Adams is a farm girl who has curves in all the right places and wants a rich man to carry her away from poverty and into the sunset. When Robert falls in love with her and they marry, it seems all is right with the world, although she has not professed her love for him. As time passes, only Annabelle and her maid, Eloise, know that she is entertaining other wealthy men while Robert is at work and keeping a secret journal that details every lustful moment. But when their unhappy union propels Robert down an unimaginable path, he receives a tiny gift that will eventually help expose the deception that envelops the Madison family.

In this tale of love, deception, and forgiveness, a family residing in the Deep South after World War II harbors secrets that, when revealed, have the power to change everything.

Julia A. Roberts started writing a journal several years ago during her recovery from breast cancer that eventually transformed into her first novel. She currently resides in Gallatin, Tennessee.