A Provocative Account of a Full and Exciting Life 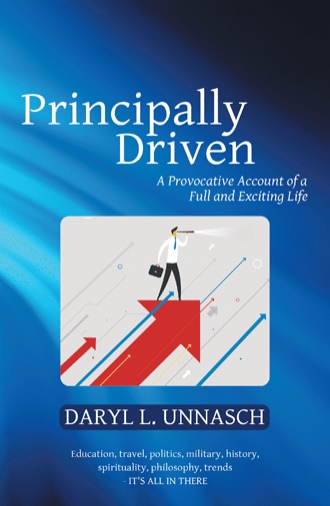 Dr. Weismann was not a teacher, but he taught me a lot; he was a psychiatrist who served on my advisory board. He was a great man, inspiring to just be in his presence. Because of his intellect and his profundity the TV news would wheel their cameras into his office whenever a catastrophe occurred anywhere in the nation. He could explain and discuss the issue at length and in a very interesting and fascinating way. I had numerous stimulating conversations with Dr. Weismann, mostly with me listening. Although I viewed him and treated him as an intellectual giant, he never was condescending to me. His insights during my advisory council meetings were invaluable. During one of those meetings, one of the members who was not known for her tact, rudely interrupted him. Dr. Weisman could have blasted her “out of the water,” but instead he waited quietly and patiently until she finished and then resumed his comments. It was individuals such as Dr. Weisman who enriched my life and my career. To be so bright and articulate, yet to exemplify humility is, I believe, a rare quality. Thank you, Dr. Weismann, for giving up many nights to sit with a group of parents and the principal, discussing significant issues confronting the school. Your wisdom will always be appreciated.

Dr. Ghosh is a surgeon, married to a surgeon. He had his practice in Washington D.C. and his wife had hers in the area in which her children attended school, River Forest, a Chicago suburb. Dr. Ghosh had the unusual and highly significant experience of operating on the cancer on President Reagan’s nose. This speaks to the high esteem in which he was obviously held by his medical colleagues. Periodically, Dr. Ghosh would commute to his home to be with his wife and children. It was on these occasions I had an opportunity to chat with him. For those who did not know Dr. Ghosh, observing our interaction would have been misleading. He did not present himself in a self importance manner. In fact he always deferred to me. The casual observer would have thought he was just another regular school parent. I will always remember the greatness of this man and the humility he always exhibited.

Mrs. Judy Bormann was a member of the Board of Education and PTA President. She left an indelible mark on life because of her kindness, her wisdom, and her ability to bring people together. A very unassuming individual, she served on the school board for several decades. Serving is the operative term. Although she had opportunities to be President of the Board, she always declined. She was a leader, but in the background.

Mrs. Bormann served as PTA President while her children were at my school and did so extremely effectively. We developed a very close working relationship even after her children left my school. Although she had served as a nurse and was certified as such, she preferred the role of mother and in the two above mentioned capacities – in her hometown. When her children grew up and left home, she accepted foster children into her home who had no home - in some cases children of other races and ethnic groups. I was saddened a few years ago, when she left this earth. Judy will be remembered not as an egotistical person, but someone who was humble and truly cared about others, even abandoned children who were in desperate need of love!

Kim Murphy is a woman who made a significant contribution to the high school where I was principal, both to the high school per se and to me personally. Soon after my arrival at the school, we became acquainted as a result of her participation as an officer on the PTA. She had great insights into what was occurring in the school and my involvement partly because she had two children in the school. Her intellect and perceptiveness were invaluable to me. She took an additional step that most do not take; she invited me to have dinner with her family once a month. Also, monthly, she invited a group of parents to her home for an evening of meeting with me. We discussed what was transpiring at the school and we prayed together for God’s guidance which I definitely needed since the school was inner city and diverse in every way.

Dr. LaVigne who I have already discussed was an extraordinarily gifted person who I respected greatly and who was treated badly by some very “small” individuals. As the Superintendent of Schools, she was an educator personified. Dr. LaVigne was tall and presented a striking image among my male colleagues who were not impressive nor did they cast an enviable image. Unfortunately, in a blue collar community it is not unusual to find people aspiring to be a board member since it is the one time they have an opportunity to wield power. It is a contrast of midgets versus a giant to witness this type of behavior. Dr. LaVigne departed the district in dignity and class as one would have expected. I doubt that her adversaries noticed or if they had, they didn’t understand it. I personally appreciate the privilege I had to work with this accomplished and capable administrator.

Some may believe it is not possible for a school principal to live a glamorous and exciting life, but Daryl L. Unnasch proves them wrong.

Far from being boring, straight laced, and narrow in his thinking, he’s gone from growing up on a farm in Minnesota to earning a Ph.D., marrying a beautiful woman, having a family, getting his pilot’s license, and traveling to dozens of countries.

But before doing all that, he had to trudge through deep snow for five months of the year to get to school, which didn’t stop him from continuing past eighth grade, when most kids quit.

In looking back at life in America over the past seventy-five years, he pays particular attention to its education system, sharing how important a teacher is in the life of a student. Being impartial, congenial, and willing to help make a lasting impression on students who are at a pivotal stage in their lives—and it’s more important today than ever before.

Join the author as he examines the virtues of growing up in a rural community and celebrates the discoveries he’s made in expanding his horizons in Principally Driven.

Daryl L. Unnasch earned a Ph.D. in educational leadership from Northwestern University. He has been a public and private school administrator and college instructor. He is also a visionary, philosopher, historian, adviser, political activist, pilot, and traveler. He has traveled to dozens of foreign countries. Unnasch currently lives in Aventura, Florida.