My Journey through CPS 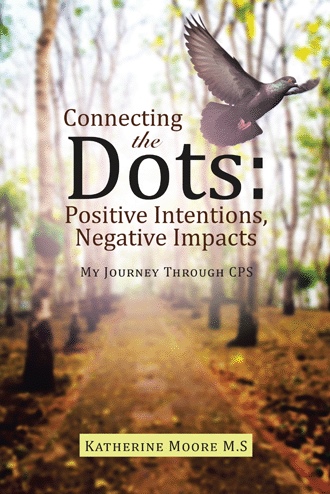 Here I am at my beginning filled with positive intentions and the desire to do good work. I sometimes wonder whether I would have ended up in CPS if my daughter had not died. I sometimes wonder if I would have been a different type of worker if I had not experienced her loss. I will never know because her death changed me. By the time I arrived at my training in August 1997, I was in a shell and I had shut down. I went through the training process with two sides. The side that was excited and the side that was sad, and sometimes I could be both within seconds of each other. The exciting part was that there was a lot to learn in my new job.

I was sitting with 20 other new workers. I became familiar with the idea of CPS when I was working in foster care. Prior to my foster care experience; I did not know much about CPS. While I working in foster care, I would ask myself so many questions about why county workers were making what seem to be heartless decisions. I did know how the positive foster parents tried to protect the child in the charge. I knew how the acting out behavior would disrupt the placement and that most foster parents spend a lot of time trying to put out fires in the home after a family visit.

As I sat there I was wondering if my question would ever find an answer in the training. The quick answer is no. The training gave an overview of the agency. The most hands on that we were required to do were writing some reports and become familiar with the computer.

The agency structure of CPS was/is divided into three major sections. The front end, middle and back end. Each section had several programs under those individual structures. The front end was the first responder. The people that would go out to the homes and do the initial investigations. They were called Emergency Response Workers. The person that would take the initial telephone calls from mandated reporters and the public are Screeners. The person that writes the Court Reports, Petitions, and makes decision about whether the cases goes on through the Court Process is Dependency Investigation.

These sections are very compartmentalized. For years I really did not know what was going on in the other sections. As I learned about how things were supposed to work it sounded like a highly functional beehive. All of us worker bees knowing what our tasks were and that we were contributing to the well being of the hive.

During the training, I would fade in an out of listening to what people would say but I would think about what I had heard before I was sitting in that chair. Working in the foster care agency, I was told to tread lightly around the county workers. Much of my time was spent answering county workers questions when they were writing their reports. Some of the county workers had an interest in the family beyond what was needed for their reports, others just wanted the facts. Some would be responsive to my telephone calls, most wouldn’t. I would always wonder what was going on in that mysterious place. When I was working as a Social Worker for the County, I heard stories of how the CPS workers were full of themselves. How they were demanding, rude and thought that everyone else needed to jump when they called. This was especially true for those that processed the paperwork for the foster parents. They are called eligibility workers. I was curious about the difference between what I heard and what was true.

So there was I seated now as one of “them” not really knowing what was to come. At the end of the training we were asked where we want to work. I wanted to work in the back end working with children who had not gone back home and had not been adopted.

One of the trainers had a discussion with me and asked me if I would go to Dependency Investigation, which is a front-end section. There were other people that wanted to go to that unit because there was a 5% difference in pay. I never understood how this section got 5% more other than the fact that most people did not want to work in that unit.

Dependency Investigation is a fast pace unit. The workers have to be able to handle confrontation, do crisis management, and make fast assessments and accurate decisions. They need to have good perception skills, able to think on their feet and not easily bullied. They have to write reports quickly and the reports have to be thoroughly filled with facts and evidence for the judges to read. It is not a consensus position where you sit around with other workers and try to create the best overall plan. You have to be able to prioritize and move from one crisis to another crisis daily. You have to be able to manage the constant fluid nature of the client while also following the rules of engagement.

The vision that I had for myself really did not include most of those things that I mentioned above. I saw myself engaging with wounded children that I could help heal. The section where I wanted to go involves long term planning, working with children to sort out their issues, doing case work and not that much work with parents. It was not a confrontational section, not much fighting with attorneys, I saw myself as being a helper. I was sent to Dependency Investigation.

I was finally released from the cage. Most of my training time I felt that I was trapped. I am not good at just sitting still and listening to someone drone on and on. It is funny for the next 17.2 years I was a Child Welfare Worker in Dependency investigation. I never knew when something would be in my life for a long time.

In my beginning time with the agency I thought about what I was doing as a job/career. The longer that I stayed a shift happened when it became a mission. I am getting ahead of myself.

My first supervisor had been working for the agency for 19 years. She was kind, funny, honest and most importantly knowledgeable. She eased me into the job and was patient with my ever-present questions. I remember when I wrote my first petition, I was so proud. She was quick to try to educate me about the agency culture. What she did not tell me was about the institution of CPS. This I figured out on my own.

The agency of Child Protective Services is a subset of other institutions. When the public thinks of CPS, they are generally thinking about the county agency. There are the political institutions that determine the laws. The judicial institution that enforces the law. Foster care, which takes care of the children removed from their parents. Therapist that work with the children and parents. Community Based Organizations that are contracted to work with various agencies involved in the protection of children.

It is totally possible for the judicial compartment to feel that they are successful with the agency feeling out of touch with the judicial system. The frustrations and changes in each compartment are not coordinated with each other. There are arbitrary changes that are designed to help one specific compartment function that can create chaos in another section of the institution.

In every person’s journey there are defining moments, and these moments can bring us to a new path. Our perceptions can change in that instant. For author Katherine Moore, serving as a child welfare worker for almost eighteen years allowed her to take a look at herself and to learn how to value another’s humanity without judgment.

In Connecting the Dots: Positive Intentions, Negative Impacts, she shares her personal life story, her early years fraught with pain and anger, and how she was led to a career working with child protective services. Moore tells how she discovered the mission of service and the role of compassion during her work with clients and how she learned to raise her own emotional intelligence in order to see and understand the pain of others.

Offering an insider’s look at the child welfare system, this memoir also narrates how the work of trauma changes both the worker and the client. In realizing she is part of the problem and not just the solution, Moore tells how her eyes were opened to trying to find a new path toward healing.

Katherine Moore earned a master’s degree in educational psychology. She is a licensed therapist, has a certificate in substance abuse, and has worked in the social work field for almost eighteen years.