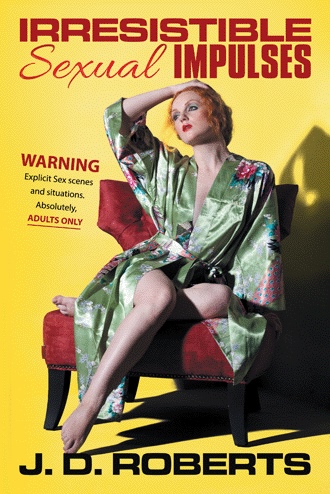 Sheena got busy with Irene tying up some loose ends of business and it was several weeks before she ventured back into the familiar confines of The Stardust. She was there by herself enjoying the dance band and a nice T-bone. Suddenly there was a gentle tap on her shoulder, looking up there stood Jake with a big grin on his face and he said, “Hello there Stretch! Where you been keeping yourself? I have not seen you for a while.”

Swallowing her last bite of food, Sheena answered Jake’s question with a smart remark, “You have not seen me around places, because I have seen you first. Say, aren’t you supposed to be surrounded by giddy females?”

“Naw, not tonight, I’m free for the right lady. Would you care to dance with me?”

“You don’t join me because I did not say you could. Now buzz off will ya.”

Jake was not used to a women refusing to dance with him and he was embarrassed just standing there, so all could see he had been turned down. In an attempt to return the embarrassment he said to Sheena as she put some food in her mouth, “Oh that’s okay; I have to take a shit anyway. You just missed your chance with me.”

“How can I be so lucky?” Sheena said chewing on a piece of meat.

Jake walked away and sat at a table right across the dance floor from her.

The very first guy that asked Sheena to dance she was on the floor with, doing beautiful dips and back bends and putting on a show for all the customers, as well as a wide-eyed, pissed off Jake.

Several dances later, here comes Jake again up to Sheena’s table, where one of her partners is sitting with her. Jake asked Sheena the second time for a dance and she replied coolly, “I don’t dance with men that have to have a bowel movement every time they are refused and anyway, they’re the kind of person that don’t even wash their hands after using the toilet. Sorry buster, you’re too dirty for me.”

The guy sitting with Sheena said, “Hey, man, I’m with the lady.”

Jake, without any hesitation grabbed the guy by the back of his coat and jerked him out of the chair. Giving him a push away from the table he said, “You better take off before I dance with you and make you my girlfriend instead of this redhead. Now blow.”

The poor guy could see he was short of muscle to argue, so he did as he was told and disappeared into the crowd of dancers.

Turning to Sheena, Jake took hold of her arms and lifted her to her feet then pulled her tight to his chest and said abruptly, “Women don’t usually dismiss me so casually. What is your problem, you a lesbian?”

Struggling, but going upon the floor with Jake, because he had her in his clutches she said, “My problems with you are many. First, you are rude and crass, second I don’t like your looks and, hey do I need to go on? You don’t take hints very well do you? I just don’t want to get involved with you. Now let me go.”

“Okay, for Christ’s sake, I will right after this dance is over. No broad leaves me standing in the middle of the dance floor.”

Sheena had to comply, he held her so close against his belly that midway through the number she felt that famous thing of his start to climb and touch her each time they made a turn.

Sheena thought he was going to lay her right there on the dance floor, so to break his clutches, she took her hand back and swung it hard and slapped him right in the face. The slap made such a loud noise that everyone in hearing distance turned and stared at Jake, who Sheena had left standing alone on the floor.

Sheena gathered her things and quickly went to a waiting taxi and it took her home.

Two days later, Sheena was at the Pony Club when a florist delivered a large bouquet of flowers addressed to, The redhead with the punch. Sheena directed the delivery lady to place them on the desk and asked Irene to read the card, opening it she read aloud,

“Dear Stretch! I am sorry that I had to use the toilet when I asked you to dance. You have cured me of this problem.

P. S. I do wash after I pee and consider myself very clean. Yours Truly, The punching bag.”

Laughing hard, Irene said, “You have got to tell me what the hell this is all about.”

Sheena went over the events that happened the night before then Irene asked the guy’s name; Sheena laughed and said, “It is Jake, Jake the Snake.”

Irene being funny also asked, “His last name is Snake?”

“No stupid, its Jackson, they call him Snake because he is hung so heavy, so I am told.”

“Oh, so you have not seen it yourself to confirm?”

“No I haven’t and probably never will, the guy is a real asshole and thinks he is God’s gift to women. He is not all that good looking, wears a funny sailor suit and actually smells bad.”

“Sheena, this person I have got to meet for myself. Take me with you tonight so I can give you my opinion on him? I have just got to see this joker.”

Early that night Irene got her wish. As soon as the two women sat down at a table, Jake must have been waiting because their drinks had not even arrived and he’s already there asking for a dance and says to Sheena, “Hello Red, who you got with you tonight? Does she pack the same kind of punch you have?”

Jake shakes her hand and bends down to kiss her cheek when Irene, sniffs and asks innocently, “What is that you have on?”

Jake with a smile on his lips used an old cliché and said, “Oh, it’s a hard-on, but I did not know you could smell it.”

Sheena O’Neil grows up a happy child on a dairy farm in upstate Wisconsin as a constant companion to her Irish Catholic father who protects her from most everything—except her uncle’s blatant sexual advances when she is six. But when she begins blossoming into a woman and constantly defies her mother, Sheena gladly accepts her father’s punishment to sleep in the bunkhouse without any idea that her decision will soon lead her down a road she never imagined.

Shortly after her eleventh birthday, Sheena is robbed of her innocence by her father’s best friend in a horse stall. After she reveals the crime to her father, her rapist hangs himself. But for Sheena, her pain is just beginning as she grows into a beautiful woman who is once again victimized and left pregnant. As Sheena’s personality transforms and she shoves her childhood dreams aside, she becomes a cunning, vengeful woman who uses her looks, intelligence, and sexuality to climb the corporate ladder, snare husbands, and destroy those who have hurt her. Will she ever be able to control her irresistible impulses for revenge?

J. D. Roberts is the pseudonym for an accomplished author and one-time Barnes & Noble writer of the month who once autographed over five thousand books for all their stores in Texas. His first published article was in Woman’s Day magazine in 1982. Roberts lives near Dallas, Texas, with his wife and red poodle.