The Murder of Chris Kyle 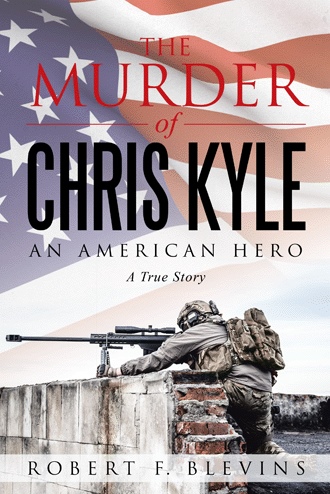 There lay Chris Kyle, at the top of his game with all the medals and records, achievements, glory and recognition that he owned and truly deserved. Mrs. Kyle is left with no husband, no father to her children. The love of her life gone as the police officer pulls up to the house and tells her “Chris has been hurt”. The officer asks if she has seen Chris’ truck and Taya tells him “no”. He takes her to a friend’s house. Taya Kyle calls her mother and tells her “something is wrong”.

Chad Littlefield riding in the passenger seat gets a text from Chris Kyle saying, “This dude is straight up nuts”

“Watch my six.” A police officer pulled up to the house. The officer told Taya, “Chris has been hurt. Have you seen Chris’ truck?” Taya called her mother and told her something was wrong.

American soldier and patriot Chris Kyle died unexpectedly on home soil at the top of his game with all the glory and medals one man could ever imagine. Suddenly, a wife was left without a husband and children without a father. The trial of his alleged killer, Eddie Ray Routh, was soon to begin when Robert Blevins felt a need to be present at the legal proceedings.

Blevins had followed the tragic case from the beginning, but something in his gut told him he had to attend the trial. He traveled to Stephenville, Texas, and became witness to what would be a judicial process wrought with emotional upheaval and anger. He witnessed families experience the pain of losing a child as well as watching a child go to prison.

Not immune to the emotions around him, Blevins, too, descended into despair at the loss of Chris Kyle. To Blevins, there are not enough men like Kyle—brave soldiers who fight for our freedom.

Robert Blevins was born in Carter County Oklahoma and raised in the small town of Healdton living there for 49 years. He was third generation owner/manager of Massad’s Department Store. He and his wife of 44 years have 2 daughters, 2 sons and 8 grandchildren. At age 45, Robert acquired a BS from Southeastern State University in Durant, Oklahoma.

Raising cattle, farming and training hunting dogs are a few of his talents. Coaching his children and grandson little league softball and baseball earned many championships. He later assisted coaching his son’s high school baseball team to five back to back state championships. After surviving colon cancer Robert retired. He is now known locally as Master Gardener, and can be found peddling his crops at local farmer’s markets near Yukon, Oklahoma.