The Mystery of the Lost Avenger 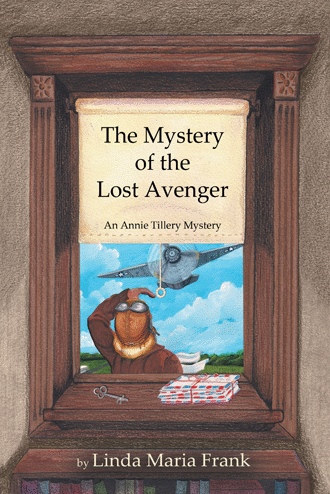 At 6AM, the sun made a brief appearance on the horizon before hiding behind the cloud bank building to the east. Somewhere in that direction, ships carrying troops and supplies to the Allies in Europe were being preyed upon by German U-boats- a wolf pack that sought to destroy the Allies’ effort to win the war.

The tarmac was damp with the night’s deposit of dew and the air smelled of the Atlantic Ocean only a few miles away. No wind, no rain, especially to the west where newly built planes were headed to U.S. Navy pilots who would fly them to win the war in the Pacific.

“Charlotte Wheeler,” the dispatcher known as Sarge called out.

A tall woman in a brown flight suit hefting a messenger bag moved toward the plane indicated by Sarge’s outstretched hand.

“You forgot who I am?” Charlotte mumbled sarcastically. “I need to check a few things, Sarge.”

Charlotte completed a walk around the plane, pausing by the wing on the left side. She climbed up on the wing, fished in her pocket for something, slid into the cockpit like the pro she was, and came out about thirty seconds later. Charlotte knew everything there was to know about the Avenger. She had built them and flown them to the west coast naval base where they were loaded onto aircraft carriers that would take the planes and the pilots trained to fly them to fight the Japanese fleet.

“I’m going inside for a minute. I have to check something I found,” Charlotte called over her shoulder to Sarge.

“You’ll lose your place,” he called back.

Charlotte disappeared into the hangar and Sarge called out, “Brenda McPhee!”

Brenda walked up, crossed out Charlotte’s name, replaced it with her own signature, and against her training, did a cursory check of the plane. She trusted that Charlotte’s inspection was good enough. All of this took three minutes. Brenda climbed into the cockpit. By the time she finished a quick cockpit check and fastened her seatbelt, Charlotte had not reappeared.

The grounds man pulled out the wheel chocks and gave Brenda the signal to go. As Brenda taxied toward the runway, Charlotte emerged from the hangar. When she heard the roar of her plane speeding down the runway, she looked for Sarge. She saw him talking to a guy in civilian clothes, a dark suit and a fedora pulled low, showing only his profile. Sarge said something to the suit and he turned away, walking briskly to the exit. Sarge saw Charlotte and she gave him a hard look. He, too, turned away. Brenda and the plane were never seen or heard from again. 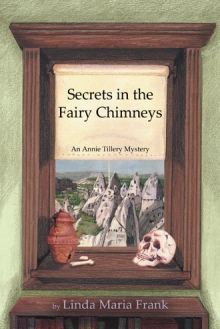 The wreckage of a World War II plane is found in the mountains of Appalachia. It mysteriously crashed in 1943 on its way to a naval base. Inside the plane is a note, written by Annie Tillery’s great-grandmother, Charlotte, who was in love with a fighter pilot. Young Charlotte tested the planes and flew them to naval bases; her fiancé flew the planes in battle.

While investigating the crash site, NCIS finds the note in the plane, which they trace to Charlotte and then to her surviving family members, Annie and her mother Carol. The mystery begins. Why did the plane crash, and what does Charlotte’s note mean? Annie and her mother decide to dig into Great-Grandmother’s past by way of the aged family attic.

There, they find love letters written by Charlotte and her Navy pilot fiancé. There is a code to be broken in those letters and The Mystery of the Lost Avenger to be solved. As they explore, Annie suspects Charlotte’s ghost is reaching out to tell her something, but what? She enlists the help of her boyfriend, newly licensed pilot Ty Egan, but Annie feels she may be the key to her great-grandmother’s top-secret life.

Linda Maria Frank decided, after a life-long career teaching science, to mix her love of mystery with her knowledge of forensics. She refers to her books as “Nancy Drew meets CSI.” She also produces The Writer’s Dream—a local access TV show that interviews authors about their craft.