When is Daddy Coming? 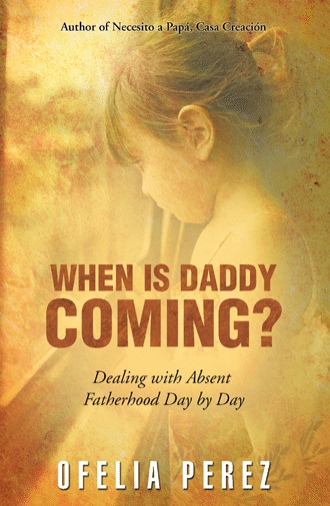 Discussions of absentee fathers commonly focus on those who are physically absent from the home, but I will not make that mistake in this book. Yes, we will look at fathers who live apart from their children and mothers of their children, but we will also examine the phenomena of absentee fathers who still live in the family home. Though this might seem contradictory, it is more common than we would like. Men don’t have to be gone to be absent; they can still be there, providing all the material things they think their children need, and some of them, not even providing financially.

Men like this believe that they are trying to do the right thing, but they don’t understand that just being in the home is not enough. Physical presence alone does not give their children the support and encouragement they need. Unfortunately, some fathers are simply too lazy or callous to get more involved. The children of such fathers suffer many of the same social and psychological consequences as their counterparts in single-parent homes.

The Reward for Change

Some men view fatherhood as a burden, something that will cost them both time and money. To them, children are anchors that keep them from living independent lives. Of course, those are lies—fatherhood is an incredibly rewarding and enriching endeavor. It contributes not only to healthier families but to healthier neighborhoods, healthier cultures and a healthier society.

And when fathers take active, concerned roles in their families’ lives, moms win too. Having a partner to help raise children is invaluable. Many women have been taught that they don’t need men to raise their children, and while some single women can produce healthy, productive children, there is no substitute for the balance and strength of a couple working together. There is an old saying: “It takes a village to raise a child”. That is so true! Figure out how hard it is for only one person to raise a child!

Shared parenting reduces stress on the mother and allows her to explore life and career options, and it provides a male role model for the children—who are the biggest winners of all in this equation. I cannot stress enough how important it is for children to have present, involved dads who care about them and who can provide positive examples of male behavior. Even small moments, like seeing their father at a school event or watching Mom and Dad dance together can have such a positive impact on the way children rate the importance of family.

Some—myself included—will say that fatherhood is a reward unto itself. Men can gain so much from accepting and fulfilling their parenting responsibilities: increased self-worth and self-esteem, a sense of accomplishment, pride in themselves and their children—the list goes on and on.

Unfortunately, men are not always told that fatherhood can be such a wonderful experience, especially if they were raised without fathers themselves. As a society, we must change the way we raise our boys to encourage better fathering and to bring them, when they become men, into the parenting fold.

However, this cannot be accomplished through degradation or threats. Instead, we must show men that fatherhood is a rewarding, positive experience no matter how hard it might be. They must see fatherhood as a service they can provide their children, their wives, their communities and even themselves. They must understand the vital role they play in our culture.

Chapter 4: Absentee Fathers of All Stripes

Chapter 5: What It Means To Be a Father

Chapter 9: Change Comes One At a Time

Chapter 10: Do’s and Don’ts for Fathers

Chapter 11: Do’s and Don’ts for Mothers

Chapter 14: No Father on Earth, No Father in Heaven

Fatherhood is, by nature, the basis of every relationship with males in a person’s life. For boys, a father is the hero through whom they learn about manhood. For girls, a father is the model of man they are going to look up to when they choose a husband. Too often, many children deal with the problem of absentee fathers and a lack of suitable role models.

In When is Daddy Coming?, author Ofelia Perez shares how parents can help their children and break the cycle of fatherlessness. She:

• discusses the social and individual roots of the problem;

• offers useful and down-to-earth forms of avoiding and solving for everyone: dads, married moms and dads, and divorced couples;

• conveys the message of dealing with the situation individually, but asserts there is responsibility of the church and judicial system; and

• aims to help fathers feel proud of being fathers and helps mothers to take steps for balance.

When is Daddy Coming? maintains that men must take charge of fatherhood with all its rewards and responsibilities. They must train themselves and make themselves savvy about the matter so families can be saved.

Ofelia Perez has a background in psychology and was a journalist for more than thirty years. She is an author, professional writer, book researcher, book editor, and pastoral counselor. This is Perez’s second book.