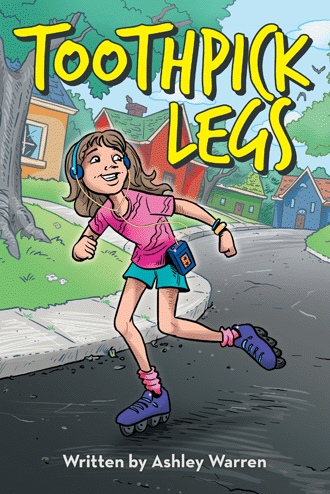 When my friends and I were kids, Valentine’s Day was a thrill. It was sweet and innocent because we had absolutely no romantic interest in the boys in our class. The best part was that they weren’t interested in us either. It was way too soon for that.

The excitement behind our yearly Valentine’s Day parties at Hidden Plains revolved more around frosted cookies and brown paper sacks filled with lollipops attached to cute, tiny cards picked out by our classmates’ moms.

My all-time favorite card came from little Eddie Frazier, who gave every girl in our class a Valentine with an illustration of a cow’s dangling udder. Eddie signed his name below the print that read, “I’m udderly in love with you.”

By the time we all turned 12, Valentine’s Day had changed into an anxiety-inducing experience, and the only thing that remained constant was that neither the boys nor the girls knew how to interact with the opposite sex without seeming flirtatious.

Hidden Plains renamed February 14 “All I Can See Is Red Day,” and our moms planned our class’s annual school party.

Jasmine Pine’s mom Georgette drove to the outskirts of town to buy individually frosted, artisan-crafted cupcakes with tops featuring Cupid with his bow and arrow and giant hearts. The cupcakes caused our blood-sugar levels to spike, and we engulfed them seconds after the party began. The other moms decorated our classroom with red-and-pink- crepe-paper streamers, their faces aglow with anticipation of an afternoon of young, platonic love among the sixth-grade students.

Kristen Bennett, Nikki Spencer and I prepared for the day by going to Hidden Plains Mall and buying matching, long- sleeve shirts puff-painted with red, white and pink interlocking hearts.

During the three hours of our school party, the Hidden Plains administration allowed us to replace our uniforms with Civilian Day attire, also known as street clothes, as long as the colors were red, white or pink.

Every year, Dad made a last-minute, emergency visit to the grocery store to stock up on flowers for Mom, Robin and me. He arrived home to present roses to me a few minutes before I left for school. Men always seemed to have the more arduous role in making Valentine’s Day special.

It didn’t get any easier for the sixth-grade boys in my Hidden Plains class. They had two choices of gifts to purchase through the school for All I Can See Is Red Day. One option was to buy a girl a carnation or a balloon, dedicating it to her either out in the open or under the guise of a secret admirer.

My sister’s classmate Chris Butler was the first boy in our school to have his own checking account, and he wrote countless $1 checks for carnations to woo all of the girls in Robin’s class. The “to” and “from” names behind the purchased flower or balloon were printed in the Hidden Plains newsletter, creating much embarrassment for both the giver and the recipient. I often wondered about the reason behind the policy, since neither student wanted to have this kind of material published and distributed among the entire school population.

Both of the boys bent down one one knee, forming a makeshift bench for the girl to occupy while they sang old- fashioned love songs like “You Must Have Been a Beautiful Baby” and “Don’t Sit Under the Apple Tree (With Anyone Else But Me).”

I remember one year in particular. “Anonymous” had purchased a singing valentine for me. Two boys entered the room during our class party, and I said under my breath, “Please not me, please not me.”

Luke Griffin and Brent Dawson looked straight at me and said, “We have a singing Valentine for Ashley Vaughn.” I turned into one of those horses who plants her hooves on the ground, refusing to budge. Emily Holland and Jasmine Pine had to push me the entire way and press on my shoulders to force me onto the boys’ knees, where of course I refused to stay.

My rear balanced in midair the entire time Luke and Brent sang the lyrics. My legs shook both from anxiety and the lack of support beneath my trembling quad muscles. I looked around the room, trying to find a focal point that wasn’t a pair of my classmates’ eyes.

My cheeks burned until they matched the red-and-pink icing on the heart-shaped cookie cake that Mom had bought at Baskin-Robbins. Because of his rosacea, Luke Griffin’s flustered cheeks coordinated with the red-and-pink decor. If we hadn’t been insecure preteens too afraid to breathe around each other, we would have made the perfect pair.

But there we sat, or rather they sat with no girl on their knees to serenade because I hightailed it out the door. All of the moms considered the party a huge success. Every one of them brimmed with glee in response to young love in bloom, so much so that they were fanning themselves to contain all of their emotions.

Ashley Vaughn is a typical 12-year-old girl growing up in Texas in the 1990s. Her school days start by riding in the backward-facing hatchback seat of her neighbor’s station wagon, since the older kids got to pick seats first during the carpool. Ashley’s parents are loving and eccentric, and her sister spends most of her time on the phone with her boyfriend.

Ashley does her best to navigate the shenanigans of home-and-school life surrounded by family and friends. One of her more mortifying moments was when her mom recorded an educational TV program for the sixth graders to watch during class, but the VHS tape instead played a rendition of Ashley and her friends performing their own dance moves to a Spice Girls song.

Anyone who has ever reminisced about days gone by when your immediate family and best friends were in the same place to share the collective moments of adolescence can relate to these whimsical, nostalgic stories. Grab your Rollerblades, slap bracelets and Hypercolor shirts and relive awkward school dances and sugar-infused slumber parties. Welcome back to 1995.

Ashley Warren is a Texas native with a Master of Arts in journalism and a Bachelor of Arts in English from the University of Texas at Austin. Her publishing credits include magazine feature stories about people whose life works inspire and educate others. She previously lived in New York City and currently lives in Southern California.