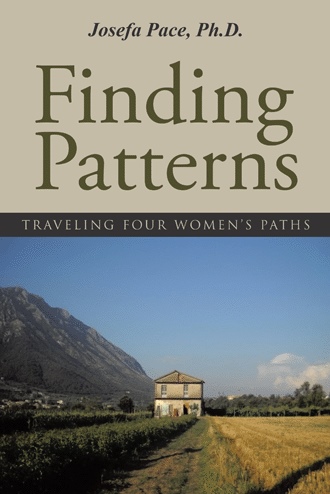 Learn your trade and put it on the side

What is the secret to reaching 80 years of age and living past this number?

We live in a world that changes at exponential rates. We live through uncontrolled warfare and terror attacks, frequent catastrophic events, and rapid technological advances. Because of this instability, the term “permanent home” is not relative.

lived through constant bombing during WII in an occupied Italy
lived during the reign of dictators
survived immigration to New York and became citizens
migrated and set up permanent residences globally
provided financial support for their families
worked as seamstresses within factories (“sweat shops”) and were part of unions
witnessed transitions in American, Argentinian, and Italian cultures and politics
and now, live among the millennials in the digital age

They are adaptable and trans-lingual and have little formal education. Yet, they are model life coaches for our generation. Trends in the 21st century have highlighted naturally grown vegetation and cooking practices. Mental health and fitness present strong and healthy images of beauty. Finding time for mindfulness is combated by constant violent threats, economic uncertainty, and environmental disaster.

When I look at these women, I ask: “How have they functioned on a day-to-day basis for over 80 years with such drastic and rapid shifts socially, physically, mentally, economically, environmentally and technologically? What are their perceptions? How do they cope?”

The four Italian women--Pasqualina Ruggiero, Matilde Mauro, Assunta Rufrano, and Filomena Lamberti--were born between 1928-1936 in Southern Italy, and immigrated to the United States after World War II. These women lived within their means and acquired a set of resources that carried them throughout their trails. They read situations, coped, and fled their native land at a point in time. These decisions were all made with little formal education. These women are deeply rooted within their communities. They carry with them mental weight, and while lacking in physical mobility at over eighty years of age, their essence vibrantly spreads to the family. They are master chefs, wine connoisseurs, and spiritual advisors. They are constantly sustaining other people’s lives, and, so now we celebrate them and learn from their ways, remember their contributions, especially during a time in history where we need desperately to hold onto their empathetic ethos.

The importance of knowing these four women is that each of them is currently in her mid-80s. If they do not orally tell the private history of their lives, then their stories, cultures, and languages are lost. These are personal narratives which are a part of a public history. There are many parallels in their words, and they can influence young people in the present because of their experiential skills. Coming to understand their unique personalities and intentions allow for others to learn from these talented unconventional women and demonstrates longstanding techniques of wit and survival that weathers storms and conflicts.

Finding Patterns: Traveling Four Women’s Paths is a story about extra-ordinary people. They are not deemed politicians, leaders, diplomats or elitists. However, they are the true grassroots’ agents who are images of hope and change. Their stories can appeal to so many. The immigrant experience is explicitly reflected as so many currently, have migrated across countries and continents and are separated from their families as they undergo a naturalization process for a “better life.” Cheer for the working class underdogs!

Women of all ages, grandmothers, mothers, and daughters understand the imbalances of life. We live during a tumultuous era and look for role models. Several students and friends share stories, and they battle with significant issues. These women are markers of strength and courage so we do not despair and withdraw to the dark places in our minds as we cope with heartache, grief, loss, sadness, doubt, unemployment, debt, and relational mysteries of our time. The four women are also the socialites of all celebrations. They capitalize on any moment to ‘party’ and gather for dance, cheer, food, and drink.

It is difficult to build internal strength, and it is becoming more challenging to find this quality among men and women consistently. The four women raise the bar in all areas of life. They have undergone much tragedy, and yet, are mentally tough. They remain self-sufficient and go beyond the label of “domestic.” Each loves a side or the different sides to being an Italian. This nonfiction narrative cradles the women’s words and gives them agency. It is hard not to respect their trials and grow to care about their life’s journey; and allow their lives to influence our own behaviors and attempt to connect to some of their moral fibers.

Finding Patterns: Traveling Four Women’s Paths is comprised of three parts. In Part I, we are introduced to the women who are living in an occupied Southern Italy during WWII. They are between the ages of nine and fourteen. Immediately after, two of the four women make their way to New York by boat, and sometime after the war, the other two women immigrate to New York also. In Part II, each of the women assemble homes that have a multi-level purpose. Walking tours of their houses along with daily tasks that consume their days are presented. The narrative illustrates the nonlinear travels of the four women through spaces like Monte Grande, Argentina; Surprise, Arizona; Wantagh, New York; and Airola, Italy. The final chapter in the section commemorates the origins and customs of Airola, Italy over time. Part III includes chapters that display how the women impact one another’s lives and the lives of their families in the present. Events that are described in this section are a funeral, the aftermath of Hurricane Sandy, and the pre-storm happenings. As the four women come to the final chapter in their lives, their significant others are gradually passing on and they are trying to hold steadfast. Their bodies are dwindling and so is what they can manage. Slowly, their gardens are cut down each year, but their belief in family is the cement that holds. Finding Patterns: Traveling Four Women’s Paths also provides idiomatic expressions that the women learned while growing up in Airola. These expressions begin each chapter and more phrases are included at the end of the text. Many Southern Italian recipes are also shared at the back of the book so that others can participate in the joys of feast.

Those who are brought up to value the Italian culture, literature, language, and food can relate to the mindsets and traditions of the Italian origins. Most studying Italian culture have read the epic classic, Dante’s Divine Comedy, where he is narrating the images of the afterlife--hell, purgatory, and heaven through poetics. Pasqualina is the immediate source in beginning the oral retelling and introducing us to her friends. Each of their childhoods starts in the “hell” of war. Their time in New York places them on a path of limbo and indecision, and their next road in life is depicted in their final resting place. Along this journey is an assisted presence, Phyllis, Pasqualina’s daughter. Phyllis is like a Virgil--a guide, inquisitor, navigator--to these women who she knew in a more remote past. Phyllis speaks the women’s language fluidly. The book compiles the oral stories, emails, letters, shared Facebook images, interviews with the women, and conversations with family members to create a written document of the four women’s lives.

Trace the paths of four Italian women in this story about extraordinary immigrants who came to the United States of America in the turbulent years after World War II. Pasqualina Ruggiero, Matilde Mauro, Assunta Rufrano, and Filomena Lamberti were born from 1928 to 1936 in southern Italy, and they overcame tremendous odds to work toward a better life. Each one made their way from Italy to New York by boat, assembled homes with a multilevel purpose, lived within their means, and achieved success. Each has lived past eighty, and they remain deeply involved in their communities and devoted to their families. They are master chefs, wine connoisseurs, and spiritual advisers. They are constantly sustaining other people’s lives, and it’s fitting to celebrate them and learn from their ways. Having lived under dictators, survived bombings in occupied Italy, immigrated to a new country, become citizens, worked as seamstresses within factories, and witnessed transitions in worldwide politics, these women are still thriving in the digital age. Get insights on navigating monumental shifts, maintaining your health, and living your life by learning from the four special women highlighted in Finding Patterns. “Well-written and bittersweet reflections on the immigrant experience, the human experience” (Dr. Sasha Ramlal).

Josefa Pace earned a PhD in literacy studies, an MA in English and creative writing, a BA in English, and a BFA in theatre. She has been teaching a wide range of courses for more than ten years at local colleges in New York and California.