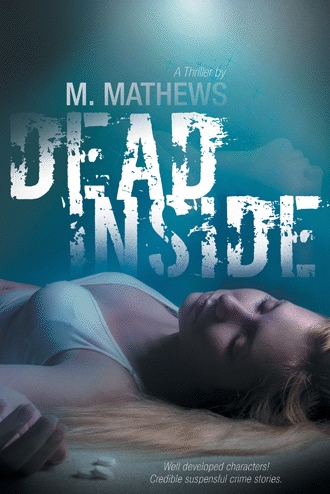 GROWING UP IN TEXAS

You’re cold, muted from unyielding pain, and crouched on a splintered stenchy floor in a darkened room. Visualize your breath vaporizing between your shivering fingertips. Imagine blowing this breath over, and over, around and in between your fingertips, again, and again. Now imagine your mind cannot comprehend that these are your fingertips, or your breath coming from your body. You might be thinking, as I was, is this how one dies a slow death?

Could it be...I’m already dead? I’m in a place fit for no human. My survival here may depend on protecting what’s left of my mind. The girl I was before and the person I was going to become could soon be entirely extinguished. It’s best to revert my thoughts back around ten years ago. As a teenager I felt safe, protected, and very eager and capable of taking on the outside world. That’s where I’ll force my feeble mind to take refuge for now.

“Mom, Janmarie has not finished her stitching and she’s made a mess of the whole embroidered theme.” “Send your sister to the kitchen¬¬ she can peel these potatoes and cook supper.” “You know I can’t sit still long enough to embroider. I’m also not good at sewing in general.” “Okay, I wanted you to at least give it your best effort young lady.” My mother and aunt believe stitching and sewing help young women develop domestic virtues imperative for marriage and motherhood¬¬something my father thought was the only future of all females.

Melinda and Carol Ann, my only siblings, were much prettier and fashionably feminine and appealing to the boys. However, our parents didn’t let my two older sisters date or go out alone with boys until they were 16. Contrarily, they encouraged me to go because I think they assumed I might not get the opportunity to date much or that I might not ever appeal to the opposite sex.

“Janmarie, don’t let me catch you playing with those neighborhood boys, again.” My mom didn’t understand why I thought staying in the house and playing with dolls was boring.

My nose, was broken, or more accurately¬¬ rearranged on my face as a result of a “late¬hit” while filling the running back position in a neighborhood football game. Tommy, our quarterback, attempted to reposition the nose, yet changed his mind quickly. He said my face turned deep purple and tears gushed from all sides and rims of both my eyes when he barely moved it. I bit down on the rolled end of the towel to muffle my low whimpers and wiped my blood and tears on the other towel. Crying or yelling with the pain was not an option because I had to prove how tough I could be to all the boys on both teams.

That day, as I sat on the cool black earth peering through the bushes at kids laughing and playing without a care in the world, I realized I would have to grow up and get tougher than kids my age. I would have a facial disfigurement for the rest of my life. My parents could never find out how my nose was broken, because I would be banned from playing football and riding my bike to dirt bike hill where I was recently allowed to compete in the 11¬12 year old competitions.

After cleaning up in the bathroom, I braved the fully lit dining room. My mother screamed out, “Did you break your nose?” “No mam, the ball hit me in the eye¬¬ that’s why it’s black and swollen. Don’t worry¬¬ it doesn’t hurt too much, I’m fine mom.” “Oh, my stars, Janmarie!”

Frankly, I rarely envisioned myself as a candidate for marriage. I only had thoughts about getting a good job and moving away from home and being completely on my own depending on no one, especially a man or a husband.

It was mandatory for us to attend a private “Catholic” grade school and college¬prep high school. The cost of tuition per child was around $500 dollars a month for high school. I have no idea how much grade school cost but with three girls maybe my parents received a discount. Surely hope so.

I wanted to go to public school and have classes with boys and wear normal clothes to school. The public schools had air conditioning¬¬ours did not. We wore navy 100% wool long sleeved blazers. These hot thick blazers were to be worn all day, even when the outside temperature was 90 degrees or higher over a white cotton short sleeve shirt. The hem of the wool plaid skirt had to be below the knee. The uniform shoes were outdated black and white saddle oxfords.

Freshman year, around May 15th, I finally drummed up the courage to ask Sister Loretta why is it mandatory for us girls to wear the full uniform on very hot days. “My dear, self sacrifice helps develop disciplinal character, selflessness and builds strong moral standards.” Under my breath I touted, “and lots of heat rashes.” Those that heard me¬sent laughter sounds following me to my desk.

My high school, Bishop Duncan, was very close to the public high school, Bryan Kiest. Three of my girlfriends had brothers that were allowed to go to Bryan Kiest. Therefore, I was lucky to hang out with the cool crowd and asked to attend quite a few of their parties. My parents thought these guys were from Bishop Duncan so they let me date them with very little restrictions.

Some public school friends took pictures of us girls in our preppy uniforms. They posted them on their high school bulletin board for all to laugh and make fun of.

The boys drove their hot rod cars and burned rubber stripes on the side street outside of the all¬girl classrooms of my school. Sometimes my friends would shout out really loud, "This is for Mathis, Janmarie Mathis."

Janmarie Mathis grows up abnormally curious about the real world, and she sets out on a coming-of-age journey. But she suffers from recurring nightmares about being a victim of a horrendous assault. When her college roommate is attacked and left for dead, the now twenty-three-year-old Janmarie begins receiving harassing calls from stalkers. After her date is beaten one night in front of her eyes, Janmarie’s real-life nightmare begins.

She is snatched by the two thugs and transported to a strange place where she awakens chained to a bed only to realize that there are two other women held captive with her. As she attempts to survive daily torture, Janmarie waits for the right moment, overpowers her captors, and manages to escape along with her two cellmates. After she becomes the sole survivor, her journey leads her into the witness protection program where she meets Luke Mills, a bachelor district attorney and every woman’s dream. Now only time will tell if Janmarie will be able to live within her new identity and move forward away from her dangerous past and into a happily-ever-after.

Dead Inside shares the gripping tale of one woman’s scrappy quest to survive and find true love after she is the victim of a heinous crime.

Mathews retired in 2009 after working for twenty-five years on the municipal bond trading desk in Dallas, Texas. Today she stays busy supporting wildlife conservation and serving on the board of a nature conservancy. Mathews resides in North Texas where she is hard at work on her next novel. Dead Inside is her first book.