Power to the Second 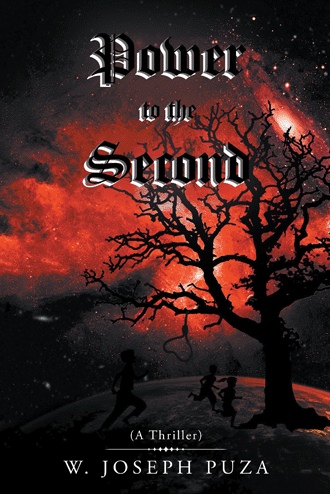 Myles Blaine is a man of action, a man of love, and a man of the law—with a secret. Jillian was Blaine’s partner on the job until she took a bullet in the line of duty. No longer work associates, and drunk at a party, they sleep together, never expecting a baby would be the result. Then, young Marissa enters the picture, but Blaine’s identity as her father is never revealed.

In his own way, he cares for the little girl, since he has retained a close relationship with her mother. Now, the lives of all the people Blaine loves are in danger as an evil force draws him into an alternate quantum field. This evil intent is as strong as Blaine’s dedication to honor and righteousness, and horribly, the creature hungers for the life force of young Marissa.

Blaine must find a way to return to his own reality before Jillian and his daughter are taken. He must use every ounce of energy he has to save them. Will he be able to make it back in time, or will he remain damned on another quantum field, forced to live with the fact that he failed them? In this case, love might be strong enough to help Blaine play the hero.

W. Joseph Puza was born in Jersey City New Jersey. He has been writing since he was seven; at nine he wrote two books revolving around quantum physics.

He has written screenplays for Hollywood.

Power To The Second was an original screenplay, which Mister Puza considered producing into a film himself.

He has also produced and written a startup internet program revolving around organized crime.

Scamp, my writing partner, you are always at my side.