Surviving and Thriving after a Brain Injury 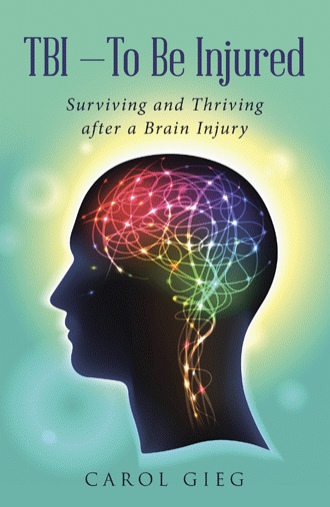 Recognizing others' success in overcoming migraines enough to excel, I was that much closer to writing about my own experience and, hopefully, to processing it.

Finally, with encouragement from Cinzia Garvin (an expert in pain management at my HMO in the Chronic Pain department) I completed a piece and submitted it to a national newsletter. I was overjoyed and proud when it was printed in the American Chronic Pain Association's "Chronicle", during Chronic Pain Month, September, 1911.

It is three a.m. and I am wide awake.

A familiar nausea taunts me. I have assiduously ignored its warning for the last half hour or so, before I lay down to sleep. I simply am not going to allow it to win this time. I am stronger than that!

Dreams pock my slumber and mask the warning of advancing troops up the right side of my head. They attack as an enormous wave of pain, progressing rapidly upward from behind, as well as over, the occipital ridge. The wave gathers reinforcements— more nausea and tears.

Fortified, they march without pause, directly towards the gripping stronghold of Trapezius. The troops surround and press inward. Sweeping their guns skyward, they take aim and shoot. The shots ricochet throughout my head and lodge behind my eyes. Satisfied in their mission so far, they pause to reload.

Fully awake now, I am livid. I grab my temples and squeeze shut my tearful eyes. True to form, I refuse to retreat and, instead, dig in my heels. I shift my head from side to side, seeking respite long enough to plan my counterattack, and determined to defeat this evil force attacking my head.

I plan to fortify my own soldiers with those weapons best-suited to defend my precious tender soil from the marauders.

But it is no use. Sleep is no longer anywhere near a possibility.

Pain advances again until, finally, I order a retreat, surrender, and grab for my medication. My lads and lassies break out the litters and begin loading their wounded comrades, carrying them to medical attention.

I am submerged again and again, leveled by shots of pain even as my own soldiers attempt to stitch and mend me. Opposing troops, as though to pour salt over the open wound of this overwhelming defeat, wave the flag of triumph emblazoned: “MIGRAINE.”

I call in reinforcements, swallow yet another pill, sit up or stand, take a walk, try natural vinegar recipes, ice packs, caffeine, and surrender to nausea. Soon, all's been spent. Now I can rest while my troops hold MIGRAINE at bay.

But I know the pain army will be back, once I recover enough to fight again. As soon as I am caught unawares—too fatigued, too hormonal, too traumatized, too allergic, too emotionally stressed, or too something I don’t even know about yet—then will the troops gather; then will the wave swell; then will the attacks recommence.

Some nights are like that. It all makes sense to me now. Writing kept me afloat. Support from others and singing calmed the waters. Running provided reassurance that I had the physical stamina necessary to paddle safely ashore. Again and again, whenever I felt discouraged or afraid, I turned to these passions, to reinvigorate self confidence, restore hope , and to affirm that what I had to offer was still worthwhile.

But one day—unknown to her—she’d soon be facing serious problems of her own. After dropping her husband off at work, she went on a bike ride. As someone who enjoyed hiking and staying active, it was a routine day.

Somehow, she suffered an accident as well as seizures. By the time she arrived at the hospital, her brain was bleeding, and it was unclear if she’d survive.

Many others could tell similar stories.

Brain injuries cause more deaths than any other sports injury. In fact, a traumatic brain injury occurs every fifteen seconds and is the number one cause of death in children and young adults, according to the Brain Injury Research Institute.

Those lucky enough to survive a brain injury face many challenges—some more so than others. Whether you’re coping with an injury yourself or have a loved one seeking to discover a new normal, you’ll be informed and inspired by this story of surviving and thriving after a brain injury.

Carol Gieg grew up in New York and Pennsylvania. She graduated from Dartmouth College, then worked as the assistant manager of a North Face store. She earned a Masters degree in Social Welfare and a Masters in Public Health from the University of California, Berkeley. She has held numerous positions during her 30+ year career, including: psychotherapist in a private practice, case manager with developmentally disabled clients and their families, child therapist with Alameda County, Behavioral Medicine Specialist and Subchief in Santa Rosa, California. She retired as a licensed clinical social worker and now lives in Benicia, California with her husband, Luis.