The Wrong Side of the Blanket 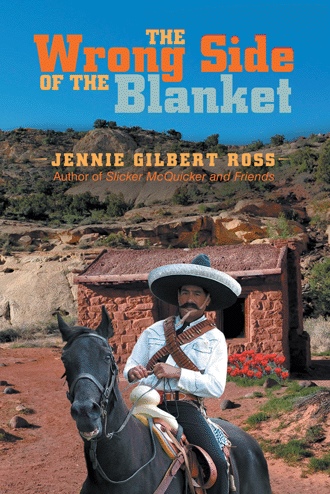 Manuel’s straight black hair glistened in Mexico’s hot sun; it hung silently over the collar of his white cotton shirt. His bare feet dug into the warm brown dirt giving him the feel-ing only the young can truly appreciate. Thrust between his light baggy pant legs was a crooked stick that served as his caballo. Around his wrist was looped a rope used as a quirt to insure command over his mount. He did not realize he was copying his idol, a man who frequently visited his mamá. With each of the man’s visit the child sensed more of his importance.

His mamá would wait at the doorway of their small casa, her bright eyes glistening. What went on behind the closed door the boy was too young to give any thought, but he’d stand back and watch as the stranger departed. The man’s black eyes were alert and snapped when he ordered his ca-ballo to be brought to him. As he swung into the silver saddle, the black stallion’s hooves pounded the dirt road and echoed throughout the peaceful countryside. He sat erect, his back ramrod straight while his muscled legs pro-vided the perfect balance as he and the animal became one.

It confused Manuel to hear his mamá cry. Her fragile body shook, and tears streamed across her face as she tossed and turned on the old iron bed. Only moments before, the small room had rung with laughter and shared secrets between the young woman and her lover. His arrival had filled her with happiness, but when he left, she was engulfed by loneliness. The boy stood beside the bed offering small condolences. He’d pat her arm as he urged her to wipe away her tears, unsure of what to do. Sometimes he’d wish the stranger would stay away. He knew, however, his mamá watched the road and listened for the familiar hoof beats of the caballo as eagerly as he.

“Hijo…Hijo,” called his mamá’s soft voice. To the five-year-old she was the Goddess of his universe. Compared to her beauty, her charm, her tenderness, Manuel felt the whole world paled in her comparison. She was his sun. She was his star. The child was sure all nature evolved around her. He ran to her, forgetting his stick caballo and his thoughts…everything but his love for her. His little brown legs churned with speed, his straw sombrero flopped in the breeze, following him by the simple cordon tied around his neck. With outstretched arms, she swept him close to her and swung him around and around in the air. Together they laughed and laughed, complete in each other’s happiness. She set her son down and smoothed her long black hair tied with a red bow behind her oval face. Her large brown eyes filled with expression Manuel had inherited. Deft fin-gers straightened her long, rose-colored skirt, as she read-justed her blouse. Manuel had never seen his mamá untidy, nor had she ever allowed her son to be slovenly or unclean. Sometimes, her words made little or no sense to him, but it was enough to know she expected only the best from him. He looked into her face as his small hand soberly exam-ined his hatband and removed a wildflower that he had picked for her.

“For you, Mamá,” he said almost humbly.

“¡Bello!” she cried. “What lady in all Mexico has such a noble son? Now, I’ve chores to do. Come and watch,” she said to him in Spanish.

Manuel reached down to pick up the clay pitcher his mamá had placed on the ground momentarily.

“No, Manuel. Chores are not meant for the likes of you.” She noticed the child’s puzzled expression and gently re-tracted her words. “Of course, you shall help me. You did a man’s job penning the goat. Now mamá will milk.” 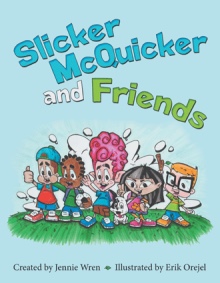 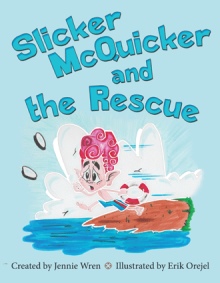 Manuel considers himself the wealthiest boy in all of Mexico. He freely roams the countryside with his faithful dogs. He hunts, fishes, and basks in the fresh air. However, he’s the son of a peasant woman who is deeply in love with Manuel’s father, a wealthy Mexican land owner. Because of their class differences, the relationship between his parents is forbidden.

Manuel’s birthright is kept secret until his mother’s death. On her deathbed, she reveals his father’s identity and makes him promise to go live with him. Manuel discovers he has two sisters as well as a brother whom would have been the heir to the family fortune if he hadn’t died being overworked by the father. Manuel learns that because of his strength and character, his father sought him to carry on the family name.

From Mexico to Spain and back to Mexico, Manuel faces many trials and tribulations and experiences a host of life lessons. Manuel promised his mother he would live with his father, but he wonders how long he can survive with a man who is bent on breaking him. Encompassing romance, adventure, intrigue, and family drama, The Wrong Side of the Blanket tells Manuel’s rags-to-riches story.

Jennie Gilbert Ross attended the University of Texas. She’s written the lyrics to more than ninety country western songs, has written several mysteries, scores of children’s books, and a lot of poetry. Ross lives on seven acres in Nevada with her husband, two dogs, and two horses.