Tales from a Small Town 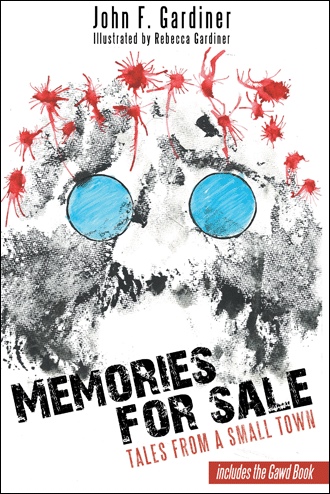 As his eyes slowly opened to meet another day, his attention became focused on the slender crack that was delicately etched in the ceiling over his bed. And had been ever since sometime around the time of the birth of his second child, about the time they had sent the oldest off to school. Or so he thought. He had been meanin’ to fix that crack, and re-paint the room, but had never been able to quite find the time.

And now there was no time. Time had run out. All his life he had assumed it was others who got old and faded off into the mists of life, and, finally, into the oblivion of death. And even if he was not quite ready for oblivion, he could no longer deny that there was a certain translucent covering on his consciousness; something that clouded his perception with feelings of nostalgia, making him feel like an old fool who was quickly losing his way in the mist. After he had made that stark realization that he was mere mortal and that he had nearly crossed the entire span that had been his life, he had known he could no longer manage in the house, that had, for so long, been his home.

But it was too big, and there were too many corners to it, and he couldn’t begin to keep it clean, and it was unfair to expect the children to be forever looking after him, now that he had reached old age, and now that their mother had died, and left him alone to rattle about in the big, old house. He knew that. No matter that he and their mother had struggled through years of adversity raising them, always seeing to it they were clothed and fed and supplied with all the necessities of life, while the parents often did without. But it wasn’t fair to ask for anything in return, she would have said. Raising them had been a labour of love, she would have reminded him.

As the thought of his wife crossed his mind, he found himself reminded of her quiet strength, and he felt his eyes grow moist, and he felt an empty ache inside him, in places where there were only feelings for her, and where no one else could intrude. It had been two years since she had died, but each time he thought of her, it was as if he had been with her only yesterday, and she had gone away, probably to her sister’s for coffee. But, then, he would remember, and his eyes would grow moist, and he would feel the empty ache deep inside in that hidden place, and he knew that whether it was two years, or whether it was twenty years, he would feel it all the same, such had been the depth of affection he had felt for the woman, who had been his high school sweetheart, and with whom he had shared a virtual lifetime.

A noise in another part of the house brought him back to reality, and caused him to look away from the crack in the ceiling, and to forget the memory of his wife, and to remember that this would be the final time he would be visited by such a memory, while he lay in this bed, his attention focused on the delicately-etched crack.

For today was the auction. And after a gaggle of strangers had searched for bargains, and exchanged bids on a lifetime of his possessions, returning cold, hard cash for memories, he was to go dutifully with his son, to the stark sterility of the extended-care facility; to the place where his children had decided he would spend the autumn of his years.

The door to the room opened, and his son’s head appeared through the doorway.

He didn’t answer, thinking that perhaps he could somehow hold back the start of the day if he simply refused to acknowledge that it was beginning.

“You awake, Dad?” his son asked, starting to walk toward the bed.

“Yea, I’m up,” he finally answered, breaking the momentary silence.

“Good,” his son answered. “I know it’s early, but the guys from the auction service will be here soon, to get things ready, and you’ve got to be up and ready.”

As a young man, John Gardiner scrawled his thoughts on his bedroom windowsill. Now in Memories for Sale, Gardiner shares short stories, poems, and a novella that he hopes will provide inspiration for others to look inward and reflect on the world around them.

Gardiner, a former newspaper editor, believes that we are all intelligent enough to solve our own problems. With that theory in mind, he offers writings that attempt to unravel the meaning of life and encourage deep thinking. In his varied collection shared with fluid realism, Gardiner explores relatable topics such as the aging process, loneliness, and suffering and pain as well as chronicles the life of a character named “Gawd” by his abusive alcoholic father. Through his emotional thoughtscapes, Gardiner offers a creative foundation for others to contemplate the future of humanity and their own destinies.

Memories for Sale: Tales from a Small Town shares a collection of short stories, poems, and a novella that explores the human condition.

John Gardiner has been crafting emotional thoughtscapes for most of his adult life. After launching his high school newspaper, he spent nearly forty years as a community newspaper editor. John is part of a blended family that includes four children and seven grandchildren. He currently resides in Wallaceburg, Ontario, Canada.