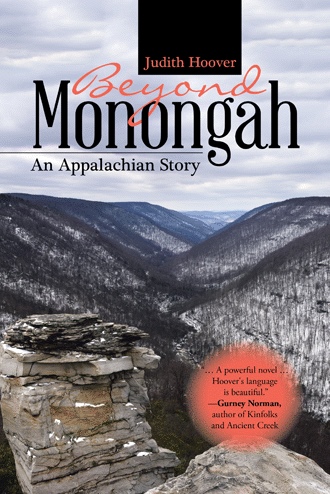 Both of her babies were down for their naps and Clemente was at home with a bad cold that day, but the terrible tremor sent all four of them out the door headed toward the mines. Bessie grabbed little Orie, hitched up her skirt, and ran, repeating “Oh my God, oh my God, oh my God” all the way. Clemente sprinted ahead carrying Ivy, appealing all the while to “Madre di Dio.” Startled from their sleep, both children began to wail, a sound soon heard throughout the small town of Monongah, where every family had a miner missing behind the inferno of flames roaring from both mine entrances. Wives, mothers, sons and daughters appeared from all directions held back only by the heat and smoke coming from these portals.

The scene was one of disorder and confusion. A train of loaded coal cars on its way up and out of the #6 mine had broken loose and rolled back down, steadily gaining momentum, and crashed at the bottom of the grade inside the mine. Explosion followed explosion as the accumulated coal dust and the naturally occurring methane sparked and burst all along the way through tunnel after tunnel. The brattice walls and curtains constructed to direct the air flow became useless piles of rubble, protecting none of those further inside from the poisonous gasses that killed stealthily, unseen and unavoidable. The fan weighing 20,000 pounds that had forced life-giving air through mine #8 was torn away and landed across the river. The fan at #6 was damaged, but not destroyed. The timbers and machinery that had exploded outward from the mines were followed by streaming black smoke seemingly under enormous pressure.

The mine’s power house as well as other structures on the surface were destroyed by the initial blasts and more explosions deeper underground followed in rapid succession. Where the portals to mines #6 and #8 had been lay unimaginable devastation, and still, minutes later, fragments of cloth and paper drifted down from the sky and onto the frantic onlookers. Smoke and fire continued to billow from both mine entrances and from newly formed cracks in the earth above the mines. With the hillside over the mines sloping downward, some tunnels lay close to the surface and some existing small openings, locally called toadholes, had now widened. From one of these holes, along with billowing smoke, a man emerged. As those nearby ran to help, he turned and pulled three others out, one badly injured but alive. Scattered conversations could be heard through the restless crowd.

“These four got out—there must be more.”

“My Sammy was working in the same place; he’ll come out any minute.”

In the afternoon, moaning was heard from another toadhole and a searcher lowered down on a rope found a miner sitting dazed on the body of his brother as if to protect him from rock falls. Though in his delirium he fought with his rescuers, these two were brought out, one lived, and the other died. Still, it seemed unthinkable just to stand around doing nothing. Two men nearby tried to find a way to help.

“Here, let’s see if we can lower someone else down to find the others.”

“No, don’t you see that hole’s got all full of smoke.”

Only one more survivor would be found, but he died before they could get him out of the mine.

News of the disaster reached Fairmont, where the company was headquartered; calls went out for volunteers, and miners began boarding the streetcar to Monongah all along the way. The crowded streetcar was unnaturally quiet for the short ride to Monongah, as if the riders knew what they would find. Most of these men had been miners long enough to have experienced cave-ins and explosions and the news coming over the telegraph wire this time foretold true catastrophe.

Among these miners were Hershel and Jeremiah, returning from their doctor’s appointment. Hershel whispered to his father, “Which of the boys went to work with Orie this morning?”

“I think it was Domenic since Clem was up all night coughing. We may all be damn lucky for the coughing.”

As the streetcar slowed to its stop in Monongah, Hershel could see that the tracks beyond were mangled, so he knew that any volunteer rescuers coming that way could ride only so far. He couldn’t see the mine entrances because of the milling crowds of women and children pushing forward, crying and screaming. There seemed to be no order, no search parties being organized, and no ranks of injured waiting stoically for treatment. At nineteen, with long years spent underground, he knew the men would have to be rescued now, or not at all.

Running forward along the ruined track, he finally came to a gap in the groups of terrified people and could see the mine entrances, or what was left of them. Of #8, where he would have entered that morning, nothing was left but a crater in the side of the hill with first purple, then brown, then black smoke pouring out. The entrance to #6 mine, connected to a trestle over the river, was completely clogged with the wrecked train of coal cars, with blown out timbers, and piles of rock and coal. Now he understood why no one was going in, but as he made his way toward the devastation, he worked over in his mind all the ways he thought that miners could survive such a situation. If they were back far enough, beyond the twists and turns of the tunnels, they could be safe from the initial explosions. If they had enough of the air-directing canvas brattice curtains between themselves and the explosions, they could breathe until rescuers arrived. These mines were supposed to be modern with plenty of air circulating through the tunnels. Only when he saw the huge missing fan lodged into the bank on the other side of the river did he begin to lose hope.

In the beautiful Appalachian region of America, the majesty of the mountains hides a dark and often deadly world below. It is 1896 when eight-year-old Hershel Martin quits school and begins work as a trapper boy—the one who sits alone in the dark mine, opening and closing an air directing trap door, or waiting for the coal to rumble down the chute and then raising a trapdoor so the coal can fall into mine cars on the track below.

As he battles to survive within a brutal industrial culture, Hershel seemingly has no choice but to follow those in his family who have worked the mines before him. Three years later after his mother dies unexpectedly, Hershel must deal with his fear of failure at the mines, taunting from other boys, and loving feelings for a girl he is not sure can reciprocate. As he grows into a man and eventually marries, Hershel has no idea everything is about to change in 1907 when a disaster strikes the mine, leaving him grieving for his lost friends and longing to help those who have suffered unimaginable losses.

In this epic historical tale, the struggles and triumphs of an Appalachian miner and his family are brought to life as they strive to survive poverty and the danger that lurks underground.

Judith Hoover, PhD grew up in West Virginia near the site of the Monongah mine disaster. She made a career of teaching and communication consulting that included publishing textbooks and journal articles. Now retired, she lives in Russellville, Kentucky, where she spends her days writing poetry and fiction. Beyond Monongah is her debut novel.