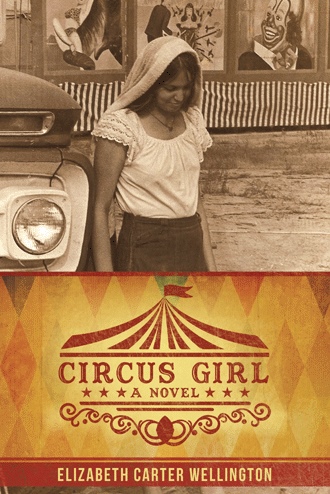 I remained on the lookout for the thick red arrows the route man had posted. Single red arrows indicated which direction to take along the road at critical points. Double red arrows were for turns. And one big triple arrow heralded our final turn into the lot. Missing an arrow could take us miles out of our way. Even if some of the distances didn’t seem like much on paper, the poor roads and tight switchbacks stretched the length of the journey—sometimes adding on hours to a trip. The longer and more difficult the jump, the earlier we would have to get up and on the road in the morning. Hauling the elephants through the mountains was no easy ride either. Each pachyderm weighed four tons, and if one of them got restless en route, the trailer would fishtail perilously. This particular jump was more treacherous than usual as we were trying to avoid a series of weigh stations. The route man knew that the elephant truck especially would never make it through.

Red had driven the elephant truck for years and had all kinds of tricks. About two hours into the jump, we saw the old man standing alone in the shadow of an ash grove, waving us down with a red bandana by the side of the road.

“Why are we stopping? What’s the matter?” I turned to West who promptly downshifted and brought the rig to a standstill on the dusty shoulder of an embankment. The old man waited patiently nearby. He pulled off his baseball cap, smoothed a few wisps of white hair and then slapped the cap against his leg before setting it squarely back on his head.

“Morning, Red.” West sauntered over to the circus elder, and I followed behind. The truck engine was still rattling, choking on dirty fuel.

Red came out into the open, put his hands on his hips and squinted at us as sunlight hit his weathered face. “Weigh station, ’bout a quarter mile up ahead. You got to take them elephants out before we can drive on through.”

West turned back to the elephant truck without a word and readied the ramp by the container door for the elephants to make their descent. At that early hour, we were alone on the road, and no one was around to notice a pair of Indian elephants excitedly approaching the wilderness beyond the shallow embankment. West went over to the elephants with two long, loose foot chains. He secured one end of each chain around each elephant’s front right foot and secured the other ends to trees with fat trunks. Bessie and Mary began tearing leaves and branches from the treetops, foraging for food with their trunks.

“You good to drive, Red?” West called to the old man over his shoulder.

“What the hell; it’s only a quarter mile on the flat. I can do that with my bum leg all right. Just get little missy to follow you on an elephant. But wait for a sign. I’ll pull the horn once for all clear and three times if I need help distracting the weigh station personnel.” Red peered at me from beneath his baseball cap. “You ready to ride an elephant, little lady?”

“What?” I looked at the two circus men, perplexed.

“Oh come on, Red,” interrupted West. “You can’t be serious.”

Red threw his head back in mock surprise, knocking his own cap askew. “Oh hell, West! Haven’t you taught Sarah how to ride an elephant?”

“Christ Almighty, Red. How’s this going to work? You’re telling me we’re going to ride the elephants past a weigh station?”

I could see that West was beginning to smile. His dark eyes glinted, and I could tell he was getting excited about the possibility of outwitting the clerks.

It is 1971 and seventeen-year-old Sarah Cunningham is consumed by wanderlust. When her passion for capturing interesting subjects through her camera lens leads Sarah to a grassy lot one day, she becomes immediately mesmerized by the fascinating circus life that surrounds her.

Eager to fit in and in need of a passport into a world beyond her reach, Sarah escapes her scripted suburban life, makes the circus her family, and loses her virginity to West, a handsome performer with a gift for handling wild animals. While under the spell of circus mystique, Sarah falls in love with West and the nomadic way of life as she mingles with jailbirds and performers alike. As the tour nears its end, the gritty underbelly of the circus is revealed. Just before the show reaches winter quarters in Florida, Sarah makes two unwanted discoveries that place her prematurely into adulthood and lead her to face major life choices.

In this coming-of-age story, a restless teenager embarks on a journey of self-discovery during the 1970s after she runs away with the circus and discovers that life under a tent is as unpredictable as she is.

Elizabeth Carter Wellington traveled the world alone at age sixteen and lived in India for a year. After earning a Master of Arts from Johns Hopkins University and a PhD from Boston University, she taught at Boston University, Simmons, Babson, and Wellesley College. Elizabeth lives with her husband outside Boston.