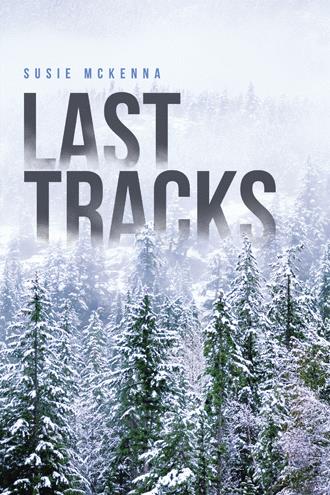 Jack picked Deana up early the next morning. They headed out of town to meet Snooky. When they stopped for gas at a busy intersection outside of Warrenton, Jack insisted she stay in the car. “Ed’s orders,” he said, “and I’m locking you in.”

“Okay. Just bring back a chocolate doughnut and coffee and I’ll be happy,” she called to him.

She watched him turn and point the Smart-key at the car and heard the locks drop down, the beep-beep-beep signaling she was locked in the car. When he walked into the gas station store, Deana relaxed back into the seat. Her head turned to the right, and she screamed.

She locked eyes with the man getting into a car two cars down. His hair was blond, but it was Andy.

Deana couldn’t move. She stared as the man quickly formed a pistol with his finger and pointed it at her. Her mouth dropped open. Then she fumbled with the seat belt, screaming, “It’s him. Stop him!” The windows were closed. No one could hear her cries.

She reached into the back seat for the gun case and dropped it on the floor, cursing the Virginia law that said the gun had to be in a case. She grabbed her phone and tried to take a picture of Andy. His car was already moving. She turned quickly and tried to open the car door. It wouldn’t open. The button to unlock the doors was on the driver’s side. She scrambled into the driver’s seat and found the button for the central unlocking switch. Opening the car door from the inside triggered a screeching high-pitched alarm. By the time she got out of the car, opened the gun case and grabbed the gun, the man she was sure was Andy was gone. She had only caught a glimpse of a beige sedan.

Jack came out of the store with the doughnut and coffee. “What’s going on? Deana, put the gun away!” Mercifully, he turned off the alarm.

She was attracting frightened stares. The sound of approaching police sirens warned her she was probably the reason for the sirens. Someone would have called the police to report a woman screaming and holding a gun. A state trooper pulled into the parking lot, lights flashing. Everyone moved as far away as they could get and still watch the action.

By then she had placed the unloaded gun back in its case and explained to Jack that she was sure Andy had been in the parking lot. Oh no, she thought, as the state trooper approached, not another Detective Wheeler. The reflective sunglasses made it impossible to see his eyes. The combination of the black leather boots and his hand resting on his gun as he walked toward her, made her realize she was in real trouble.

“Are you the woman with the gun?” he asked.

Deana told the state trooper she purchased the gun from the owner of Deer Ranch. She was on the way there for shooting lessons. At the mention of Deer Ranch, the reflective sunglasses came off.

He said, “You know Snooky?”

The next second he was on the phone to Snooky. Whatever Snooky said kept the trooper from handcuffing her and hauling her off to the local jail.

He said, “Snooky’s on his way. He’ll be here in ten minutes.”

When he arrived, Snooky confirmed Deana was not a crazed murderer. He managed to convince the state trooper that she was in fear of her life. Snooky was so convincing in her defense that a chill ran through her as he described the danger she was in.

“Curly,” Snooky said, and Deana wanted to cover her eyes and cry, realizing her fate was being discussed by two men with nicknames. “She had the gun in the case as required by law. She purchased it because she’s in danger. Her husband has already tried to kill her once. She’s trying to do this right. She was on her way to see me today with this gentleman for shooting lessons. That gun wasn’t even loaded.”

Deana cringed when he told Curly to call Detective Jackson. Now Kate would find out she was not working away inside the Watergate.

“Snooky,” Curly interrupted, “you know I could confiscate that gun and write her up for brandishing a weapon.”

“Yeah, yeah, I know, Curly, but you know me. Haven’t I always been straight with you?” He stopped until Curly reluctantly nodded. “Well, you know the law. If she is in fear of her life, she has a right to defend herself. If this lady says that was her ex, then that was her ex. Let them follow me to my place, and let’s forget about this.”

Deana held her breath while Curly decided. He removed his stiff, broad-brimmed grey hat and wiped his brow. So much for descriptive nicknames. Curly was bald. He put his hat back in place, hitched up his pants decisively and stared her down. Deana decided this was not the time to win a staring contest. She let her eyes and head drop down.

“Ma’am,” he said, “did you get a license plate number?” She had to answer no. His next question was, “Make and color of the car?”

“I’m sorry,” she said. She meant it with all her heart. “It was some kind of sedan. Tan or beige, but I don’t know the make. I was too upset to pay attention.”

Curly turned his head to look at Snooky. Snooky shrugged but didn’t say anything. Curly turned back to Deana and put on his reflective sunglasses before deciding to address her.

“Snooky is right. If you are in fear of your life, you are allowed to remove your weapon from the case and defend yourself. If I charge you and you get a lawyer, the case will be thrown out. We’ll forget it. I’ll check the station’s surveillance cameras. If I can pick up the car and identify the plate, I’ll be in touch.”

Snooky interrupted. “He’ll ditch that car and pick up another one and be on the move before you even get started.”

Curly called Detective Jackson. As soon as they finished talking, Deana’s phone rang. Kate demanded to know what she was doing in Culpeper. Deana held the phone away from her as Kate’s voice raised in volume. Kate couldn’t get any madder, so Deana decided to just tell the truth.

In as calm and soothing a voice as she could muster, Deana said, “Just listen before you say anything.” Deana explained about Jack’s visit, Snooky’s relationship with Ed, and Jack’s role in helping her learn to shoot a gun.

There was silence on the other end of the phone when Deana stopped talking. Kate sighed and started talking slowly, drawing out each word. “Deana, it is a very bad idea for you to be running around with a gun.” She paused. Deana could sense through the phone Kate was trying to control her temper. Her voice, sounding a little less exasperated, continued, “At least you’re trying to do it the right way and are learning from a professional. Still, if you will just stay in one place, you won’t need to use a gun.”

“Kate,” Deana said, “I wasn’t safe in the Watergate even with Ed there. I need to be able to defend myself with something more than pepper spray.”

Young married couple Andy and Deana Harris head up to Canada on an exciting snowshoe adventure. When Deana’s snowshoe breaks, her husband leaves her to go for help—or does he? Deana soon comes to the horrifying realization that her husband has left her for dead, and she must use all her wilderness know-how to get out alive.

Deana fell for the oldest trick in the book: a handsome face hiding an evil heart. A combination of brains, determination, some luck, and a bit of attitude get Deana back to civilization. Now, it’s time for revenge. With the help of an unorthodox group of good guys, she makes a plan to hunt down coldhearted Andy and get back the money he stole from her.

The trail leads this team of professionals—and some not so professional—from western Canada to Virginia, to the Midwest, and then back north to eastern Canada. The circuitous plot weaves together mystery, good, and evil with the beauty of Mother Nature as a backdrop. It is a rousingly entertaining read.

Susie McKenna was born and raised in the Midwest. A successful career as a software entrepreneur led her to Virginia, where she now makes her home. A snowshoe trek in search of virgin snow was the inspiration for Last Tracks. The thrill of making first tracks in deep snow led Susie to the chilling realization that accidents can happen—turning first tracks into last.