Conga Drums in Space and Time

Musical Theory of Time Positions and Polymetry, with Percussion Notation for Hand Drums 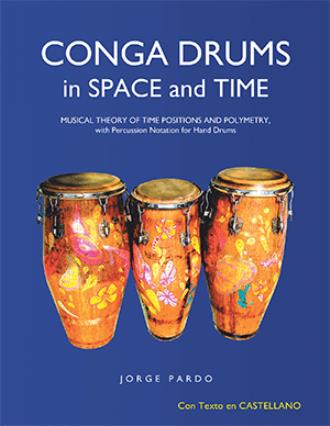 1.3 VISUAL vs ACOUSTICAL DEPTH of PERSPECTIVE

To illustrate the tangible effects possible with compound rhythms, i.e. polyrhythms and polymeters, an interesting sensory analogy can be made between the the development and evolution of visual arts vis-a-vis their acoustic counterparts, through a comparison of the methods used by these two forms of expression to describe the perception of spatial depth.

In the visual arts, engendered like the acoustic arts presumably to reflect the artist’s perception of the world, the history of painting as an art records a pivotal development that occurred in Europe during the early 15th century, after millennia of fruitless human attempts to depict space accurately.

Reviews of pre-Renaissance efforts to graphically interpret three-dimensional space, ranging from the Stone Age to the Middle Ages and including art forms of ancient Egypt, China, Europe and the Americas, clearly demonstrate how diverse cultures struggled in similar ways to represent three-dimensional space onto a flat surface, without much success. (Ref. 6 )

The discovery of the geometric laws of perspective by the architect Filippo Brunelleschi around the beginning of the 1400’s, and their application by Masaccio, Alberti and others, enabled Italian artists to accurately portray the “depth” of three-dimensionality on two-dimensional surfaces, through the use of a graphic method of vanishing points and horizon lines formalized by Uccello. (Ref. 7 )

Within the sound spectrum, the musical arts offer a remarkable analogy to the above visual (space) development, in acoustic (time) terms, which can be appreciated through the comparison between mono-rhtythmic and poly-rhythmic musical compositions.

Mono-rhythmic musical compositions can be perceived or “viewed” by our ears as two-dimensional and “flat” - like pre-Renaissance graphics - in their linear portrayal of time (in lieu of space) within the limited, two-dimensional rhythmic parameters of “up” and “down” beats.

Polyrhythmic exponents however, allow an acoustical representation akin to spatially accurate visual perspectives, particularly when embodied by a mature system of established principles - like Brunelleschi’s - though developed and proven effective over perhaps thousands of years, such as it has eventually blossomed in Afro-Cuban music as a primary example.

Afro-Cuban percussion contributes essential characteristics to the richness of Latin American musical folklore, and its rhythmic systems hold a complexity and sophistication that deserve greater study among both learned and popular musical spheres.

In Conga Drums in Space and Time, author Jorge Pardo presents an exploration of the surprising ways rhythms can create three-dimensional space when properly structured, considering Afro-Cuban percussion in particular. He charts the emotional excitement felt by listeners when exposed to syncopated rhythms using a thought-provoking theory of time positions. These ideas then carry over into Pardo’s own system of hand drum notation (HDN), a simple and straightforward iconography that allows percussionists of any level to sight-read two hand patterns and play authentic Conga rhythms in a short time. Through a combination of theory and practical exercises, Pardo takes musicians on an unusual rhythmic journey of discovery.

Intriguing and challenging, this bilingual study explores the unexpected relationship between music and three-dimensional space and provides a simple and accessible system for percussion notation.

Jorge Pardo is an architect and amateur musician. A member of the American Institute of Architects (AIA) and the New York Academy of Sciences (NYAS), he is a designer, inventor, and author of research and technical articles, and he maintains the study of polyrhythmic music as a performer and teacher.