A Decade of Murder, a Lifetime of Redemption 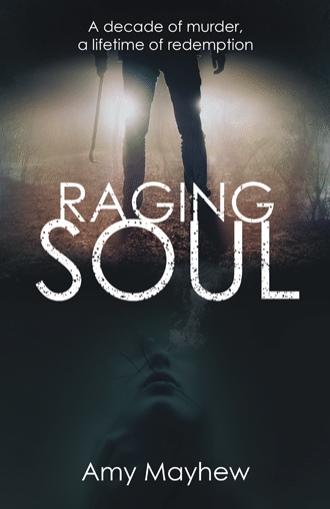 It was nearly two in the morning, and John had been drinking for just about nine hours straight. John opened the driver’s side door and got in.

“Are you okay to drive?” Bev asked as he made his third attempt to fit the key into the ignition.

John started the car, then leaned in Bev’s direction and opened the glove compartment, exposing a small flask.

Bev stared as John quickly unthreaded the top and took a swig, but shrank back and stayed quiet. Evidently, Bev’s glare was well noticed.

“You know what? Maybe this isn’t a good idea after all.” Bev began to unbuckle her seat belt.

John slammed the car into drive and stepped on the gas. The gravel under his tires pierced the silent air and filled it with a dusty cloud.

“So when you come out of the lot here, take a right. My mom’s farm is just east of Mulliken off this road, M-43.” She watched him take another swallow.

John turned right and quickly picked up speed along the highway. The glow of the dashboard lights reflected on the silver flask.

“We’re only up here about three miles or so.” Bev felt like she was talking to herself. “What’s wrong, John?” she said, placing her hand on his forearm.

John glanced at her hand, returned his gaze to the road, and drank another swig of whiskey. “Nothin’s wrong.”

“Okay—just up here past this barn—that’s my house,” she said, pointing off to the right. John didn’t slow down. “Take a right here! Or you’re gonna miss it!” John sped by.

“John, you need to turn around, you missed it!”

“I know I did, sis. I just thought it’s a beautiful night for a drive, don’t you think?” He looked over at Bev and winked.

“Yeah, I guess …but it’s really late, John. If I’m not home by two-thirty, my mom will really be worried.”

John’s mood was doing the same thing it had at the bar, flip-flopping from highs to lows.

“Okay, John …just for ten minutes, but then I gotta go home, okay?”

“Okay, baby, sure. We’ll just go down one of these dirt roads and find a good place for us to pull over and look at the stars,” he said, glancing at her innocent face.

“Why don’t we just go back to my house? We can sit on our porch and look at the moon, the stars, and everything.”

John turned north and traveled down a long, paved road, bordered by farmland.

“We’re gonna be in the middle of fucking nowhere if you go down here, John!”

“Ain’t that the idea?” he said, grabbing her crotch with his right hand. Bev squirmed and pushed his hand away.

As they continued down the road, Bev saw nothing but farmland and woods. “There isn’t anything back here, John. Let’s just turn around and go back to my house,” she begged.

“Honey, you’ve been askin’ for it all night, and I’m gonna give it to ya.” John downed a long swig.

“I haven’t been asking for anything. You saved my ass tonight from that pig at the bar and I am thankful for that. But I don’t want anything else from you!”

John continued to watch the road. “I just felt sorry for you,” Bev blurted.

“Sorry for me?” John glowered at Bev.

“Well, you know what I mean …all that stuff about Vietnam and your limp…you know,” Bev stammered.

“I’ll show you ‘limp,’” he said grabbing her hand and pressing it against himself.

Bev began to sob. “Don’t do this, John …you’re a better man than this.”

The road dead-ended at desolate dirt road, and John turned left. Just up on the right, John saw a clearing near an expansive wooded area, apparently a “parking area” for hunters. He turned off his lights and pulled in. Bev scrambled to open the door.

The next thing Bev felt was John’s huge hand around her neck and the weight of his body against hers in the front seat. “It doesn’t have to be like this,” John whispered into her ear as he used his other hand to unbuckle his pants.

Bev’s muffled, wheezing sobs continued as his grip tightened on her windpipe. In a last-ditch effort, Bev jerked her right knee upward, striking John in the groin.

John grunted as he let go of Bev’s neck and grabbed his crotch.

Bev, hardly able to breathe, fumbled with the door latch, but managed to break free.

Falling out of the car onto the hardened earth, Bev heard John yell. “You bitch—you fuckin’ bitch!”

John struggled to exit the vehicle while clutching his nuts. Quickly, he grabbed a tire iron from beneath the passenger seat.

Bev rolled away, managed to get to her feet, and slammed the car door on John’s huge hand.

“Jeeeeesus Christ!” John roared as the door struck his hand.

Blood dripped from his knuckles. “Now you’ll pay!” John called into the darkness.

Bev ran into the woods, stumbling through the pucker brush and low-hanging branches, scratching her flawless face.

John Hanson, a seemingly friendly drifter, offers Beverly Deerfield a ride from the rural bar where she works. Beverly never makes it home, and Hanson’s burned body is found hours later among the wreckage of a single car crash along an isolated Michigan highway.

Detective Alan Whitman’s gut tells him that Hanson had something to do with Beverly’s disappearance, yet he can’t prove it. Beverly’s body was never recovered, and it’s a regret that haunts Whitman for his entire career.

Thirty years later, Julie Deerfield is the spitting image of her late Aunt Beverly as she begins her career at Michigan State University.

After having too much to drink at a Halloween party, Julie falls victim to a date rape. The shame of the incident fuels her new-found interest in drugs and alcohol. Soon, a dark, unknown part of her personality begins to emerge – something she and her friend Sarah, desperately struggle to understand.

When details of Julie’s night terrors begin aligning with facts from a case Mike is studying, Sarah convinces Julie to try past life regression. The past and the present collide as Julie realizes she is mysteriously linked to the man who murdered the aunt she never knew. Can Julie use this connection to bring closure to her aunt’s brutal death, or will she allow this “RAGING SOUL” to determine her fate?

Amy Mayhew was born and raised in Michigan. Having spent her entire career writing in one form or another, being a bestselling author is her greatest dream. She lives in the greater Detroit area with her husband, Tony, and continues to roam the corporate jungle until fame and fortune come knocking on her door. RAGING SOUL is her debut novel.