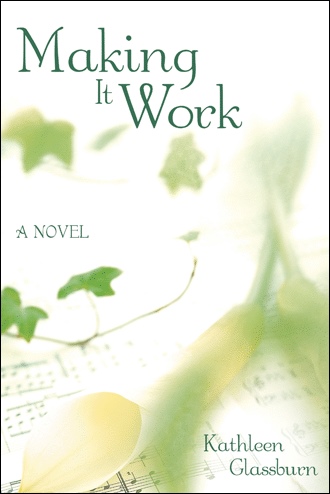 Late in the afternoon of Friday, February 26, 1965, four weeks after the simplest of Catholic wedding ceremonies attended only by immediate families, Jim Gallagher came home to Sheila Doty Gallagher, his bride. Minutes before, Sheila had arrived from work at a bank close to their furnished one-bedroom apartment near Loring Park, a short distance from downtown Minneapolis. It rented for $125/month.
White dust clung to Jim’s jacket and jeans from hanging plasterboard at a new development in Golden Valley, an affluent suburb. The previous weekend he had driven Sheila past the houses.
“Someday we’ll live in a place every bit as nice as these,” she’d said.
“Yeah…right.” Jim had shifted his black 1951 Mercury, affectionately called "the beater," to second and headed for the city.
On this afternoon, Sheila gave him a huge, welcoming hug, disregarding his dusty clothes even though she hadn’t changed from her dark blue wool dress. He went to the bathroom for a quick shower, while she rummaged through their tiny kitchen, puzzling over a nearly empty cupboard and refrigerator. What will he like – Kraft mac and cheese or hot dogs?
Minutes later, Jim appeared with a towel wrapped around his middle. He stood staring at her.
“What’s going on?” She stirred mac and cheese on the electric stove.
“What do you mean?”
“Why are you standing there looking at me? Isn’t there a program on TV?”
“I need to tell you something.”
“Yeah…” A quiet guy, Jim didn't bring up things in this way. “What’s wrong?”
“Nothing.” He clenched his jaw.
“Well…?”
“I enlisted today.” He stretched to his full six feet four inches. “In the Navy.”
Nineteen-year-old Sheila remained uncharacteristically silent.
“Aren’t you going to say something?”
She slammed the saucepan onto a metal trivet shaped like a heart, her freckled skin reddening. "Why didn't you talk to me first?"
“I did it, kind of…on the spur of the moment.” He shrugged. “Bert’s been pushing me. Saying if I don’t join another branch soon, the Army’s going to get their hooks in me. I’ll be crawling through Vietnam’s rice paddies.”
Herbert Anderson was a foreman for Hansen Brothers Construction, where he’d been employed at least twenty years. Jim’s firm friendship with him, Sheila was certain, had to be because he never saw his own father. But still, she thought, To not even consult me!
“So, what’s next?” She clenched her shaking hands into fists.
“I’ll be leaving in two weeks. The recruiter said that’s enough time to give notice at work and get my affairs in order.”
“We’re still on our honeymoon! Did you tell the recruiter that?”
“He doesn’t care.” Jim hung his head as if something important had dropped on the floor. “I should have talked to you first. I made the decision and wanted to do it right away.”
When he decided to take action, it was always spontaneously. That’s what happened when they’d decided to get married. Sheila’s father had insisted she move back home rather than living in the dorms with her friends.
“Your mother and brother need you here,” he'd said.
When Jim heard this, he said, “You need to escape from under his thumb. Let’s get married.”
“What about my music degree?” she’d responded.
“You’ll get it eventually. It’ll take a little more time.”
Being with him every night trumped attending the University of Minnesota.
Now, deep down, Sheila knew his enlistment in the Navy was for the best. Twenty years old, healthy, and with nothing to defer him, the Army would soon want Jim as much as she did.
He wrapped his arms around her slight frame, holding Sheila close to his chest as if sheltering a bird with a broken wing. “I don’t want to go, but what choice is there?”
“I don’t know.” She grabbed for a tissue to wipe her wet cheeks.
“It won’t be that bad. I have Basics, then you can be with me wherever I’m stationed. You’ll just have to get a job.”
I wanted to start night school this summer. “How long will you be gone?”
“Twelve weeks.”
“Three whole months.”
"Let's go out to dinner -- Luigi's maybe?"
“I’m not hungry.”
He held her away from him, his large hands heavy on her shoulders, making Sheila feel smaller than ever. His hazel eyes stared into her moist brown ones. “It might be fun.”
She’d be increasing the distance from her parents. That'd be good. What about Tommy? The only one Sheila would miss was her younger brother. His dark red hair, similar to her own in color, made her smile because of the many cowlicks.
With a resigned sigh, she stepped away from Jim and put the uncovered pan of mac and cheese in the refrigerator. “Okay, let’s go out to dinner.”
"I’m sorry my little doll…Let's go in the bedroom." His towel dropped to the linoleum floor as she let him lead the way.

It is 1965 and nineteen-year-old Sheila Gallagher is grateful to have finally escaped her dysfunctional family and married her high school sweetheart. Unfortunately she has barely unpacked in their Minneapolis apartment when Jim reveals he has joined the navy. Now her plan to earn a music degree is foiled. Still, Sheila puts her dreams on the back burner, and follows Jim to California for his first assignment.

A few months after their arrival in Long Beach, Jim is deployed to Vietnam. As Sheila attempts to navigate in a strange city without her husband, she begins to question America’s military actions. And when Jim finally returns, he shocks her once again with his decision to re-enlist, prompting their divorce. As Sheila’s desire for a new beginning leads her to San Francisco, she embarks on a journey of self-discovery where she participates in anti-war demonstrations and searches for true love, meaningful friendships, and the courage to pursue her dreams. But in a time of great political and cultural change, Sheila is about to discover that a worthwhile goal can be difficult to achieve.

In this historical tale, a young woman sets out on a ten-year quest to overcome obstacles and create the future of her dreams during a tumultuous time in America.

Kathleen Glassburn has an MFA in Creative Writing from Antioch University, Los Angeles. She is managing editor of The Writer’s Workshop Review, www.thewritersworkshopreview.net, and her short stories have been published in many literary journals. Kathleen enjoys horseback riding and playing the piano. She lives in Seattle with her husband, three dogs, a feral cat, and a fifty-year-old turtle. Visit her at www.kathleenglassburn.com.