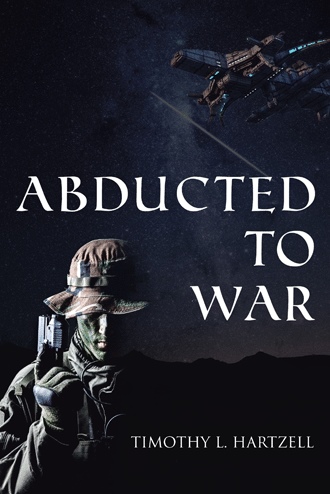 Ark was poised to continue his runs, and I, still blinking the sleep out of my eyes, was ready to pounce. This new creature bellowed his demands with vulgar acuity. It seemed that it wanted Ark and me to be his slaves among other disgusting notions. It backed up these notions with threats of doom and mayhem. I could see that the clawing from Ark had little effect, and that it didn’t pay any attention to the damage Ark did cause. I assessed it to be a very formidable foe, and would have to find its weak spot before it got those hands that looked like hammers on me. After a good long pause in the conversation I straightened up my stance looked it in the eyes and proclaimed “you’ll be a daisy if you do”. It just came out of my mouth. I remembered that statement from an old movie I saw, and couldn’t help from saying it. It felt liberating to say even though I might get the crap kicked out of me for it. This creature didn’t change its stance or demeanor, it just hunched there while drooling from its massive lips. I figured it would have made a move at us by now but it just stood there staring at me. Maybe it didn’t have one of these nice translators, or maybe it ate his, so I waved my hand at it to shoo it away. At this the creature began a slow grin that ended with a gob of rotten teeth the size of golf galls. A chill spilled down my back. This grin was pure evil, and I wanted no part of this creature. I clutched my knife tighter, and lowered myself into position again. The look on my face must have been obvious because Ark was now at a dead run toward the creature, claws fully extended. I was hoping that with its large girth it would be slow also. I was right. It took a swipe at Ark with a slow lumbering swing, and Ark darted under while strafing its arm from wrist to elbow. I immediately sprung into action, with a leaping kick to its head while using my other foot to push off of its chest. I landed with a roll and sprang into a crouching position. The thundering steps behind me told me that it was moving toward me. As I turned I saw a huge fist slamming into my face. My head snapped back like I was hit with an air bag in a head on collision. I assumed his hammer would hurt more than it did, but I just rolled with the punch and scurried to my feet a bit dazed. Ark was still slashing and running. After a good slash to the creatures back it stood up straight and grimaced. This was my chance. I rocketed forward and leaped. My full force shoved the pointed stick into the creature’s neck, as I came down on his head with my knife. I buried the knife to the hilt in its brain pan, and was hit with a forearm that sent me head over heels. Upon getting up this time I heard a loud thud, and felt the slight blast of air from the creature hitting the ground. The creature hit the ground face first causing the stick to further penetrate into and out of its thick neck. Ark stood on the opposite side of it cocking his head as if waiting for movement. I stood up, dusted myself off, and reflected on the fight. After a few moments Ark moved over to it and tapped it on its head. I told him that I think it is dead. With a large pool of what looked like blood spilling from its throat and a rancid smell of death and body odor we decided to move on from this place and walk further into the night.

He woke up twenty hours ago, but he’s still groggy from some weird drug-induced slumber. Surprisingly, he’s also no longer on Earth. The three moons sort of gave that away. Since he was a world-renowned survivalist and mountain hiker on his home planet, he doesn’t panic—not right away. First, he needs to figure out how to stay alive in a place that looks like Arizona.

The man roams in search of food. He sleeps only to find footprints nearby as if someone stood there all night, watching him. It soon becomes apparent this man was brought to here for a reason. He has been abducted, not for some clandestine scientific experiment, but for his unique talents—talents that will help him thrive.

He is the only being in the galaxy that can save his planet. He won’t use his strength alone, but also his mind and spirit—and the assistance of some strange new friends. This survivalist will command an army into battle against a horde of evil aliens. No other can bring about the survival of mankind. This isn’t some nature trip; it’s the intergalactic battle to end all others.

Timothy L. Hartzell is a hardworking man with a healthy imagination. He has always been poor economically but wealthy spiritually. He finds himself very fortunate to be able to tell stories that evoke a sense of wonder in the eyes of others.