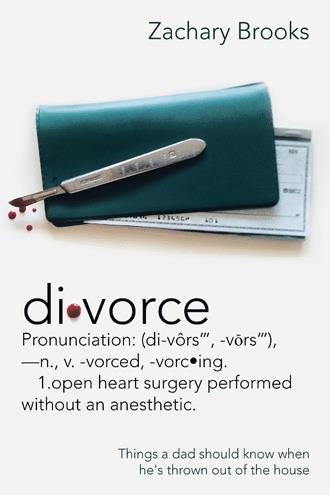 What would be the most effective way of having someone actually listen to your message without having to hear what you have to say? Yes, you read this question correctly. This was intended to be a tricky question in order to see if you’ve actually been paying attention to what you’ve read thus far. Let me refresh your memory… hearing involves the identification of specific sounds that stimulate the brain to react by generating various feelings whereas listening involves the process of exchanging pertinent information through speech and conversation to stimulate a specific pattern of thought. Just because someone says that they hear what you’re saying doesn’t really mean that they’re actually listening to you. Do you remember now?? Good, now let’s move on. Take a moment to reverse roles for a moment and stand in your kid’s shoes upon realizing that your dad needed you to understand something important… how comfortable and receptive would you be if you were lectured, grilled, yelled at, commanded or threatened? Do you enjoy being educated or trained in a condescending manner? Think about it. As a divorced dad you may often find yourself in a precarious situation that requires you to apply a certain amount of tact, diplomacy and sound nurturing in order to get your message well understood. The goal here is to instill a message without your kid(s) feeling lectured or persecuted.

As noted earlier, you’ve been blessed with the responsibility of being your kid’s dad instead of a best friend. You never want to beg or bargain with your kid(s) because it’s a sign of weakness. Such an activity will make you lose whatever respect that you may have for yourself and that which others have for you. Some of your primary responsibilities as a dad are to educate, take to time to explain things, guide and empower. Ultimately, you want to develop the ability to turn the complicated into bite-sized pieces that are easy to digest. By becoming more articulate and creative you can be perceived as a good leader which in turn will most likely encourage your kid(s) to develop a stronger interest to interact with you and seek your advice. In addition, seeing that kids tend to be a product of their environment there’s a good chance that your kid(s) will develop and apply such positive qualities. Conversation is the exchange of thoughts and ideas between two or more people, remember? Taking time to develop this process could prevent you from being placed in a precarious situation of not knowing what to say when you’re with your kid(s) and/or with grownups. Nonetheless, you should always be prepared.

You don’t have to say a lot to say a lot! You can be far more effective in expressing your message in less than two minutes by keeping it simple, to the point and with minimal emotion. Although kids generally appear somewhat complex their process of thinking is rather simple, by no means should you ever consider kids to be stupid because… wait for it… right… you got it, they’re a product of their environment and the guidance they’ve been given. You’ll be well-received when you’ve developed the ability to take the complicated and make it easy to digest by putting things into a context that your kid(s) can easily relate to. As kids become older their attention span is not going to expand in relation with your being long-winded. Apply the following short experiment in your work environment to see just how effective you think you are. Choose a common topic in which you believe everyone has an opinion, start a conversation with someone and don’t stop talking. Prevent the other person’s opinion from being heard by relentlessly forcing your thoughts again and again. Stop! Has your arrogance and insistence created a true friend? Highly unlikely! Your desire to initiate a short conversation and share your opinion will initially be welcomed out of courtesy until you’ve worn out your welcome by being aggravating, obnoxious or boring. If this is the way you talk to your kid(s) it’s no wonder why few people want to listen to you or be around you. When you’ve got to say something to your kid(s), or anyone else, try to make it simple, ask that person to share their thoughts and give that person the time to respond. When you want to reinforce a significant thought don’t keep beating your kid with it, instead present it in a manner that they can relate to. Doing so will help to influence a decision that will be helpful to the both of you. If you were to apply the basic concept of empowerment there’s a good chance that you’d avoid being obnoxious and condescending.

In less than two minutes you should easily state your concern, implement an understanding of the situation, influence the choice you would like your kid(s) to make and provide an alternative option that may not be as healthy but would be reasonable. Briefly outline of the effects of each choice and then ask to choose which option is best. Once you’ve presented your thought SHUT UP, smile and wait for an answer because the first person to speak loses. Believe it or not, kids appreciate brevity, honesty, knowing their options in order to make a healthy decision and being part of a decision-making process. Responsibility in even the smallest form can be very powerful because it will likely encourage trust. Think of the impact this practice would have on your kid(s) while visiting you. It’s unlikely that your kid(s) receive any such courtesies in their other world because their mom is in charge and has to control everything in their environment. Practice the art of saying a little to say a lot and your environments with your kid(s) and others will become more enjoyable.

When your wife throws you out of the house, no one gives you an instruction manual. You’re officially on your own!

Zachary Brooks was once in that exact situation—left on the sidewalk like the trash. He felt alone, scared, helpless, and unsure what to do next.

His number one priority was maintaining a close relationship with his son. So many questions swirled through his head:

When will I be allowed to see my son again?
What did I do to deserve this?
What could happen next?
How am I supposed to get through this?

When he went to the Internet and libraries to search for information, he found legal jargon and condescending rhetoric from lawyers, social workers, politicians and overly educated individuals who had never personally experienced the sheer brutality of a divorce.

He wrote this guide to help other dads better understand and manage the critical elements of their divorce while remaining a beacon of light in the lives of their children.

“As a divorced dad, while reading this book, I found myself relating to each story, each situation, and each feeling associated with the process of divorce. A book, such as this, would have benefited me immensely if it was released before or during my ‘eviction.’ This is the person that you want to learn from.”
—Seth Lerman, professor, author

Zachary Brooks wasn’t prepared for the overwhelming mental and financial toll that came with divorce in Massachusetts, but his love for his son gave him a sense of purpose that became the key to his survival. Learning how to listen, observe, prioritize, articulate his thoughts and manage whatever he could is what kept him afloat. He enjoys a great relationship with his son and is able to trust, love, and laugh again.