Drowning in Sight of the Shore

Caught in Eddies of Progress 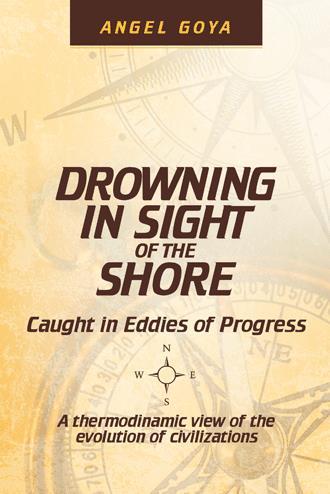 Making prophecies is always a thankless task. Not only because you have to be right about what you say, but, most importantly, because you have to be right about when everything will happen. If decades go by without the predictions being fulfilled, the prophet becomes discredited, even though he is logically and ontologically right. For example, Malthus was discredited for over two centuries because successive green revolutions have managed to feed the planet's 6 billion human beings. But a time will come when the Earth cannot feed 10 billion, or 20 or 30 billion people. His prophecy will then make sense, even if 250, 300 or 500 years have elapsed since the publication of his Essay on the Principles of Population (1798). It is an ontologically irrefutable argument that, at some point, arithmetically increasing natural resources will not be able to feed a geometrically growing population.

Something similar can be appreciated if we re-read the conclusions reached by the Club of Rome in the 1970s on the limits of growth. They now seem increasingly correct, as well as current. The same thing can be observed with certain Marxian theories if we re-read them in light of the evolution of the last 30 years' data on the distribution of wealth between capital and labor incomes, company concentration or the evolution of the Gini coefficient; rather than in the framework of the 2008 financial crisis . Increasingly, we are beginning to perceive worrying symptoms of greater social polarization, the beginning of the middle class's decline and a concentration of oligopolies in an ever greater number of production activity sectors. And, yet, for a hundred years, Marxian prophecies, at least in the First World were at odds with the reality of a burgeoning Welfare State and an increasingly thriving middle class. Today, almost all, we can more or less Marxians in analysis and prophecies (although we were not agreed with his proposals).

Significant care needs to be taken with timing in historical foresight and not to attempt to force the current generation to bear witness to the fulfillment of different predictions . We must be especially careful in historical foresight, even if it leads to hypocrisy, because, although we may be absolutely convinced that the forecasts will imminently be fulfilled, it will always be worth postponing them to the 22nd and 23rd centuries, otherwise, defective timing may ruin the logical and ontological perfection of the premises and the beauty of the discourse. There are prophecies that are unlikely to be seen fulfilled by those who made them, but by their children’s children. However, their fulfillment is almost inevitable, as were those of the Malthus, Marx and the Club of Rome mentioned above. However, other prophecies exist that affect humanity just as much. One example is the peak oil event, articulated by Hubbert in the 1950s, which argues that at some point in the near future oil production will decline. Another thing if the fact will be developed in a catastrophic scenario or if humankind had gotten to leap, at that time, to a sustainable change of paradigm into a sustainable scenario based on the hegemony of renewable energies and fusion energy.

Alternatively, there is the prophecy deriving from the end of Moore's Law , which empirically states that every two years the number of transistors that can be found at the same price in an integrated circuit will double, and therefore so will the global capacity for memory, the processing speed or the size of pixels in digital cameras. Through pure logic, this law is bound to fall apart at some point, because it will be impossible to maintain the improvement rate in the manipulation of subatomic materials and that, of course, will imply a technological turning point.

The challenges arising from these prophecies will have significant consequences for humankind. Given the challenges that need to be faced, appropriate answers may, or may not, be given. We can opt for a technological leap that allows energy efficiency in some increasingly complex socio-economic-political structures and that reduces the system's entropy; for instance, through, quantum computing, progress in achieving a hydrogen society and fusion power. However, conversely, we can —in thermodynamic terms— maintain a high level of entropy, that is either stable (stagnation) or increasing (decline) and sustainable over time. Zero growth is a possibility again: not as a 1970s utopia but as a single, undeniable reality. There are no intermediate positions: either we keep pedaling or we fall down

Using the metaphor of the second law of thermodynamics, which states that the “amount of entropy of a thermodynamically isolated system tends to increase with time until no more entropy is possible,” this book examines the challenges of the twenty-first century—and offers solutions.

Angel Goya, a lawyer and civil servant, reveals the connections between the major civilizations of antiquity and the fourteenth century, including their successful or failed attempts to survive climatic, cultural, political, and economic challenges.

More importantly, he applies lessons from the past to contemporary society, arguing that to avoid entropy, a technological leap is always required to meet challenges.

Specific chapters explore how climate change, natural disasters, and the environment shaped the Roman empire; how the Roman army was a reflection of the empire’s development; and how culture, religion, and the migration of peoples influenced civilizations in cultural, sociopolitical, and economic terms across the world up to modern times.

Get solutions to problems by looking to the past, and find out why we must embrace globalization instead of reverting to protectionism in Drowning at the Sight of the Shore.

Angel Goya, a lawyer and civil servant, was born in Spain in 1964. He has predominantly worked as a manager in Spanish public research bodies, including the National Research Council, Center for Energy, Environmental and Technological Research, and the Geological and Mining Institute of Spain. He also served as civil governor in the province of Guipúzcoa, in the Basque Country, during the height of the Euskadi Ta Askatasuna’s separatist movement. He is currently a labor counselor at the Spanish Embassy in Berlin.