A True Story of Survival, Deliverance, and Transformation 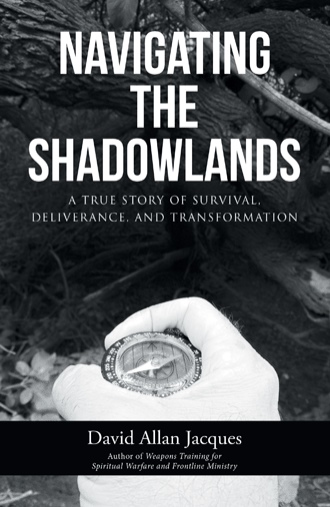 <p>It was nearing twilight, but we weren’t going to be gone for long. There was an increasing chill in the mountain air. Dappled sunlight gave a dim illumination through the forest canopy as we began our trek. The mood became strangely quiet as we hiked into the woods. After about a mile in, we came to a clearing amidst a number of trees. There was a stump in the middle of this clearing. That’s when this little venture started going south. The other scouts seemed to know this place as though they had been there before. Maybe they had come here with other newbies. I soon became aware that there was an agenda. The older boys all started to insist that I go through their initiation ritual. They explained that they did this with all the new members. The boys told me that I couldn’t be one of them if I didn’t go through the initiation. The atmosphere took on a dark, threatening mood at that point. Our leader, the scout master’s son, was an older boy, and there was something menacing about him. He told me that I was to put my hand down on the stump of the tree. Then one of them (the leader) would swing a hatchet. I would be expected to pull my hand out of the way just before my fingers were cut off. “Are you going to be brave enough?” He asked. “Or are you going to wimp out?”<br />

At first I wasn’t sure if they were kidding with me, but there was something about the look in this older kid’s eyes that told me this wasn’t a joke. They surrounded me, and I felt I had no choice. I was suddenly experiencing a little panic. With the utmost reluctance and reservation, I placed my hand down on the stump. I thought, if I can just get through this, it will be over and we can get back to having fun. I put my hand down with my fingers splayed out on the stump. I watched him as he took the hatchet from another kid. I thought maybe he’s just trying to scare me, and that he’s really not going to do it. I waited. I watched his every move. My adrenalin was high, and my heart was thumping in my chest. Then he raised the hatchet and paused a moment. I was tense, watching, waiting. Every muscle in my body was tight, ready to move at his first flinch. Then, he swung. The hatchet came down hard and fast. There was no hesitation in his movement. I pulled my hand away just in time. The hatchet went “thwack,” as it buried itself in the wood, echoing the sound of a loud thud. I just stood there blinking. Had I not moved my hand, I would certainly have lost my fingers. I couldn’t believe it! I was still processing it all. He was actually going to do it! Now I knew that the situation was more dire than I could have imagined.<br />

The sun was getting low, and the shadows were getting long. The boys began to assert that I had moved my hand too quickly. For that reason it wasn’t good enough. It didn’t count. Their faces were dark, backlit by the fading sun. They insisted that I put my hand down again. When I perceived that they were not going to be satisfied until I lost some fingers, I took off running. The boys gave chase. I ran down the main trail looking for cover. My pulse was racing. I ran as fast as my legs could carry me. Up and down small hills I raced through bushes and around trees. My face and arms repeatedly whipped by branches and brambles. I didn’t stop. I didn’t look back. I left the main trail and ran down a narrow path. I moved through a rabbit trail. I hung a left. I took off down another obscure trail again trying to lose them. I ran quickly, looking anywhere for a place to hide. I came over the brow of a hill and tripped on some rocks. I pitched forward and fell down a steep grade sliding into a pile of dead leaves. I looked up, spitting out dirt. An old man with a fishing pole was standing in the shallows of a large pond. He wore high rubber boots and was casting his line in the water. <br />

He smiled with surprise and said, “Well, you took quite a slip there, fella. You ok?” I was frantic. I stood up breathing hard. I looked around and back up the trail I came from. There was nobody behind me. “There is a scout troop chasing me, and they’re trying to kill me! They want to chop my fingers off!” I said, practically breathless.<br />

He just laughed like he didn’t believe me. I kept looking back. The boys were gone. They likely had seen the old man and then decided to head back to camp. I waited there by the old fisherman until, out of good faith or obligation, I couldn’t tell which, he walked with me back to camp. When he saw that I was safely delivered, and that the boys had adult supervision, he said goodnight and left. Our weekend campout was only a two-nighter, so I made a point to stick close to the scoutmaster for the rest of the weekend. Later, when we returned from camp, I told my mother what had happened. The next day I quit the troop. But I had had an encounter with evil that I would never forget. And it certainly wouldn’t be my last encounter either.</p>

It was November 1987, David Allan Jacques pulled into a parking lot, found a spot under a shade tree, and parked his car. Moments later as he wailed into a towel held over his mouth to muffle the sound, David spiraled downward into self-condemnation. As he reflected on a violent, rocky past and a tragic failed relationship, David was forced to make a choice: to escape his torment by taking his own life or confront his demons and profound brokenness. Thankfully he chose the latter.

In an inspiring spiritual memoir, David candidly reveals how he embarked on a journey to overcome his past, search for his purpose, and find a pathway to freedom, healing, and recovery. While detailing his experiences as he wrestled with devastating blows and confronted seemingly insurmountable obstacles, David discloses how God intervened, delivered him from his internal prison, helped him navigate the shadowlands and, most importantly, taught him that no matter what, He was always accessible, faithful, and willing to act.

Navigating the Shadowlands is a true story of transformation as a lost soul climbs his way out of darkness and into the light of restoration, with help from a powerful and loving God.

David Allan Jacques is a Marine Corps veteran and a licensed minister with Resurrection Apostolic International Network (RAIN). A graduate of Hope International University (formerly known as Pacific Christian College) in Fullerton, California, David holds a degree in Diversified Ministries and Biblical Studies. He has served in ministry with the Ventura Healing Rooms for the last nine years, and has authored the book, Weapons Training for Spiritual Warfare and Frontline Ministry.