The Year of the Lieutenant 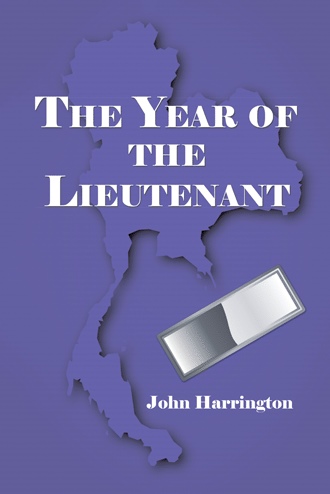 There were two planes a week into Nakorn Sarang, both of them from Takhli, a larger U.S. Air Force base about a hundred miles to the south, which provided Nakorn Sarang with supplies. (There were occasional flights directly from Bangkok, but they were irregularly scheduled.) It was on one of these supply flights that I first arrived in NSG which is what the Air Force seemed to prefer calling Nakorn Sarang. My duffel bag and I had been placed between NSG’s weekly supply of food and a large carton, which claimed to hold 400 cans of paint, olive drab.

From the air, the town of Nakorn Sarang could not be seen, but the radar site of a dozen or so buildings with aluminum roofs spread around a small trapezoid shaped area of a few acres could be clearly made out. It lay at the far end of a runway. At the other end, where the plane rolled to a stop, was a white building with a tower. This was the Nakorn Sarang Airport.

Around the rear of the C-130 aircraft, as the supplies and I were being lowered by the hydraulic lift to the runway, there were standing about some dozen sergeants and airmen. Above the roar of the idling engines, one of them yelled to me, “Hey, Lieutenant, are you part of the supplies or you going on up the line?”

“Is this Detachment 8 of the 519th Tactical Air Control Squadron?”

“Then I’m part of the supplies.”

I rode, still in my place between the food and the paint, on the back of a large truck along the pot hole marked dirt road that led to the radar site. When the truck stopped in the center of the site and was being unloaded, one of the sergeants, at my request, pointed out the orderly room as, “that little fucking building by the fucking gate.”

Toting my duffel bag toward the orderly room, I became aware of the tremendous heat and humidity. A thermometer off the porch of the orderly room indicated it was, in the sun, one hundred and eleven degrees. I tried to remember if I had ever been so hot.

In September 1967, with the Vietnam War raging, Lieutenant Jim Doyle arrives at a small United States Air Force radar site in Nakhon Sarang, a town in central Thailand. He is the new administrative officer for the site, where the work is in support of the bombing of North Vietnam and Laos.

As the year wears on, Doyle must not only deal with the internal politics of the site’s leaders, but also with troubled officers and airmen, his own conflicted feelings about the war, and his entanglements with several Thai women, some bawdy, and some uplifting. His confused emotions lead him to become awkwardly involved in another lieutenant’s romantic situation, one that ends badly for everyone. At the end of his year-long assignment, Doyle leaves Nakhon Sarang and Thailand disappointed in his inability to have made sense of his experience, a feeling that will continue to trouble him for years to come.

Although ultimately a sad tale, the story is also a portrait of young Americans dropped into an exotic culture in wartime, portraying them with humor, sometimes risqué and sometimes farcical, but always with an underlying empathy.

John Harrington worked in the magazine business, primarily in the circulation and distribution area, for most of his business life. He served five years in the US Air Force, stationed in Texas, Thailand, and Arizona. He originally wrote “The Year of The Lieutenant” in the mid-1970’s, not long after leaving the military. It was not a good time for fiction related to the Vietnam War. A few years ago, he began working on it again. He lives in Rhode Island, with his wife, Eileen, and near to his son, Jim, his daughter-in-law, Amy, and his two granddaughters, Elizabeth and Olivia.