The Lost Books of Jesus and John 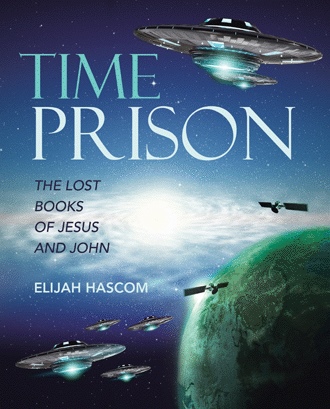 In the book 20,000 Leagues under the Sea and Journey to the Center of the Earth, Jules Verne writes about many things that would be hard for readers in that time and era to imagine. Today nothing seems impossible for us as humans given time. We have successfully landed on the moon and sent land rovers to mars. We also managed to put satellites and a space station in the sky orbiting our earth. Let us remember many men had innovation, prophetic thought and vision way beyond their times. I am one of those people. Or could it be possible I am telling you a story in which time repeats itself and nothing is new, it’s only been remodified? There was also was a man named Albert Einstein who came up with theories on relativity and time travel. Benjamin Franklin, one of our founding forefathers, discovered electricity or so he may have thought. There are people all throughout time who came up with inventions or ideas that brought some kind of advancement for the human race. We are becoming aware that our early ancestors who used architecture were a lot more intelligent throughout history than we first realized. There is nothing new in this world, it has only been changed over, reinvented, or made better. I will try to explain with great patience many things under this sun so you as my people understand who we are and the price we must pay on behalf of our forefathers. We as humanity are finally ready to realize who and what we are. I am but a common man born from the spirit of ages. It is of great importance for me to enlighten humanity of certain events that happened through the pages of time. Not every creature that resides in this universe is of human origin; however, they have sent representatives to speak on their behalf many times. I am a voice of that representation by power of the Holy Spirit. Some people may say this guy is crazy or even a fool. That is ok, I will respect that thought. I know the price our ancestors have paid as well as my own price. Many were not ready to pay such a high debt. The body of Christ and the forerunner of the Christ represent a connection to the heavens. This is how it was set up long ago by powers that are greater than the common man’s mind can grasp. The power of Jesus Christ comes from the resurrection of spirit. The wisest of souls have walked this earth many times. I must say this right off so that you will know knowledge is based on time. Knowledge comes from many walks and many paths. I have walked this world many times, so says the Holy Spirit. Because there’s much suffering on this earth my arrival suggests a countdown from the heavens. Will we change our ways for the better or will things continue to get worse? This is why the heavens intervened long ago to save us from ourselves and to protect others. Our ancestors, being greedy and reckless with technology, were forced from the heavens down to this earth. This was the great war of Michael the archangel and the dragon that is mentioned in the book of Revelation. War is war, I am a prisoner to the Holy Spirit who dwells among men. Woe to the inhabitants of this earth. I have come as prisoner of Christ to tell my tale. Merciful and mighty is the name of Jesus.

Revelation 12:7 And there was war in heaven Michael and his angels waging war with the dragon. The dragon and his angels waged war, 8 and they were not strong enough, and there was no longer a place found for them in heaven. This event passed very long ago. I will reveal the timeline of the book of Revelation in a way that no other man has attempted. By that you may judge me in the authenticity of the Holy Spirit. The war in heaven ends midway in the Revelation of Jesus Christ. This is very important in establishing the thousand years as well as the second coming of the Lord’s Army of angels in the sky. The battle of heaven has already been fought. We must adhere to a strict timeline to determine if the year 2000 is considered part of the thousand years in the book of Revelation. Soon you will see that my interpretation is correct as I break down “time” with a complete thoroughness. You will then know that Jesus was Lord and savior by the power of unhuman hands. He is heavenly wisdom when we need it the most. I suffer in flesh to give glory to the highest.

Greetings and salutations friends, colleagues and scholars of science. I will start this book by giving acknowledgment to those people seeking truth, not only in Scripture but in science itself. Certain Biblical scriptures were clearly intended for those who would view them later in time and be able to put the pieces of a puzzle together to make sense of it. I speak from the silence and I truly believe it is better this way.

Just like our earliest ancestors, today we too question the great mysteries of the universe. Where did we come from? What is our purpose? Where are we going? And while we know more today than ever thanks to science and history, we can still learn something important from our ancient ancestors.

Time Prison invites us to look back to our ancestors to find answers to some of our most pressing questions about not only the past but the future as well. Take a trip into the unknown mystery and explore the ancient Egyptians and the great mysteries they left behind, and as we take a journey through space and time to explore our ancient ancestors, author Elijah Hascom will reveal the hidden meanings in holy scripture from the books of Genesis, Exodus, and Revelation.

The scriptures not only speak to ancient events—they also reveal truths about the discoveries of science today. As we explore the good and evil that lives among us in modern-day society, we will receive a great message of hope and love.

Elijah Hascom was born in a small town outside of Chicago, and he spent most of his youth in between California and Florida. After a near-death experience at the age of twenty-two, Elijah began taking notes of this spiritual and physical encounter with death; he has spent the last twenty years preparing these notes and poems for his three-volume series, Time Prison.