Chalice of the Mystic Rose 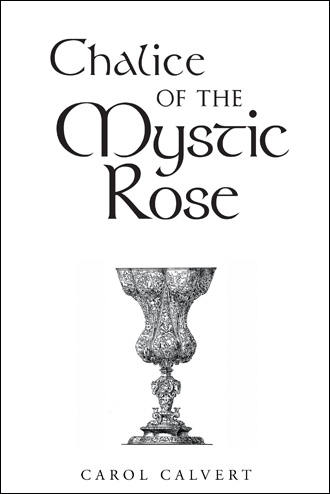 Calmed by the tea, Beitha was able to slip through the

veil and access the White Life of Gwynfyd. This was

the place where advanced souls journeyed for rest and renewal.

Through parting mists, she saw an inviting lagoon, surrounded

by fragrant myriad flowers of the most vivid colors.

saw a figure behind her.

Centuries ago in what is now called Ireland, lived a Druid mystic named Beitha. This sequel to Beitha’s Sound, Chalice of the Mystic Rose, chronicles the lives of Beitha, a sound healer and Druid, and her friend Jenny who is a Christian. Beitha’s mother has been killed by the Zealots who are determined to destroy the power of women and the Goddess. These same Zealots are now after Beitha, who they believe carries powerful knowledge. As this story begins, Beitha is healing from a serious wound inflicted by the Zealots. Jenny has taken her to the most powerful healer in the land.

When she and Jenny are forced to part ways, Jenny heads to Father Padraig’s monastery, where she pursues her unique gifts. During her travels, Beitha encounters a new friend, Deirdru. Both are guided to the sacred land of Glastonbury. There Beitha learns the ancient secrets of the chalice of the mystic rose.

Along the way these young women are beset with profound challenges. Their playful comraderie, courage and skills, along with help from various human, animal and fairy guides, leads them to their ultimate destinies.

Carol Calvert is the Bishop of The Sacred Healing Order of Brigid’s Well, and a member of the Order of Ovates, Bards and Druids. She expresses her passion for Celtic spirituality through her music as a harpist and singer, as well as her writing. Carol lives in Santa Fe, New Mexico with her husband Chris and their dog, Sheba.