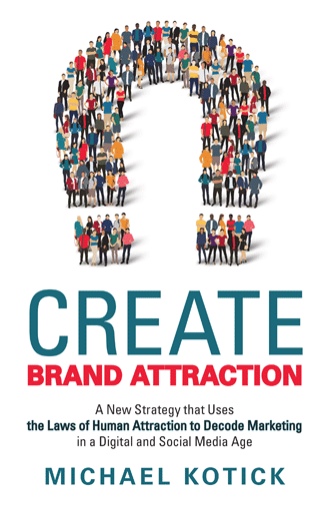 Imagine someone that you’ve known your whole life. We’ll call him Bob. He’s pretty much a loser. (Sorry, Bob). He spends an enormous amount of time on the Internet and social media. He has his own website, filled with content mostly about himself. He is on almost every possible digital platform, also posting things that are mostly about himself.

Bob is also very insecure. In the early days of Facebook, he was practically begging people to like him. Now if people mention him in a post, he immediately thanks them. He jumps on any trending topic or event. He posts on National Doughnut Day. He knows when it’s National Umbrella Day (that’s February 10, in case you’re interested). During the Super Bowl, he tries to make funny comments about the game or the commercials, which is weird because he doesn’t normally follow sports. Occasionally, he says something offensive and then immediately falls all over himself with apologies. All in all, he’s hard to like.

He’s also like many of the brands you know. If we’re being honest with ourselves as marketers, we’re no strangers to a tweet on National Tip Your Hat Day (January 15). We jump nervously onto every new platform (often by reposting things we’ve already posted on some other platform, even though they don’t really seem to fit). We tend to respond to everything anyone posts about us. And way too many of us have spent the Super Bowl trying to think up something funny to say--a practice that thankfully seems to be fading in popularity.

That said, whenever we see reports that show low engagement or realize that we are not able to connect our efforts to a meaningful difference in our business, we never discuss it in normal, human terms,. Instead, we have a have a rich vocabulary that covers all kinds of possible issues. We talk about engagement, influencers, CTRs, and CPMs. We have an impossibly complex set of rules. We know that Facebook posts are more effective at forty characters than four hundred; that a blog post is most effective at 1,600 words (believe it or not, that’s actually a widely recommended best practice, even though it seems awfully long); and that people respond well to smiles and won’t wait more than a few seconds for someone to start talking in a video.

But if a person came to you wondering why they weren’t getting much traction on social media or finding much romance on a dating site, the last thing you’d do is look at the word length of his or her posts. You wouldn’t concern yourself at all with engagement rates or the list of rules that marketers have created. Those things, we know, don’t really matter if there are deeper issues causing the problem. All that is just surface detail. People don’t fail at social media because they’re not following a set of rules, no matter what our research says. They fail because they are not interesting or likable. The same thing, of course, goes for brands. You can follow all the rules you want, but no one is going to like you if you’re not likable to begin with.

To help Bob, you’d have to take a step back and say, “Let me read what you’re posting.” Then you’d get right to the heart of the matter. He’s a bore. He’s a phony. Worst of all, he’s insecure. You’d tell Bob that he’s is much better than this. He needs to be himself, get a point of view, and act with a lot more confidence. He needs to find his mojo and stop acting like a spineless toad. Or at least get a dog. That always helps.

Now let’s look at a different person, one who is much more successful than Bob online and also acts quite differently from most brands. Her name is Hannah Hart, and a few years ago, she was drinking wine (a favorite pastime of hers) and playing around with a webcam in her sister’s kitchen. She was not much of a cook but had the exceedingly rare talent of being able to stay funny while completely over-served with alcohol.

That night, she taped an episode of a fictional show called My Drunk Kitchen. The video opened with her wearing a beanie and squinting into the camera (according to our rulebook, it took her far too long for her to say anything). “This is a bottle of wine I found in my sister’s kitchen,” she finally slurred, “and it’s free.” The rest of her presentation was kinetic and fun. She ran, danced, and joked, all the while demonstrating how to make a grilled cheese—or actually a grilled bread, since she’d forgotten to buy cheese. Finally, she wrapped up by saying, “And on a serious note, don’t beat your kids.”

Within a few days, her video had gotten one hundred thousand views. Within months, she had quit her day job as a translator and started making YouTube videos full-time.

You probably think she is successful because she’s so funny, and of course that’s part of it. Then again, lots of people are funny, and many funnier than she. But if you analyze Hart carefully, you’ll notice there’s a method to her madness—and it’s very different from how brands tend to work. For example:

Another way of putting it is that Hart is acting natural. She does what she thinks works. She’s not the most hilarious person around, but she projects an attractive presence that makes people like her. While she’s far from a traditional beauty, her comment threads are filled with people declaring their love for her and begging to be her friend. And she has done all this while breaking many of our rules. Brands should find this interesting.

LIVING IN A MEDIA LANDSCAPE FILLED WITH NEW DEVELOPMENTS and rapidly evolving consumers, marketers have struggled to make sense of it all.

Michael Kotick, a longtime senior marketing executive, helps you navigate the treacherous terrain in this essential guide for anyone concerned about building goodwill, boosting a brand, and making sales. Instead of overcomplicating modern marketing strategy with jargon, he explains how to use an intuitive, attraction-based framework to understand what successful marketers are doing, how they’re doing it, and where they’re headed next.

He explores topics like pickup lines and why nice guys finish last, primarily using the psychology of attraction to uncover what people really want from brands today. He also shares case studies from some of the world’s best brands, including Chrysler, Burberry, and Sharpie. Go beyond Instagram envy, engagement rates, and the list of rules that marketers have created for themselves to get to the crux of the matter: being interesting and likable to Create Brand Attraction.

This is not your average business book. Kotick begins by reminding us that marketers are people too, and our job is straightforward: We need to help people like our brands. From that insight, he lays out a refreshingly simple way to approach just about any new platform or marketing strategy challenge.
—Jason Burby, POSSIBLE, President, Americas

In a refreshingly honest account of his own personal experience, Kotick succeeds at offering a ‘how to’ framework without resorting to the same-old, same-old of other, far less readable, business books.
—Thomas Gensemer, Burson Marsteller, Chief Strategy Officer

Michael Kotick is recognized in the marketing world, having served in leadership roles that range from traditional brand building and business acquisitions to digital marketing strategy. His unconventional and successful marketing initiatives across several brands for Fortune 100 companies (most recently as a Marketing Director at Nestlé) have been featured in Fast Company, AdAge, AdWeek, e-Marketer, and more.