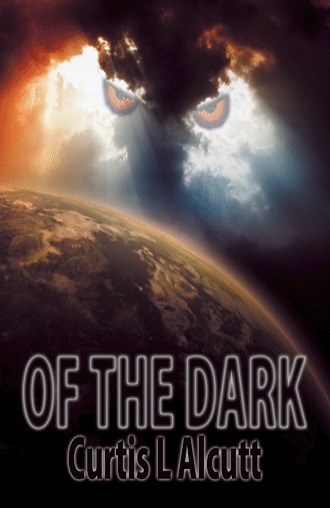 “Shut up,” Leslie whispered, huddled up next to Xylia. “Be quiet before that thing finds us!”

There was little chance their whispers could be heard over the screams of the injured men, the blaring fire alarm, and continuous gunfire. There was something wrong with the darkness that filled the lab. Even with the lights turned off, there still should have been some light, if nothing else from the electronic instruments that littered the lab.

The nauseating odor of blood almost made her yack numerous times. Bits and pieces, of the terrified officers’ voices, on the other side of the curtain, horrified her.

Without warning, the lights burst on. The mangled and violated bodies of several officers and lab techs littered the room. Tanner, after looking into the horrified eyes of his dead detective, John, slammed his fist on the autopsy table. “Shit!” He surveyed the survivors. “Everybody out, now! Evacuate the building!”

“Let's go,” Leslie said with a shaky voice. She then eased open the curtains she and Xylia were hiding behind. “Hurry before the lights go off again!”

While standing between spectral dimensions, out of the range of human vision, Asase closed her eyes and searched for her nemesis. For the first time in eons, Asase had all the right ingredients to rule a world of her own.

“I can smell you out there, Ninti or whoever you are now.” She bared her deadly teeth. “You won't catch me again. I'll be ready for your ass this time, you piece of shit!”

A pair of women interrupted her amusement of watching the survivors of her rampage. Under the cloak of her inter-dimensional travel, she walked over and stood by the horrified Xylia. Asase smelled the blood of Xylia's Atlantean ancestors coursing through her body. A menacing grin filled her evil face.

“Who, or what, could do something like this?” Leslie wondered as she stepped over and ran past bloody entrails and other mutilated body parts. “How is this possible?”

In a state of shock, Xylia bumped into chairs and dodged bodies as she ran past the black coffin. At the exit, trailing behind Leslie, the door slammed closed. Panicked, both women beat on the door. Tears streamed down Xylia's face. “Help! Somebody let us out! We’re trapped inside!”

Wide-eyed, Leslie looked around for another way out. She grabbed Xylia by the arm. “Quick! Follow me! There’s an emergency exit down the hall. If we hurr—” Leslie cocked her head and studied the terrified look on Xylia's face. “For God’s sake, what’s wrong? What are you waiting for? Let’s go!”

Breathless, Xylia cringed in fright. A tall, monstrous beast materialized behind Leslie. Its low growl rattled the walls. The burning eyes of purified evil met Leslie, causing her bladder to empty. Asase bent over and breathed furnace hot breath into Leslie's face. As she screamed, the beast slapped her aside, into the wall.

Asase turned to Xylia. “You now belong to me!”

Xylia was beyond scared. She was immobilized with terror. The beast closed its eyes. Its features melted and reformed into the woman they found in the black coffin. The woman-beast opened its eyes. Black smoke tinged with red sparks like campfire ashes billowed out of her mouth, nose, and ears.

Sobbing, stumbling, and flailing, Xylia backed away as fast as she could from the monstrosity. The streams of jet-black smoke came together into a single rope and floated toward her. As Xylia screamed, the rope of smoke flew into her mouth. After the last of it entered her, Xylia passed out.

Meanwhile, Leslie screamed in agony as she witnessed the bizarre event. First-degree burns covered her face. The body of the woman she'd seen in the black wooden coffin walked over and stood motionless before her. For one brief moment, she looked like someone who had just awakened from a dream. As she opened her mouth to say something to the cringing Leslie, her entire body ashed over, turned to dust, and fell into a grayish-white pile at her feet.

“What the hell?” Tanner said as he and two of his men ran into the office with their guns drawn.

Brett lowered his weapon, looked at the cowering, piss-stained Leslie, and then turned to Tanner. Yelling over the sound of approaching sirens, he said, “Man, her hair is all white!”

Millions of years ago, the beloved daughter of a powerful sorceress is brutally murdered. Naturally devastated, Asase sells her soul to the Dark. In exchange, she receives the power to carry on an eternal curse on mankind. Now in present day, Asase possesses the body of mousy Oakland museum curator, Xylia Christian.

Asase, or Xylia as she is known in the mortal world, is busy immersing earth in unholy darkness. If she succeeds, mankind will suffer her wrath forever. While leading a legion of bloodthirsty, cannibalistic ghouls, she races against the clock to stop the only thing standing in her way—a resurrected old man, Virgil Bodine. Accompanied by his ageless owl companion, Betoto, and a hulking stone guardian, Virgil advances from the east coast. As he fights his way through unimaginable horrors in an attempt to achieve the greater good, his mission seems all but impossible, until their paths finally collide and the fate of mankind is decided.

In this fantastical adventure, a resurrected old man sets out on a dangerous quest to stop a cursed demonic sorceress from carrying out her mission to butcher and destroy mankind.

Curtis L Alcutt is a kind-spirited adventurer who once lived a solitary existence due to low self-esteem. After seeking advice from talented mentors, his writing flourished and ultimately culminated into a book deal with Simon & Schuster. Curtis resides in California, where he is focused on converting his novels into movie scripts. This is his fourteenth book.