Timothy Brown is a Bad Boy 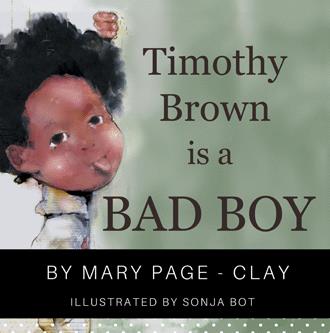 We went on a class field trip.
This time we went ice skating.
Timothy didn't bring in his money.
According to the principal, I still had to take him with me.
I did not let him skate! Another teacher offered to pay for him,
But I refused the offer. He had to learn-no money, no fun!
I ignored the wistful look on his face.
Besides, Timothy Brown was a bad boy.

Timothy always raised his hand during class.
Most of the time, I ignored him because I knew that he didn't know the answer. I pretended I did not see him and I called on someone who could answer the question.
Timothy was not a good reader but he seemed to like math, but he never finished the whole page of problems.
He also misbehaved during group work and I frequently had to move him.
Most of the students did not want to work with him anymore.
But I wasn't surprised because Timothy Brown was a bad boy. 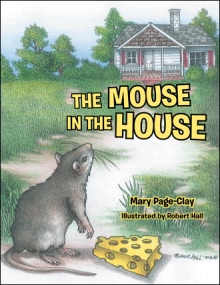 The Mouse in the House
Mary Page-Clay & Illustrated by Robert Hall
$12.45 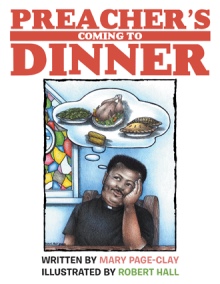 When a third-grade teacher starts the new school year, she’s excited to meet her students. But Timothy Brown is on her roster and he could be her worst nightmare. He has trouble reading, his behavior is bothersome, and he wants the starring role in the school play.

Timothy Brown is a Bad Boy, by author and former principal, Mary Page-Clay, is based on a combination of real-life incidents that occurred during her career as a classroom teacher. Timothy Brown will challenge preconceived notions to promote acceptance and understanding between students and teachers.

With a study guide to help facilitate small group discussions, educators are encouraged to share their personal experiences, identify opportunities for improvement, and build upon their shared strengths to teach children who challenge them.

Mary Page-Clay is a retired school administrator with over 40 years of experience in elementary schools across the United States and American Dependent Schools in West Germany. As a classroom teacher she developed a passion to reach children who were not excited about learning and did not feel supported by their teachers.
The situations in this book were inspired by real events that still occur in classrooms across the world today. Mary admits that it’s not easy to reach every child but she still believes that most people teach because they love children and want to inspire each generation to love learning. This book is designed to be used in elementary schools for staff development and includes a guide book with activities for large and small group training.
Mary still loves teaching and volunteers at a public school in Colorado Springs, where she lives with her husband. Her other books include “Preacher’s Coming to Dinner” and “The Mouse in the House”.


Sonja Bot has been a freelance illustrator for 5 years, infusing her distinct style into an array of formats, including textiles and advertisements. During her time teaching in China, she observed that students of all ages learned quickly when they were engaged by captivating imagery along with a great storyline, and education is now an important part of her design work and art. “Timothy Brown is a Bad Boy” is her first foray into the adventurous and fun world of children’s book illustration