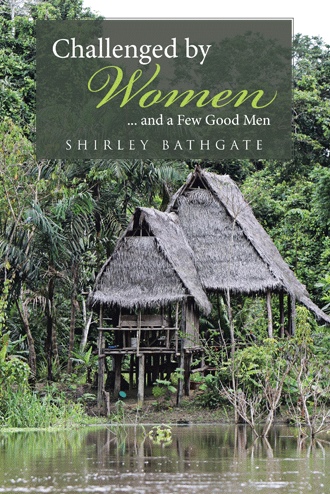 We returned to camp and I reflected on what I’d seen as we waited for the call to diner. Then as sat around a fire chatting on our last night in Peru, I pulled a touching story from the two California teachers. Many years earlier, on their first trip to Peru, they’d met four schoolboys living in extreme poverty and they had to do something! The two responded by returning to Peru every three or four months over the years with money, clothing, and school supplies for these boys they had come to love. I was extremely touched by the story of the selfless love of these non-Christian teachers, and then challenged when I met the four now teen-agers at the airport the next day. One boy, Teddy, especially tugged at my heart as we talked. The tall, sixteen year was the middle child of twelve children. His parents spent months away from home harvesting bananas for Dole as they struggled to feed their large family. I slipped Teddy my few remaining inti (Peruvian dollars), and he hugged me with tears in his eyes as he explained that those few inti would buy rice and beans for his family for a week. I kept a promise I made to Teddy to write, and the two of us corresponded until he graduated from high school. I had given generously, but never sacrificially, to the Lord’s work. I had taught Christian education classes and served on various church boards, but I’d never invested in lives in the way these two California teachers had. As I spoke to my Lord about my selfish extravagances, I felt His whispered call to missionary service. Unable, and unwilling to forget what I had seen, I began preparing to serve God in missions. I was pretty sure that God was not calling me to full-time missionary service, but I knew that I had to be involved in missions more than just serving on a mission committee back home in the comfort of an American church. Two years later, I had the privilege of returning to Peru to serve as a librarian for the summer with Wycliffe Bible Translators at their center in the Peruvian jungle near the city of Pucallpa.

Plenty of women—and a few good men—have made Shirley Bathgate into the woman she is today.

In this autobiography/memoir, she relives her childhood in Detroit, where she enjoyed exploring the alleys and playing at the big fire station at the end of her block with her brother and cousin.

But life wasn’t without hardships. After her father completed basic training, he was shipped overseas, where he spent almost a month going from unit to unit until he winded up at the last major battle of World War II—the Battle of the Bulge—where he died December 21, 1944, in his first real day of action.

She shares her experiences as a missionary in ten countries with six different mission organizations, including her work helping missionary James Kilgore photograph and interview women from the Central Asian republics who converted from Islam to Christianity.

Shirley Bathgate has earned a bachelor’s degree in education, a master’s degree in library science, and a seminary master’s in intercultural communication. She was the Protestant reference librarian in the philosophy, education, and religion departments at Detroit’s Main Library.