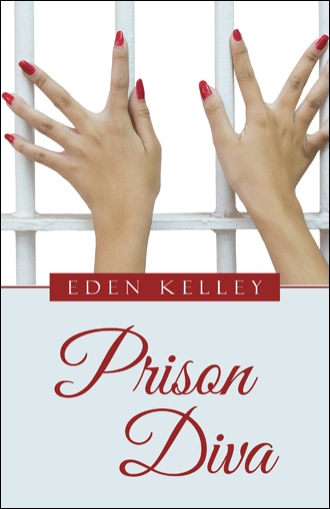 The bathroom was Eden's "safe place," where she could lock the door and hide away, sit on the floor, cry, or write in her diary. She could get away from Heath and think. Sometimes she felt like a little girl again, asking herself the same questions. "Why doesn't he like me?" "What's wrong with me?" Now she had this sweet little boy, and she felt that he had been brought into the middle of a very dysfunctional relationship. It grieved her, because he didn't deserve to be in this turmoil. Eden had never heard her parents argue openly and they seldom disagreed with each other. Why was she having this problem in her home? It didn't seem fair! She was ready to take her son and leave! She started to feel trapped and the wall between her and Heath was growing higher with each passing day.

Late one afternoon, Eden was sitting on the corner of the bed, staring out the window. She was cradling James in the left arm and covering his little ear with her right hand. It was as if she was in a Charlie Brown Special and she was on the phone listening to "wawawawawa," at the bedroom door. Heath was standing in the doorway on his crutches, scolding her in his loud, spiteful voice about everything she seemed to be doing wrong. Eden attempted to block his voice out of her head while she tried to shelter her son's ears. She sate motionless and nursed her baby, tears streamed down her face uncontrollably. She wondered when her husband's deluge of critical words was going to stop.....and if her life was ever going to change.

From the outside, Eden Kelley appeared to be living the life most women would envy. The talented wife of a music minister and mother of three boys, she had a nice home and was married to the man of her dreams. But soon after her marriage, her faith in God would be severely shattered when her dream becomes a nightmare.

Prison Diva shares Eden’s journey from abuse to finding God’s grace. As a young girl raised in a Christian environment, her beautiful home and the marriage she dreamed of would become a prison from which she could not escape. Through her own diary entries, Eden reveals how an abusive marriage and years of neglect would result in a string of events that lead her down a path of self-destruction. The diary becomes her best friend, and she is able to record her innermost thoughts, frustrations, and desires as she navigates the confines of a man and a marriage beset by dysfunction and abuse.

A true story of a woman’s desperate search for God’s help as she tries to escape from the cold, dark prison of abuse, addiction, and sin, Prison Diva chronicles Eden’s courageous journey back to God—and it stands as a testimony to his grace and forgiveness.

Eden Kelley is a wife and mother of three sons, and she is now remarried to a wonderful man who loves her unconditionally and accepts her just as she is. She has found forgiveness in Christ, and she hopes her testimony will help others seek out God for restoration from sin.