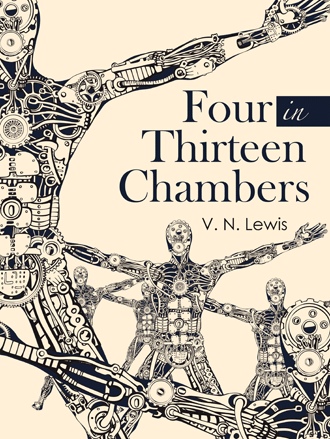 In Chapter 24:  Illumination V.N. Lewis describes, “Both positive and negative forces are implemented by the sun and moon. Merging war with peace, love with hate, evil with good, right with wrong, up with down, and other opposites is the set mind frame for this. Within a certain circumstance the extreme of what’s right and what’s wrong can take place. For instance, a person may say or do something that is offensive to your emotional being and you place that thought literally in the back of your mind while probably still within the same presence as that person. As you simply don't give a damn about the character of the other person you start to feel the opposite of what is expected. What was wrongly done to you is not a deal breaker in your character thus you gain positive energy from it while the other person is more than likely still possessing negative energy. You feed off of their negative energy and try to mirror it with its attraction of positive energy. Doing this while close to nature, or just a peek at a scenic view toward the sky will bring in the power. Your focus on the higher powers of either solar or luminance from the energy of the sun and moon pulls together matter and magnetism of both ends of circumstances. Focusing on the third eye chakra and the back of the head where the occipital is located can help you within this discovery of another realm. Thus forth, merging the two eyes until there is one is the key of infusion to this self- directing journey………”

V.N. Lewis once felt poor, uninspired, and like she was on auto-pilot, even though she was working for one of the richest corporations in America at the time. It was only after she resigned that she was able to embark on a spiritual journey of self-discovery that allowed her to look within to find valuable, sometimes supernatural insight into the body and soul.

In a self-help metaphysical guidebook, Lewis combines personal ancedotes with philosophical truths extracted from communication with higher forces into an interdisciplinary studies format intended to provide answers to a multitude of challenges humans face. Lewis covers the significance of trust in every relationship; why love is an important element of living a purposeful, prosperous, and happy life; why trusting in God helps attain inner peace; and why it is important to eliminate negative thinking. Through it all, Lewis encourages others to step outside their minds and embrace the enlightenment that accompanies complete oneness with God and ourselves.

Four in Thirteen Chambers shares personal stories, faithful advice, and metaphysical insight that will help guide anyone interested in taking an introspective journey through the body and soul.

V.N. Lewis combines basic knowledge from biology, anthropology, and sociology into an interdisciplinary studies format to grasp the meaning of organizational manifestation in the spiritual realm. The author earned a bachelors degree in Interdisciplinary Studies and later a masters degree in public administration. She currently lives in Fort Worth, Texas.