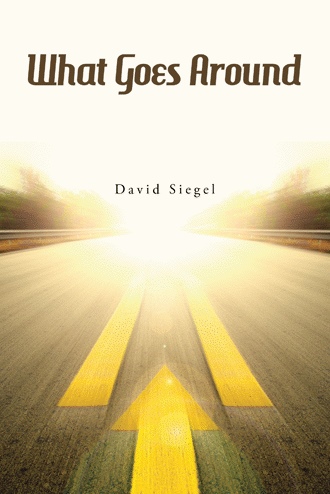 You can come home now

‘Please be careful. And call me.’

‘Don’t worry, Ma. Everything will be cool.’ As if Adam had a clue.

On the morning of the day after high school graduation, Baldwin High School, Class of ’75, Adam Strulovitz and his friend Stevie Schecter embarked on their hitchhiking adventure across America – a pioneer’s dream of discovery on the open road; manifest destiny at the tail end of the hitchhiking era. In their brand new, full-frame backpacks and Alpine hiking boots, they stuck out their thumbs, hoping their odyssey took them across the Mississippi, through the corn-belt, over the Rockies, and into the Pacific Ocean. Like so many before them; Lewis and Clark, Kerouac and Cassady, they were going to take the journey; write the next chapter in the American legacy. They felt ready for it, although they really didn’t know what it was. It was a leap of faith. Jump, and the net will appear.

Part of every paycheck Adam had earned over that year, working as a delivery driver for Ocean Chemist, one of Baldwin’s two family-owned pharmacies, had gone to the purchase of another essential survival item; a sleeping bag that could withstand temperatures of up to fifty below, powdered ice cream, water purification pills, enough snake-bite antidote to inoculate a small Peruvian village, waterproof matches, an ounce of Panama Red, three pounds of dried fruits and nuts, and more. Because this was an undertaking far greater than anything they had undertaken before, they wanted to be as prepared as they could. Adam had rarely ventured very far from his hometown, mostly school bus rides to other Long Island towns for sporting events, and weekend day trips into Manhattan to visit his mother’s sister and her family. The only other real vacation he had ever taken was when his parents drove him and his two brothers to Cape Cod when he was in seventh grade. They were supposed to take the full week right before school started but came home after four days. His older brother Charles was acting out. He wouldn’t, or couldn’t, be civil or non-confrontational. He was a year and four months older than Adam, about six years older than his younger brother Barry, and generally did everything he could to let them know what an impediment they were to his existence. This was more than sibling rivalry. This was open hostility – holding Adam down and giving him the spit torture, pushing him out of the hotel room when he was in his underwear and locking the door. Nothing their parents said had any effect. It seemed Charles’s whole purpose that trip was to make everybody miserable. And he succeeded. They came home early. The first and last vacation they ever took as a family. But it wasn’t the end of Charles’s bullying. That continued until he went away to college, SUNY Brockport, near the Canadian boarder. Not that it was all bullying, all the time. Over the years, there were periods – days, weeks - of relative calm, of family harmony, although at no point did Charles do anything to promote Adam’s or Barry’s happiness or emotional growth. Not a single olive branch did he ever extend. He was into his world; soccer, television, homework, one or two nerdy friends. When the darker, aggressive mood descended, he could be an unreasonable scumbag, destabilizing the whole family. More of the time, he was a distant yet balanced part of their family dynamic. Adam never felt loved by him. But there were periods he felt less threatened by him, and him by Adam. Adam did his best to avoid trouble. If Charles wanted to watch something different on television than Adam was watching, even if he had been watching for a while, it was generally a good idea to let him watch what he wanted. He had never been one to back down or concede. It would have been better if they had more televisions, but they didn’t. Money was always an issue in their house. If Charles didn’t want Adam touching any of his possessions, he didn’t, other than Charles’s drums, when he wasn’t home. And their parents did what they could to keep them out of each other’s way, although family dinners sometimes got pretty tense – one memorable one where Charles kept pushing Adam’s arm as he was about to put a forkful of food in his mouth, causing him to jam the fork in his face. It wasn’t funny the first time.

‘That’s enough!’ their mother screamed, again. ‘How many times do I have to tell you to stop!’

‘I hate him,’ Charles said, with an angry sneer. ‘I hope he dies.’ Their mother, enraged that her son had just wished another son dead, got up, rushed over to him, went to grab him by the shirt; not to hit him. She rarely hit Charles. He needed to be talked down. Barry and Adam, she had no problem smacking in the face to get her point across. Their older brother fought fire with fire. Hitting him always escalated the problem. She went to grab him by the scruff of his shirt, get in his face and let him know how fucked up what he had just said was. But he leaned back to avoid her grip, causing her to fall into him, hand-first, breaking her wrist against his chest. It was an ugly, crunching sound. It stopped them in their tracks – like they were a still image. She still screamed at him that he was never to wish his brother dead again, her face incredibly pale.

‘You better straighten out,’ their father said angrily to Charles. He drove their mother to the hospital to get a cast on her arm that she wore for six weeks, during which time the emotions in their house were relative calm.

Adam believed his brother’s dark behavior was rooted in depression, something their parents didn’t know about or made the conscious decision not to deal with. Either way, without any kind of intervention, they were powerless to stop it. So they lived with it. Even when things started to get more serious. During Charles’s freshman year in college he got into bodybuilding, and all the steroids that went with it. And that combination of steroids and depression was toxic in terms of his social stability. Not only did he gain a hundred and ten pounds in six months - some muscle, mostly bulk - but he had developed an obsession with sleeping, in the morning, afternoon, evening, it didn’t matter. It seemed like all he wanted to do was sleep, eat, and workout. If there was unwanted noise he would become irrational, screaming to let him sleep, sometimes punching holes in the wall in his anger, and then storming back into his room, slamming the door until the shocked silence once again descended.

‘Let him be,’ their mother would say. ‘He’s going back to school in a couple of days. Just try to live with it until then.’

If Adam’s parents couldn’t do anything about it, what could Adam do, other than walk on eggshells when Charles was around, and avoid him as much as possible, which wasn’t that hard because Charles wanted as little to do with Adam as Adam wanted to do with Charles. The only time it got really tense and threatening was when Adam didn’t know Charles was in his room sleeping at three o’clock in the afternoon, and he started playing his drums, something he had started doing earlier that year when Charles went to college and left his drumset home. Adam had always wanted to play drums, ever since the third grade. Stevie Shecter had a drumset growing up, and the few times Adam had gone over to his house when he was younger, he loved banging on them. It felt natural. But his parents weren’t into it. To them drums wasn’t really an instrument. So he blew a clarinet for less than a year, and that was the sum total of his elementary school musical education. Then, for Charles’s fourteenth birthday, their parents bought him a drumset. Some of their neighbors started playing drums, and Charles wanted to be a part of that neighborhood vibe. It was good to get Charles involved in something, especially something that channeled

Adam Strulovitz was born in 1957, the year more children were born than any other year in American history. His story, however unique the details, is modern man’s story: coming of age, trying to live up to his potential, and trying to find happiness. Adam knows no one is responsible for his well-being but him.

Through two main relationships—with his troubled brother and a woman he meets on a cross-country hitchhiking adventure after graduating from high school—Adam confronts who he is as a man, a friend, a sibling, and an artist. He hasn’t spent all those lonely hours practicing, writing, and recording for nothing.

Between a sense of insecurity and the rock and roll fantasy, life happens, both the pleasure and the pain. Ultimately, Adam accepts his life on its own terms, working, practicing, and forging ahead. Through years of artistic dedication enacted mostly in solitude, What Goes Around builds to a finale that incorporates a good deal of what Adam has been working toward. It’s all about acceptance. Adam learns to keep the negative impulses at bay, to keep going, to keep creating—because life’s struggles are always going to be there.

David Siegel is a writer and musician who lives with his family on Long Island. This is his first novel.