A Potpourri of Fictional Short Stories 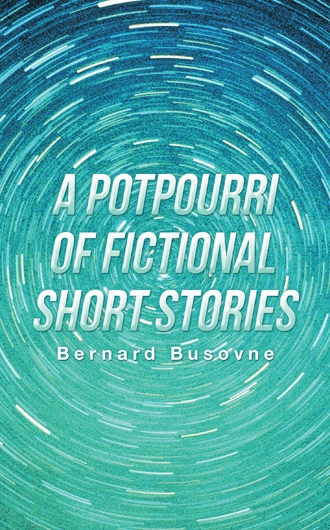 Abner stood towering over his youngest child like a giant fir tree dwarfing a seedling. Rachel’s words paralyzed him. The request to attend high school was so preposterous that it took some time before Abner’s mind could process the thought. Finally, he responded by saying, “it is forbidden by the Ordnung.” He turned and walked out the door, ending the possibility of discussion.
For the Old Order Amish, the Ordnung is the unwritten code of conduct. It is the traditional, expected way of behaving by which all baptized Amish are to comply. Although Rachel was not yet baptized, that did not change her behavioral expectations. This is common to most religions. Two threads were woven in the warp and woof of the Ordnung: Demut, humility, and Gelassenheit, submission.
The thing that disturbed Rachel the most was the fact that there was no discussion on this matter, no chance for compromise. The case was closed before it was opened. The only time the Ordnung was discussed was in preparation for baptism, and then it was discussed to make certain the candidate understood the behavior which would be expected.

Both heroes and villains have lived among us for centuries. In an entertaining collection of short stories, Bernard Busovne offers a fictional glimpse into history through the eyes of diverse characters who teach through their experiences that life is often more unpredictable than not.

Forty-five minutes into the first battle at Bull Run, Edmund Personage is hit by a rebel musket ball that ends his military and firefighting careers. As his unhappiness leads him to a new beginning as an apple farmer in California, he has no idea that a gift of several camels will eventually change everything again. It is 1846 as twenty-two-year-old Simeon Thatcher attempts to survive the perils along the Oregon Trail. When he spots something shiny just off the trail, Simon is about to realize that friends sometimes appear in the most unexpected ways. Hans Schuckers is an eighteenth century clockmaker who lacks skills as a businessman. When his failure to pay his debts lands him in jail, something mysterious begins happening to all the clocks in his town.

A Potpourri of Fictional Short Stories shares imaginative tales that lead others back in time as a variety of personalities attempt to tackle life’s greatest challenges.

A navy veteran of World War II, Bernard Busovne is retired from Penn State University, where he served as director of graduate admissions. Prior to his tenure at Penn State, he was catalog librarian at St. Francis College, Loretto, Pennsylvania. In addition, he has taught Latin at Moorestown and Burlington High Schools in New Jersey. He lives in Niceville, Florida, with his wife of sixty-two years, Madeline Setzer Busovne.