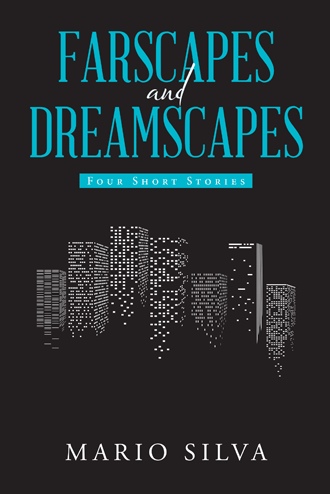 “I never wanted to write an epic poem. That was something that was left for greats like Milton and such. That is why I stay in the sunlight, that way I don’t burn out. Those were the thoughts I had on the day I died.

That was something that was written in that letter. It had no signature. Anyone that could have read it would say that it was just a bunch of nonsense, I knew better. I just didn’t know what that meant yet….

I found the letter in an amusement park in the corner by the Ferris wheel, it was placed on that little box office place where they sell you the tickets to get on. It was in an envelope like the kind you use for graduations or weddings. The place was deserted; I just went there on the weekdays on my regular run, it was placed there on purpose. The envelope was addressed to me.

In a collection of four stories, author Mario Silva offers an exploration of the furthest reaches of what it means to be human. These tales consider the things we do—and the things we are sometimes forced to do.

In “Galahad,” Sir Galahad suddenly finds himself in a place that he finds difficult to understand. There he meets a young girl who teaches him not only the ways of the place but pushes his code of chivalry to the limit. In “The Letter,” Jennifer Ashton is on her morning run when she finds a letter from her deceased husband; as she reads it, it gradually turns into regular garbage. She then begins receiving messages that seem to come from nowhere, pushing her to the edge of sanity. “Cigarette” tells the story of a man trapped in the zombie apocalypse who only wants to find his next smoke—no matter what. In “First Thought,” a man traveling the world after humanity’s end meets a young boy, and together they encounter unearthly creatures and spirits—one of whom challenges them to an unexpected game.

These four short stories examine the factors and habits that lead humanity both away from and toward redemption and forgiveness.

Mario Silva has degrees in multidisciplinary studies based on English literature and in psychology. He enjoys science fiction and superhero tales, and his comic book collection has reached the one-thousand mark. He lives with his family and cat, Luna, in El Paso, Texas.