Beyond the Quest to Become a Physician

Insightful and Inspirational Tales of Parenting, Perseverance, and Pediatrics 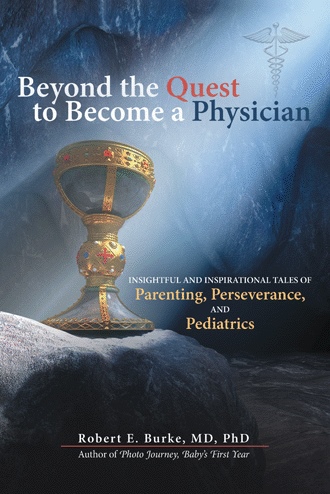 Part 1: Before The Quest

Like a knight-errant or quixotic visionary, he was relentless. Almost everyone he met encouraged his pursuit of some day being anointed “physician”. Encouragement always pushed him onwards, but was never sufficient for meaningful direction. How he started on that quest is not known for sure. He can’t remember when it became his raison d’etre, but he does know that his mother would always tell folks that “Bobby will be a good doctor some day. He has wanted to be a doctor ever since he was four years-old”.

Really? Four years is not old or enough time to have become knowledgeable about career options. In fact, he had not travelled anywhere outside of his small town. He had not known any doctors. He likely did not even know what doctors do except that they help people. He was not exposed to physician role models at four, and he had not yet drunk from the chalice of imperfect knowledge known as a television. Nevertheless, he also told people who asked that he would become a physician. This is what his ‘queen mum’ told him, so it must be true. This question usually came from teachers or curious relatives or family friends. Was it his quest or was it chosen for him? Regardless, his quest began very early. He swore allegiance.

This is a true tale of that quest. The adventure brings challenges, knowledge, character changes, distractions, and revelations. At times it seems that he will never escape the home castle as gates would close, or the drawbridge would be raised, or the moat would fill with dragons and beasts of uncertain danger. But as he manages these first hurdles, the quest gets underway. To be anointed physician, however, he must earn the medical degree. He learns of the fortress that holds the degree. But the goal remains elusive. He attempts to scale those hallowed walls but he painfully fails, time and time again. The guardians of the fortress and its degree have created barriers that seem impenetrable. His queen sends words of encouragement and emissaries, but to no avail. As he wanders away hopelessly, a new vision takes hold of his life, but so does a new queen. He pursues that new vision with zest and fortitude and just as he has reconciled himself to this, his queen talks of how he could still become a physician. She had met a sage who sent direction and new information. Relentless but half-expecting to fail, he resumes the quest, hoping that this time it will be different.

Allegory as noted above, about knights, castles, queens and quests, emulates the story of my life. Quest, the word most often associated with a medieval knight’s pursuit, would be my best one-word description of what it was like to strive to become a physician.

There are many forces that drive our ambitions. Those forces are emotional, cognitive, social, religious, and perhaps fateful. Ambition often springs from ability and hope for change. Knowing that a goal is worthy, and knowing that one is capable of achieving that goal, can drive our actions and ambition. Multiple forces sustain us during difficult times, providing the ingenuity to overcome obstacles, and the comfort to forge ahead. And so it was for me. At times, it seemed like chasing windmills, trying to find the Holy Grail, naively perhaps, but steadfast.

To become a physician, this is what I knew was my life’s purpose. Seeking the real or symbolic Holy Grail for its special powers and the happiness it could bring has been the theme of much literature. So it is with the quest to become a physician. Special healing powers, knowledge, wealth, status, and happiness would be bestowed upon that person. Although the thought is often there, that becoming a physician is accompanied by the immediate transformation of self and the securing of one’s destiny, it does not happen like that. Only in fantasy does that happen. Reality sets in. A portal, though, to a new life opens. I wanted to enter through that portal.

Chapter 1: Just What They Needed, Another Boy

The why of whom we become

There has been much written about how we have no control over our fate. There has been much written about how we control our fate. Where is the truth? Is there a master plan for every single human being? Do we live the life we earned in a prior life? Or, is it all about chance? Do bad or good things simply happen, regardless of how we live our lives? Is it about opportunities and lack thereof, or is it about genetics? Is it like the song from Jesus Christ Superstar (1) laments, “…everything is fixed and you can't change it”?

Anyone can claim to know the answers to those questions, the why of whom we become. But no one really knows. It would be nice to have a “sorting hat” like that used on the fictional characters in a Harry Potter novel (2). Place it on the newborn’s head and put that child in the right house. A nano-version could sort out the unborn. Sorting could optimize every life. This one plays rugby, this one becomes a doctor, this one creates music, this one writes, and this one leads the greatest nation on Earth. Unfortunately, we have no such tool. But we do have the influence of family, friends, and faith. We can look to science, experience and reason, as well as intrinsic and extrinsic motivation. Those are the hats we wear, not always separate, but they are determinative. 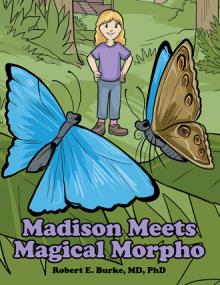 As a young and impoverished child, author Dr. Robert E. Burke knew his life’s purpose was to become a physician. However, no one could have predicted the tortuous path he would travel in that quest and beyond. In Beyond the Quest to Become a Physician, he provides perspective on his life as he narrates his reflections on the influences that have shaped him throughout the decades.

In this memoir, Burke weaves childhood, adolescent, and other personal experiences with the latest information on brain development to provide insight as to how one’s experiences influence whom that person becomes. From the moment of one’s first breath, one’s experiences are unique. He discusses that who one becomes is driven by the interplay of genetics, expression of those genes, and cognitive-socio-economic influences.

Beyond the Quest to Become a Physician shares some challenges, knowledge, character changes, distractions, and revelations that Dr. Burke experienced. Therein he provides insight not only to the quest but also to the profession. Through his inspirational and true tales, he helps others to envision how parenting, goal-setting, perseverance, and character create the difference between success and failure.

Robert E. Burke, MD, PhD, is a retired pediatrician who cared for thousands of children in his thirty-three-year career. He was a solo pediatrician in a small rural town in Pennsylvania and later served as vice chairman and associate professor in a large multispecialty group associated with a medical school in Temple, Texas. Burke mentored hundreds of students and physicians. He is a married father of four children and has eleven grandchildren.