Wisdom of the Universe 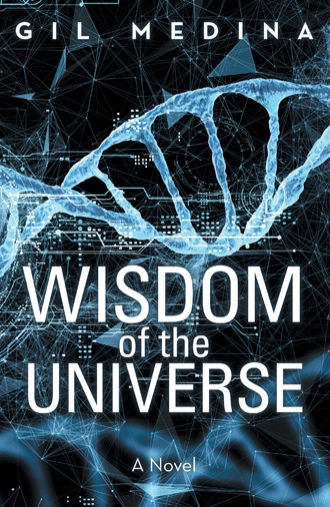 An acerbic German economist stood behind the podium and surveyed the members of the Multilateral Coordinating Commission gathered in emergency session in the Palais du Commerce in Paris. The Commission was a powerful body representing the interests of the world’s largest corporations. It was organized along the lines of the G-8, except that its membership was larger to accommodate the world’s most significant enterprises.

Member firms controlled a substantial share of the world’s GDP. If the commission members acted in concert, they could destroy the economic foundations of any nation. By undertaking a joint sell-off of a country’s currency or debt instruments, they could undermine its entire fiscal and monetary system.

By disinvesting in the nation’s private enterprises and public infrastructure, they could create massive business failures. If they withheld critical supplies to military, police, farms, and factories, law and order would disintegrate. Mass chaos would ensue, and the nation’s institutions would collapse.

Never in history had elites enjoyed more wealth, power, and control. In prior centuries, military force had been valuable because it gave nations effective control over labor, raw materials, and energy. In the modern world, these factors were losing significance as creators of power and wealth.

Knowledge elites used their technologies to create, manipulate, and merchandise the platinum of the new era: Information and innovation. Ideas constitute real power and no army can staunch their blitzkrieg across national borders.

The German economist had been asked to provide the Commission’s Governing Council with a report on current geopolitical trends. He spoke in a low, even voice. “Two forces are converging to transform society: population and technology. In 1798 the great British economist Robert Malthus predicted that as population increased, the yield of the earth would decrease. He believed that humans would eventually overtake their food supply. Malthus and his followers overlooked the possibility that changes in methods of production could allow us to postpone the inevitable.

“Technology has, in fact, enabled us to exploit the earth more efficiently and to support unprecedented population densities. However, Malthus’s central premise—that a time will come when the earth’s population will become unsustainable—is correct.

“And in a way, technology is compounding the population challenges we are confronting because automation, robotics, and computers are replacing human beings in their productive occupations. As human populations grow at unprecedented rates, ever-increasing numbers of people are becoming more irrelevant to the world’s economy.

“Already our world is experiencing the most severe employment crises since the 1930s. Approximately one-third of the world’s workers are either unemployed or underemployed. In both developed and developing nations, these conditions are endangering social cohesion.

“In our new, competitive world economy dominated by knowledge-based industries, the keys to economic success are specialized human resources and more effective production systems. Technology will consign the unskilled to irrelevance. Our machines will become our proletariat.

“And class warfare is assuming many guises, including that of religious extremism. Fundamentalists of all faiths claim that the problems of the world stem from secular influences. To them, the path to ‘justice’ lies in a return to the original message of their faith, combined with a scrupulous rejection of all innovation. They have begun to enforce their own moral teachings by intimidation and terror.

“And to further compound an already unstable global social order, the conditions of inequality that we are observing today will intensify. With uncontrolled population growth and the acceleration of the technological revolution, we are on course for class warfare on an unprecedented scale. Unless we take all appropriate measures, the victory of capitalism over dialectical materialism will become nothing more than an ideological Dunkirk.

“From inside your global village, you may see a utopian future of unlimited possibilities. Like Moses, you may be preparing to lead the masses into the postmodern age. But do you believe for a moment that the masses wish to be led by you anywhere? They say, ‘Better to rule in a workers’ hell than to serve in a capitalist’s heaven!’ You will soon discover that the conflagration of class warfare is already consuming your global village.

“I can summarize the facts as follows. First, Malthus was correct in asserting that the earth can only sustain a finite human population. Second, voluntary means of population control and those that depend on government action are unreliable; they are easily undermined by ignorance and fundamentalism, both of which are on the rise. Third, technology is rendering almost 80 percent of the world’s population economically irrelevant. These redundant masses will contribute to explosive social conditions. Fourth, war, famine, disease, and natural disasters—the four horsemen of the apocalypse—are the most reliable ways to control human population. Fifth, our modern technologies have placed the reins of these four horsemen within our grasp.

“With today’s telecommunications, weapons, and transportation systems, Lenin’s dream of a dictatorship of the proletariat could become a global reality in short order. And modern-day revolutionaries will not be satisfied with storming the Bastille and guillotining three thousand aristocrats, as in the French Revolution. Today they can storm our global village and completely eradicate the ruling elites of the world.”

He paused then finished excitedly. “The conditions and technology to exterminate you exist today!”

In the first half of the twenty-first century, the winds of renewal that drove the affairs of humankind near the end of the previous century are spreading democracy and the rule of law to significant portions of the world. But some twentieth-century discords remain unresolved, and fanatics, unable to organize official armies, turn to terror instead.

When a shadowy extremist group deploys advanced technologies to kill off whole segments of the human population, Martin Molina emerges as a reluctant champion of the people seeking to help stop the massacre of innocents. A former marine who is deeply spiritual, he finds himself forced into working with military and law enforcement personnel from around the world—some of whom were once his adversaries—to locate the source of the tech causing earthquakes and spreading chemical and biological agents that are killing millions. Only time will tell whether he will succeed in protecting humanity from those seeking to harm it.

In this science fiction thriller, one man joins forces with a multinational team of experts to prevent a terrorist group from using advanced technology to destroy the world.

Gil Medina is a former New Jersey state commerce secretary who has served in the fields of technology, law, finance, biotechnology, government, and politics. He has worked with heads of state, cabinet ministers, senior government officials, and corporate executives to promote global investment and trade. The president of Brazil conferred upon him the rank of commander in the National Order of Cruzeiro do Sul in recognition of valuable services rendered to the Republic of Brazil and its citizens.