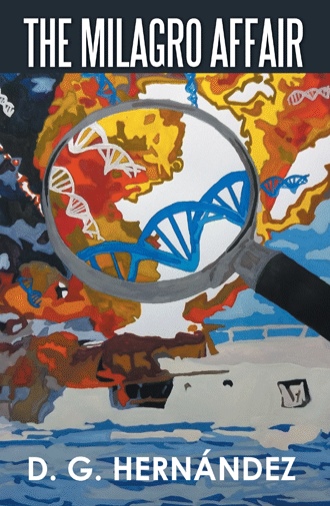 David sat alone in his yacht’s stateroom. He sat in complete silence, assembling his thoughts, remembering the day. The day when the idea of the elusive gene first came to him. The gene he now so passionately sought. He could picture the day as clearly as he could picture the day President Kennedy was assassinated or when the Challenger exploded as it sailed into the heavens.

There was nothing special about that day in 1987, nineteen years ago. The day started out like any other, David arrived at his office, listened to his phone messages, answered some, deleted others. By mid morning he was ready to leave and get to the library. The autodidactic David was studying genetics, in particular genetic diseases and disorders. Single gene disorders quickly captured his attention.

During his genetic research he came across a very interesting syndrome, Williams Syndrome. The rare neurological disorder that is caused by the deletion of 28 genes from the long arm of chromosome seven. Individuals with the disorder experience heart problems, unusual facial features, widely spaced teeth and low nasal bridge. The symptom that stood out most for David was that children with Williams Syndrome were very gregarious and very much at ease with strangers. How does a genetic disorder influence a social skill? He asked himself.

With this question in mind, David sought out to identify other social skills or disorders that are determined by genetics. If lack of certain genes from chromosome 7 makes people more gregarious, then the question becomes why? But better yet, he asked himself, what is the function of these 28 genes. Why were these genes present in the first place? David decided to look at the twenty eight genes whose elimination caused those with Williams Syndrome to become gregarious.

David observed the general population, not just the Williams Syndrome population, and wondered why some people were more at ease with strangers while others were not. In the Williams Syndrome population, he knew it was the deletion of about twenty eight genes, but what about the general population, what determines their varying degrees of sociability? Which one of these twenty eight genes is causing us to be less sociable and less comfortable with strangers, is it all twenty eight genes, fourteen or seven that is responsible. Is it possible that a single gene can determine social behavior? David asked himself. If it is a single gene that determines sociability, then why is it expressed in some and not in others? Why are some people very timid and some very extroverted. Expressed or unexpressed gene, the words kept bouncing back and forth like a tennis ball in David’s mind. Do we have a choice in the matter, expressed or unexpressed? Of course not. Our genes decide for us, some are recessive and some are dominant, that’s it, genetics holds the answer. David told himself, suddenly realizing he had just come across the answer to an illness that had afflicted the world from time immemorial. Well, maybe not, maybe it’s not genetically driven. Maybe it’s just a crazy idea that popped into my head. He retreated. But what if my hunch is correct? David kept asking himself. What if my hunch is correct?

His ecstasy was quickly overtaken by panic. Shit, maybe others have come up with the same theory, and if they have, they're miles ahead of me in making the discovery. Will I be wasting millions of dollar to finish second? I don’t care if I lose everything I own, I’m going for it, David told himself.

He tabled all of his other projects, concentrating only on genetics and genetic engineering. David read every scientific journal he could get his hands on. He needed to come up with proof of concept, otherwise his idea was dead in the water. He traveled throughout the world, trying to have his idea validated. Geneticist after geneticist shot his idea down, telling David that his idea did not have any scientific basis, that he needed to look elsewhere for the answer. On occasion he did receive words of encouragement, but was told that the required science and technology needed to show proof of concept did not exist, especially in the field of genetics. The dejected “Don Quixote” had no choice but to abandon his quest. Dulcinea would have to wait.

It didn’t take long for David’s luck to change. He struck gold in 1990, the year the human genome project was kicked off and only three years after his epiphany. The US Department of Energy’s Office of Health and Environmental Research together with the National Institute of Health initiated the three-billion-dollar, fifteen-year project. Mapping the human genome breathed life into David’s dream. His idea was one step closer to becoming a reality, albeit a very small step. Fifteen years was a long time to wait but he had no choice.

David’s dream really began to pick up steam on June 26, 2000, when President Bill Clinton and British Prime Minister Tony Blair jointly announced via satellite broadcast that the mapping of the human genome had been accomplished. Five years ahead of schedule. While not one-hundred-percent sequenced it nonetheless gave David the science he needed.

David rose from his desk and left his stateroom. It was time to meet with the Race Group. His heart raced with anticipation, faster than it had during any of his marathons. He was about to make the most important business proposition of his life. David was about to reveal his brainchild - a secret of nineteen years.

“This is big, David. Being able to genetically alter people’s DNA through an airborne retrovirus. Shit, if we pull this off, we can make gazillions of dollars. I move we accept David's proposal,” Rosalind said.

“And there's one more thing. There's a gene I want us to discover and eliminate it from our DNA”

Silence fell over the room when David told them of the gene he sought to discover and destroy.

David Lorca escapes the barrio in San Antonio, Texas and achieves much success in the software and pharmaceutical business. In spite of his success and accompanying wealth he is still haunted by the racism he experienced as a youth.

Knowing that traditional approaches to solving racism have had little or no success he turns to science for answers. David Lorca seeks out a Gypsy geneticist that has been under the control of Neo Nazis for most of his life for help. After many years of clandestine research the Captain, the Gypsy geneticist’s name, discovers the racist gene in humans’ DNA.

The euphoria of having discovered the racist gene is short lived. David commands the Captain to find a way of eliminating the gene from peoples’ DNA. A trusted member of David’s team betrays him and decides to sell the discovery to an arms dealer who represents the world’s power brokers. The self anointed world power brokers come to the conclusion that they must stop David and the Captain from eliminating racism at any cost.

Daniel G. Hernández was born and raised in San Antonio, Texas. In 1969 he left home and journeyed to the University of Wisconsin at Madison. With a college degree in hand he returned to San Antonio and started his construction business. Daniel took time out from his career in the construction industry to serve, at the request of the Mayor and San Antonio City Council Members, on various boards and commissions. His commitment to the City of San Antonio, and in particular to the Chicano Community, grew to the point that he left the construction industry and joined the nonprofit world. Daniel became the Executive Director of The Avenida Guadalupe Association and later became President and Chief Executive Officer of The Mexican American Unity Council; both are community based organizations in San Antonio, Texas. Daniel is presently working on his second novel, The Alamo Affair. Daniel’s favorite hobby is long distance running; he has run over twenty marathons, including the Boston Marathon.