A Journey to True Happiness 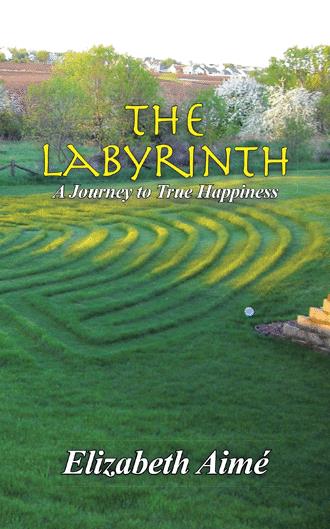 An excerpt from a short story, THE HARSH REALITY OF CHICKEN EVERY SUNDAY.

One Saturday in early June, Anastasia's mother had been in the garden all morning acquiring what Andrew called "her usual sunburn," She stopped hoeing weeds from the tiny bean plants long enough to ask her mother an important question. "Mom, do you have the chicken ready for tomorrow's dinner?"

"Girl, I'll be in the garden all day today! If you want chicken tomorrow, you'll have to slaughter one and dress it yourself!"

There was the challenge! Was she up to doing this--something she'd never done on her own? "Ooh, really?" Anastasia couldn't believe what she'd just heard. Could her mother be serious?

"That's right. It's up to you," her mother replied, on her knees weeding the strawberry bed.

Anastasia dropped her hoe, not feeling too bad about giving up that task, and headed to the stand-alone garage behind the house to look for the corn-knife she'd seen used to chop the heads off chickens. She was half-hoping she wouldn't find it and half-hoping she would, because having fried chicken after church on Sunday was pretty important. In fact, she couldn't imagine what Sunday after church would be like if there were no chicken dinner--each piece fried to a yummy golden brown, with boiled potatoes and the delicious German-style milk gravy she'd learned to make the way her Gran did.

With a prayer in her heart and a corn-knife and a hooked-wire chicken-catcher in hand, she arrived at the chicken house, which stood below the driveway and next to the brooder house. She laid the corn-knife on the chopping block, a two-foot length of unfinished wood, a bit apprehensive. "Hooking the leg of a chicken is a challenge all by itself! she said with a snarl. She'd seen it done many times, but this would be her first time. "I can do this!" she told herself. It took several tries, but finally she snagged a nice white rooster and pulled it close enough to grab the legs and run to the chopping block. He squawked and squirmed, but she did not let go. She didn't want to have to go snagging again!

With both the rooster's bony legs in her left hand and her right foot pressing on the head, she raised the corn-knife, aimed exactly, and dropped it on the chicken's neck with a hard whack.

The Labyrinth: A Journey to True Happiness embraces several personal questions. Who are you? What have you been put on earth to do as you live the life—the gift—given you? In a collection of short stories, Elizabeth Aimé gives clues to assist you in discerning your own vocation—your calling. Without resorting to preaching, boasting, or complaining, the stories show how one’s calling can and does change over the years. You’ll laugh and cry as you share the hills and valleys and the twists and turns that comprise the labyrinth through which one journeys to true happiness.

Along the way marked out by the stories in The Labyrinth, you’ll come to see that every human life is precious, and every person has a distinctive part to play in God’s creation. In finding our way, it helps to see where we’ve been. The memories we hold in our hearts serve as clues because—if we are wise—we put aside what turns out to be insignificant and keep only what is vital to who we are and what we believe.

This collection of short stories follows the path of one individual who wondered, made choices, and learned how to discern a vocation for living well while journeying to true happiness.

Elizabeth Aimé is a wife, mother, grandmother, and lifelong, passionate writer. She and her husband, married for more than fifty years, live in the Midwest. They enjoy visits from their six children and thirteen grandchildren. Her debut book was a children’s story, A Peaceful Home for Red Rock Hen.